Bionano Genomics (NASDAQ:BNGO) stock, along with most other meme stocks, has been tumbling in recent weeks. But unlike most other meme names, Bionano has a highly disruptive product, and its shares are tremendously undervalued. BNGO stock is down 20.8% in the past month. 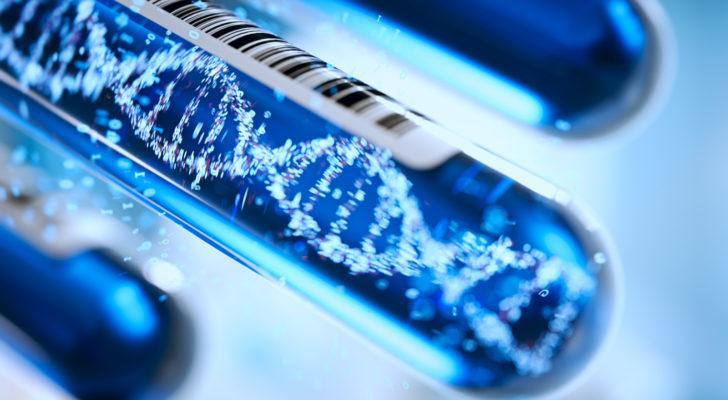 a visualization of DNA in a vial

As I’ve explained in other columns, Bionano’s main product, Saphyr, detects variations in DNA that enable doctors to correctly diagnose many more patients than they can with competing systems. Further, the product gives scientists the opportunity to discover cures for many more diseases than competing systems.

Meanwhile, researchers are constantly discovering that additional diseases can be detected more effectively with Saphyr and the product is much cheaper than more widely used systems.

Bionano Stock Has Been Sinking

BNGO stock has not been spared from the meme-stock collapse, as the shares tumbled 25% in the month through July 14.

But the tremendous utility and potency of Saphyr make Bionano different than most other meme stocks, including GameStop (NYSE:GME), AMC (NYSE:AMC), Ocugen (NASDAQ:OCGN), and FuelCell (NASDAQ:FCEL).

Unlike those names –which have also been slumping mightily — BNGO stock should be bought on weakness. That’s because, as I mentioned earlier, Bionano, in marked contrast to the majority of meme stocks, has a very potent product and, from a long-term perspective, BNGO stock is greatly undervalued.

In recent months, new data that increases the value of Bionano’s Saphyr has been frequently released.

For example, in a study of pediatric leukemia patients, Saphyr’s diagnoses were 100% in accordance with those of traditional methods of DNA analysis, Bionano reported on July 14. And in 60% of the patients, the product uncovered “new clinically relevant information, the company stated. It added that:

” the new information that (Saphyr) revealed could represent an opportunity for improved treatment options, patient stratification, or medical care. In addition, these findings uncovered novel gene fusion events that are being explored for prognostic applications in cancer management.”

Moreover, when analyzing “patients with chronic lymphocytic leukemia,” Saphyr was able to produce more information than the commonly used tools in 45% of the patients, Bionano reported. This shows that the product enables more thorough diagnoses than “traditional cytogenetics techniques,” according to the company.

On July 7, Bionano announced that in separate studies of the DNA of patients with “genetic disease” and those with blood cancers, Saphyr’s findings were 100% in accordance with more traditional, widely used DNA analysis tools.

Further, Saphyr was more exact than those products when it came to analyzing “breakpoints and the identification of genes they affect, the detection of smaller cancer-associated events that usually escape detection by traditional means, and the discovery of additional complexity of rearrangements,” the company noted.

The Bottom Line on BNGO Stock

On June 16, research firm BTIG started coverage of BNGO stock, giving the shares a “buy” rating and a $10 price target. The firm thinks that the company is close to revolutionizing the DNA analysis market. What’s more, it believes this sector has a total addressable market of as much as $1 billion.

Finally, the variations that Saphyr detects ““could become a significant part of the genetic analysis market,” BTIG believes.

Bionano is one of the few meme stocks that has very strong fundamentals and is meaningfully undervalued. With its Saphyr product poised to disrupt the rapidly growing DNA analysis sector, saving millions of lives, Bionano has been unjustly lumped in with the greatly overvalued meme names.

On the date of publication, Larry Ramer held a long position in Bionano.

Larry has conducted research and written articles on U.S. stocks for 14 years. He has been employed by The Fly and Israel’s largest business newspaper, Globes. Among his highly successful contrarian picks have been solar stocks, Roku, and Snap. You can reach him on StockTwits at @larryramer. Larry began writing columns for InvestorPlace in 2015.

The post You’d Be Wrong to Paint Bionano Genomics Stock With the Meme-Stock Brush appeared first on InvestorPlace.