Analyzing top electric vehicle stocks is a difficult task these days. Not only are these companies overvalued, but they are also very unprofitable. All the activity you see is predicated on the belief that the sector will benefit from a pivot towards renewable energy the world over. XPeng (NYSE:XPEV) stock, up 73% in the last month, is a net beneficiary of this trend. 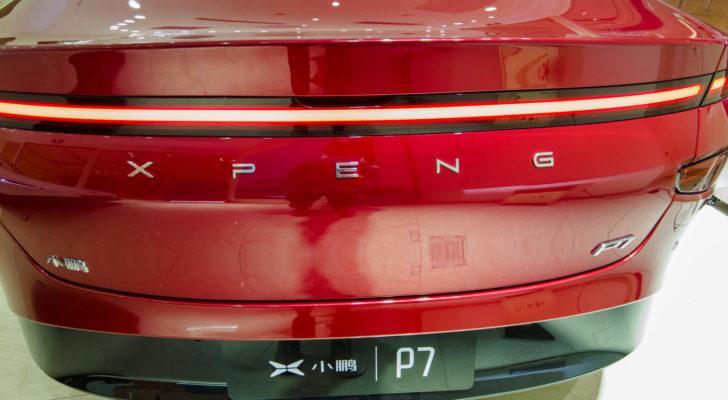 However, the major question investors are asking is whether there is any upside left to exploit.

The EV industry experienced tremendous growth last year. But it is currently slowing down due to a global semiconductor shortage and overvaluation concerns. So even though you might be skeptical, now is the right time to invest in XPEV stock.

For one thing, the financials for the company have improved by leaps and bounds. One has to give credit where it’s due. Deliveries are at an all-time high and the net loss is narrowing.

On top of that, in March, the XPeng P7 fleet set a new benchmark for long-distance autonomous driving by mass production passenger vehicles. XPeng is also acting upon its aspirations to become a truly international smart EV brand and diversify its revenue stream for the better.

All of these lead me to believe the future is bright for this stock.

XPEV Stock: Fundamentals Are Catching up

XPeng recently announced its vehicle delivery results for March and the first quarter of 2021. March deliveries increase 384% year over year and 130% sequentially. In Q1, the Chinese EV maker delivered 13,340 smart EVs, representing a growth of 487% over the year-ago period.

Overall, it was another strong quarter for the company. It has been making a habit of recording triple-digit growth across its brands, and the latest numbers are no different.

In the first quarter of this year alone, the electric car maker reported $450.4 million in sales revenue, surging 616.1% from a year earlier. When you couple that with excellent margin growth and outstanding outlook, you have all the ingredients of a world-beater in the space.

Being located in China is great for XPeng. The country has ambitions to become a clean energy giant and is the biggest EV market in the world. However, the next big prize is the North American and European markets.

Norway is the first stop in Xpeng’s European expansion. XPeng recently announced that the second batch of over 200 G3 smart electric SUVs for the European market is now on its way to the Scandinavian country.

The second batch followed the successful customer delivery of its first batch of G3s in December. It is not surprising that XPeng chose Norway for its first foray internationally. The market saw roughly 77 000 EVs sold last year, accounting for over 54% of overall new car sales.

Meanwhile, the P7 was displayed at the New York Stock Exchange and was driven for the first time in the U.S. last year. EV companies are focused on China and Europe. But really, the biggest prize is the U.S. market. Although we have not seen traction on this end, XPeng is keen on tapping the U.S. market and sell its model at a more affordable price point than the Tesla Model 3.

But What About Valuation?

Overvaluation concerns for the EV industry are not new. However, at a time of historically low oil prices, a recovering economy, and a plunge in auto sales, the fact that the Chinese EV maker has a market cap of $33.30 billion is pretty astounding. But this has nothing on Tesla (NASDAQ:TSLA), which has thrilled some investors and rattled others by soaring to a valuation of as much as $587 billion, more than the next six automakers combined.

On the bright side, EV stocks have lost a lot of steam. The sector is enduring a big slump that first touched off in mid-February, wiping a significant amount of market value. However, some stocks have regained ground quickly, such as XPEV.

Still the major EV makers are now trading at more reasonable valuations than at the start of the year. Nio (NYSE:NIO) is probably the best prospect out of these stocks, considering its strong state backing, low valuation and growth prospects.

However, as we have touched upon in this article, XPEV is not a slouch by any means. And considering the company is growing revenues at a rapid clip, it takes top marks for me.

There is a lot to like about XPeng. From a fundamentals perspective, everything is going in the right direction. The company is headquartered in Guangzhou, China, another plus. And it has international expansion plans.

Yes, the stock has gone hyperbolic in the last month. But that should not dissuade you, since the long-term future for this one looks very bright. You can initiate a small position in XPEV stock and then go ahead and add to it on dips.

The post XPeng Is Finally Justifying Its Premium Valuation appeared first on InvestorPlace.