The Guangzhou-based carmaker received the go-ahead from the listing committee of the Hong Kong Exchanges and Clearing Limited (HKEX) for an IPO comparable in size to the US$1.1 billion stock sale it mounted in New York, according to two sources familiar with the matter.

The carmaker is represented by JPMorgan Chase, Bank of America-Merrill Lynch and Credit Suisse, the same banks that handled the listing of its American depositary receipts in August 2020, one of the sources said. Spokespeople of the HKEX and all three banks were not immediately available to comment. Xpeng's spokeswoman declined to comment.

The stock offer, coming less than a year after Xpeng raised funds, is considered a dual primary listing, which subjects the carmaker to the regulatory oversight of both the US Securities and Exchanges Commission (SEC) and the Hong Kong Securities and Futures Commission (SFC). It is a more rigorous listing process than a secondary listing, where the regulator in the first listing venue has the primacy in oversight. 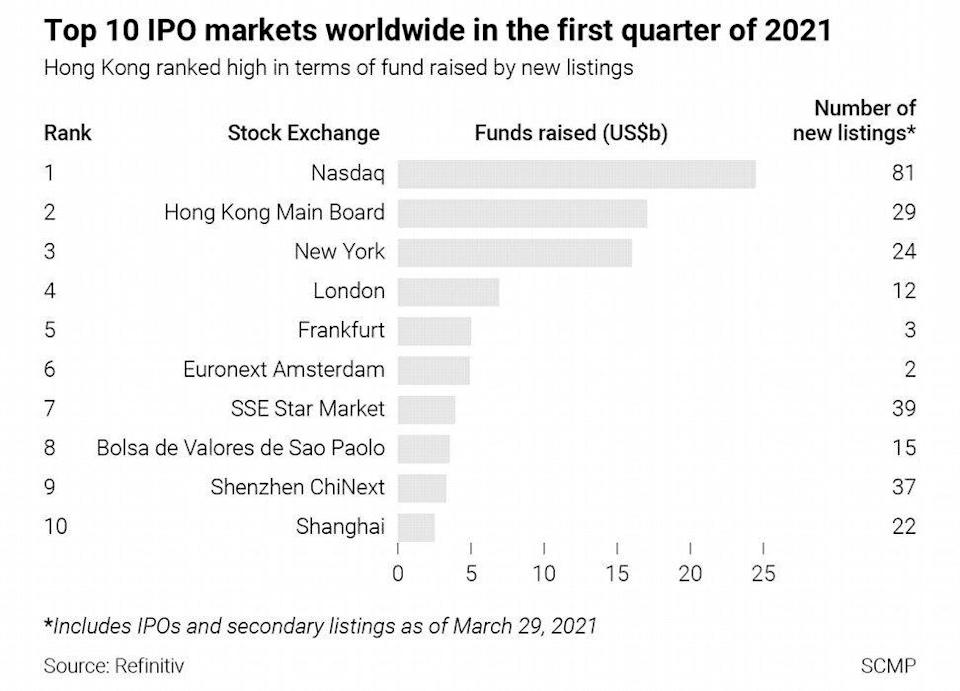 The creation of the dual primary listing process adds another choice to the HKEX's service options to attract companies to raise funds, as it competes with New York, Shanghai and Shenzhen to be the world's preferred IPO destination, a distinction Hong Kong has claimed in seven of the previous 12 years. In the first quarter of this year, Nasdaq grabbed the lead from Hong Kong, with 81 listings in the first three months, almost triple the 29 IPOs on the main board of the HKEX, according to Refinitiv's data.

The mechanism, enacted after a two-month public consultation by the HKEX, provides for dual-listed companies to shift their primary listings to Hong Kong if they delist from the US, without having to change their shareholding structure. The rule provides a sanctuary to offshore-listed companies as they face increasing scrutiny and political pressure to exit New York or other global markets. 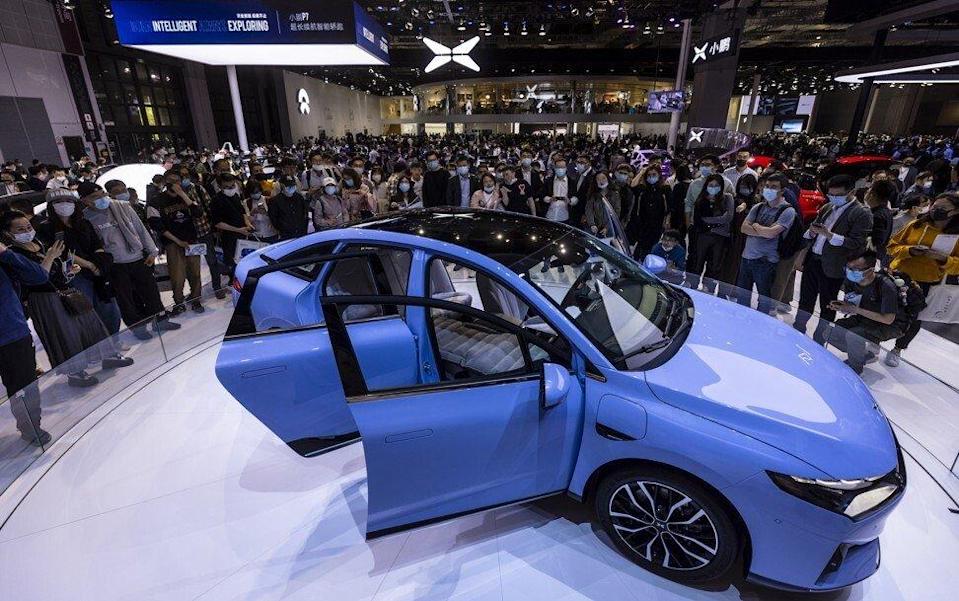 Xpeng would not be the first company to be dual-listed in the US and Hong Kong. That distinction went to the pharmaceutical company BeiGene, which raised US$182.2 million in New York ion 2016, before selling HK$7.08 billion (US$912 million) of shares in Hong Kong in 2018.

The new listing mechanism also provides an easier avenue for Xpeng to raise much-needed capital to finance its research, development and production of electric cars in the world's largest vehicle market. The Guangzhou-based carmaker counts this newspaper's owner Alibaba Group Holding, and Xiaomi's founder Lei Jun among its shareholders.

Since its August 2020 IPO, Xpeng has opened its own factory in the Guangdong provincial city of Zhaoqing, and announced the construction of its own plant in Wuhan to augment its contract manufacturing assembly in the Henan provincial capital of Zhengzhou.

Xpeng, named after its founder He Xiaopeng, also began exporting electric cars to Norway. It announced a plan to fit its P7 all-electric coupe with lidar sensors, becoming the world's first passenger car to use the light-based radar for greater precision in autonomous driving.

The carmaker completed what it called an autonomous drive over 3,675 kilometres (2,283 miles) from Guangzhou to Beijing in March. Based on data available for six of the eight days the cars were on the road, Xpeng said the frequency of human intervention was 0.65 times per 100km.

The success rate for lane changing and overtaking stood at between 86.05 per cent and 97.91 per cent during the six-day period. The cars' highway ramp entry and exit success rates ranged from 83.76 per cent to 96.93 per cent. Xpeng said the cars' tunnel pass-through success rate was as high as 100 per cent.