Oil bulls are out in force as OPEC+ succeeds in draining global inventories while successful vaccine programs give hope that the end of the global pandemic may be in sight. 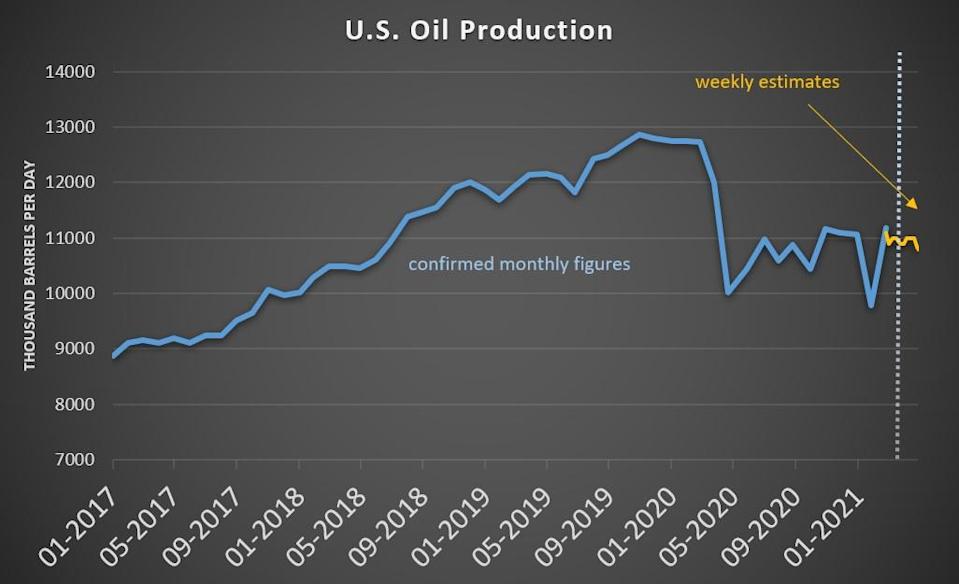 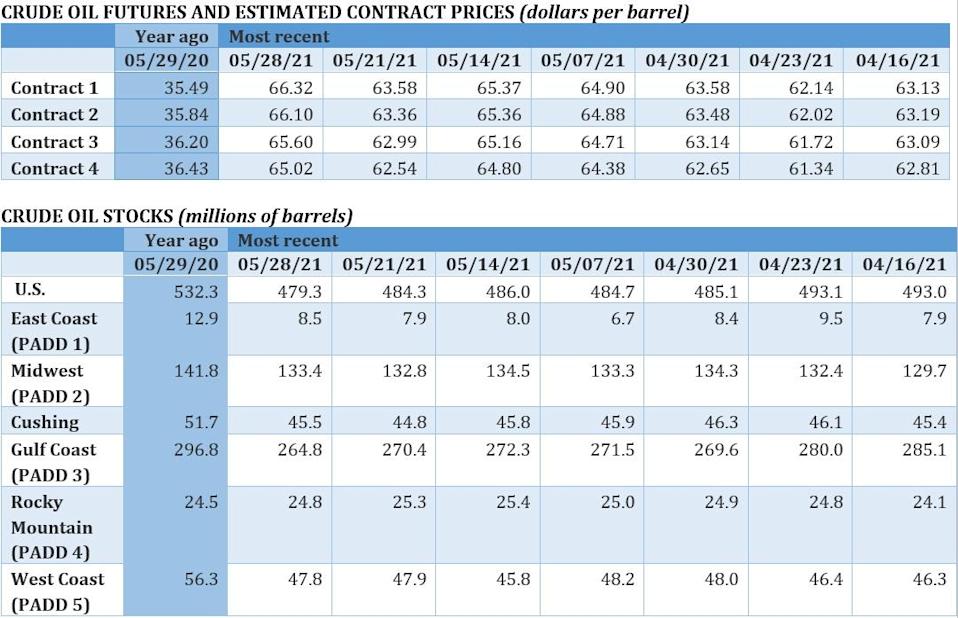 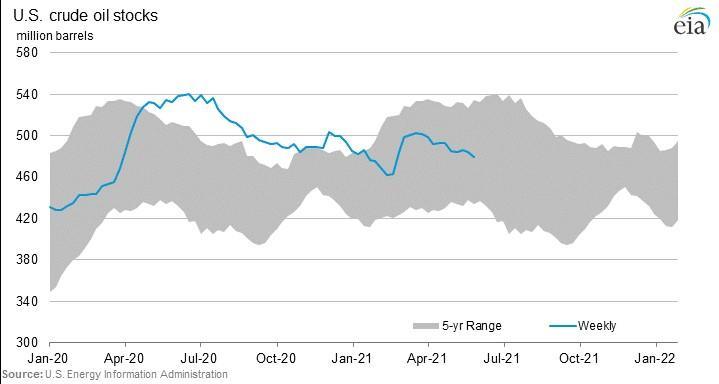 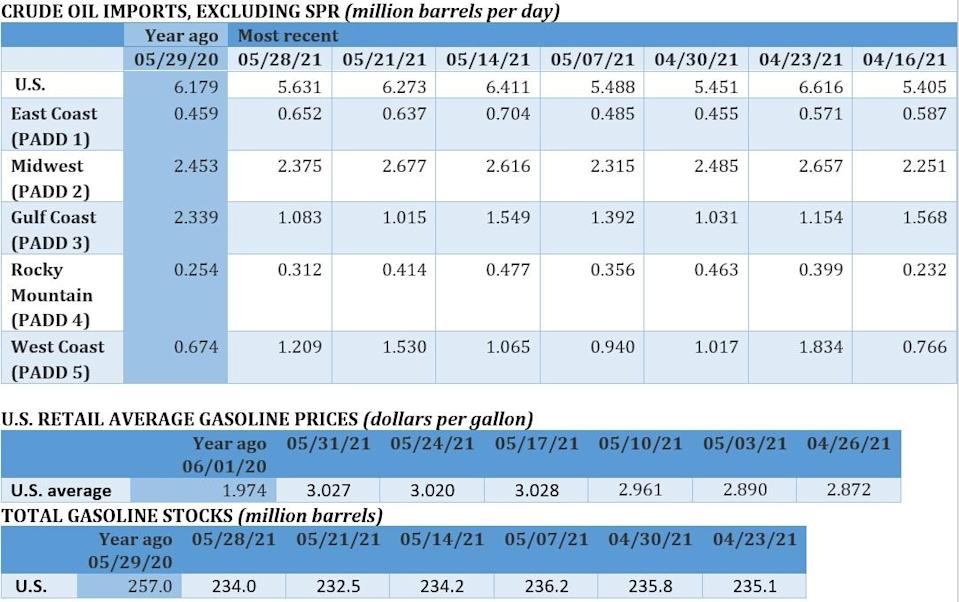 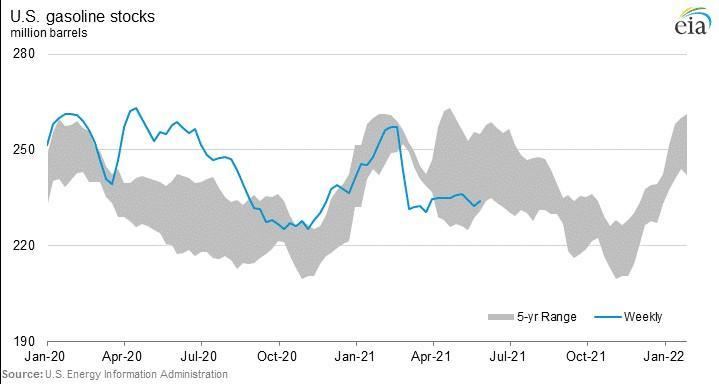 WTI is testing the $70 threshold, and the oil bulls are out in full force this week.

Oil Prices Poised For A Breakout As WTI Nears $70. Oil prices were rising early on Friday and headed to a second consecutive week of gains after the U.S. signaled that there may not be an imminent announcement of an agreement for the United States and Iran to return to the Iranian nuclear deal.

More room to run. “The fact that oil prices maintain and even extend a bit their high levels this week is a clear sign that the market considers a $70 plus dollar level sustainable for a barrel of oil,” Louise Dickson of Rystad Energy said in a statement.

Canada’s oil sands braces for investor pressure. In the wake of the ExxonMobil (NYSE: XOM) defeat by Engine No. 1, Canadian oil producers – which on average emit more than U.S.-based companies – are bracing for heightened pressure from shareholders to cut emissions. “By my calculation, about half of all Canadian (oil) production is now backed by a net-zero pledge of some type,” one analyst told the Financial Post. A Citibank analyst said: “The goal posts are moving, or evolving.”

Biden suspends ANWR leasing. The Biden administration suspended new leases in the Arctic National Wildlife Refuge, halting a process put in motion by the Trump administration. There was only tepid interest in a January auction from the industry. Alaskan officials decried the move, and it could spark litigation, but the time-consuming process likely keeps ANWR off the table for the foreseeable future.

Rystad: Last big year for oil state revenues. Global petrostate revenues could reach $975 billion this year, but it will be the last year that revenues approach the $1 trillion mark as the energy transition takes hold. “As the energy transition ramps up, countries highly dependent on tax revenue from the upstream industry may have no other option than to diversify their economy to sustain state budgets,” Rystad analysts said.

LNG prices rise on strong demand. Asian spot prices for LNG rose for a second consecutive week and touched their highest since January, pushed higher by strong demand in China and Europe, according to Reuters.

LNG trade rose to record in 2020. Global trade volumes for LNG hit a record high in 2020, although the pace of growth slowed due to the pandemic.

Biden wraps up EV supply chain review. The Biden administration is putting the finishing touches on a review of the EV supply chain, which looks at critical minerals, and the results could be unveiled next week.

Related: Climate Revolt Against Big Oil May Lead To Surge In Crude Prices

SunPower sees 100 million solar rooftop market. “There’s about 100 million people in the U.S. that, if they switched over to solar tomorrow, would save money,” saidSunPower’s (NASDAQ: SPWR) CEO Peter Faricy.

Ford produces more electric mustangs than gasoline. Ford (NYSE: F) built 27,816 electric Mustang Mach-E models in the first quarter, and only 26,089 gasoline-powered versions of the Mustang, the first time that electric models outstripped traditional ones for the company.

Iran investigates explosions. An explosion at an oil refinery in Tehran and a fire on board one of Iran’s navy ships that led to its sinking occurred this week.

ExxonMobil surrenders Ghana interests. ExxonMobil (NYSE: XOM) gave up its 80% interest in offshore blocks in Ghana, “prioritising near-term capital spend on the most advantaged assets with the lowest cost of supply in the portfolio,” a spokesperson said.

Engine No. 1 secures third seat. Engine No. 1 saw a third of its four candidates elected to ExxonMobil’s (NYSE: XOM) board, after a tight vote count.

EU looking at climate tariff. The European Union is planning to put a carbon tariff on steel, cement, and aluminum produced in countries with lower environmental standards.

Dominion builds offshore wind ship. Dominion (NYSE: D) is building a ship capable of installing offshore wind turbines. The Jones Act is a century-old law that requires goods transported between two U.S. ports to be carried by a U.S. ship and manned by a U.S. crew. The new Dominion ship would be the first ship to comply with the law, and could be a “game-changer” for the offshore wind industry in the U.S.

Oilfield services margins could improve with company exits. With smaller U.S. oilfield service companies going out of business, margins for the sector could improve. “Weaker and lower-tech competitors are struggling to get work. They offer very low prices, and not prices they can sustain for the long-term. We do not match those prices,” Chris Wright, CEO of Liberty Oilfield Services (NYSE: LBRT), told Reuters.

By Tom Kool for Oilprice.com