Tilray (NASDAQ:TLRY) stock is arguably most famous for soaring to $300 per share soon after its initial public offering. Since then, it’s been all downhill for the Canadian marijuana company. 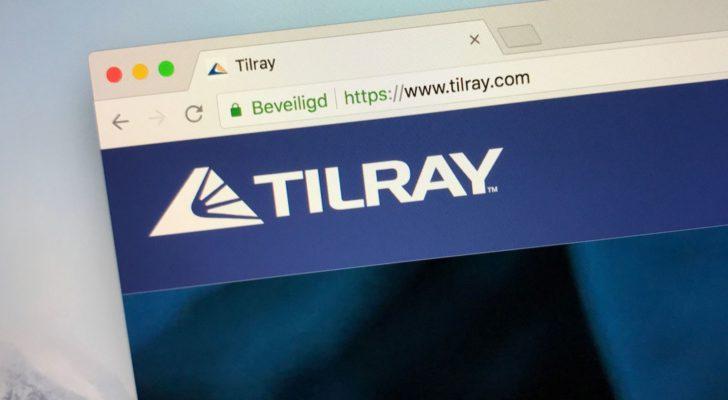 Tilray’s years of underperformance could be coming to an end, however. Recently, the company merged with another large marijuana producer, Aphria. The combined company appears to be on a path toward profitability.

There are no guarantees, but it seems the worst is finally over for TLRY stock.

Why Tilray Has Struggled

It’s no secret that the Canadian cannabis market has been vastly oversupplied since the government legalized recreational use. However, the tide appeared to be turning in early 2020 as supply and demand started to find a balance.

The coronavirus upset that fragile equilibrium, however. As Tilray’s chairman and CEO Irwin Simon recently explained, Canada’s lockdowns slammed Tilray and Aphria’s operations. American readers may not realize, but Canada finally just started allowing retail cannabis shops to have in-person shopping again, and even now, it’s only at 10% of normal capacity.

Having retail essentially shut down (curbside pickup and online only) for a year was disastrous for such a new market as recreational cannabis.

Tilray is planning on upping its marketing and outreach to consumers once its stores are back to normal operating hours. As you can imagine, however, it made little sense to push marketing aggressively at a time when people couldn’t shop in person.

CFO Carl Merton explained Tilray’s view of the marketing work it needs to do once stores are open again.

There’s a lot of consumers out there today that need education [… about] the potency in regards to the different flower, in regards to the different pre rolls out there, certain decisions on vapes, on price, et cetera. So you got to go back and react pretty quickly. And as the stores open, we have some pretty aggressive strategic plans in place of how we’re going to do it, both on new products, social media, getting products out there, getting a pipeline filled again.

It’s fair to blame Tilray and Aphria to some extent for missing expectations. But there has been a real headwind that was outside of their control, so management deserves some benefit of the doubt for now. Let’s see if Tilray’s team can execute on the game plan that Merton described.

According to Simon, the combined Tilray and Aphria enterprise currently has 17% of the Canadian market. His goal is to get Tilray to 30% market share going forward.

Tilray has a three-pronged plan to make this happen. First, it will invest in its brands to help consumers find and get comfortable with Tilray’s offerings. Second, it is going into adjacent products such as drinks and edibles. Right now, Tilray has very little exposure to this area, so any success here would meaningfully improve its market share. Finally, Tilray is making a push into the medical marijuana market as well.

A big problem for the Canadian marijuana companies has been a lack of operating scale. Costs have simply been too high for each independent company. As Tilray sells more and more marijuana, however, it gets to spread those expenses across a much larger operating base.

It’s become clear that marijuana isn’t an easy road to incredible fortunes. However, the business should still be able to work for companies with superior operations. Tilray is making a concerted effort to be that industry leader.

Tilray’s shares went from $10 in January to $60 at one point and are now back at $17. If it wasn’t fundamental developments that caused the extreme volatility, then what happened?

Simply put, traders tried to turn Tilray into a meme stock. Its shares surged at the same time that other r/WallStreetBets favorites also shot up to the moon. It made sense in theory. Cannabis stocks tend to have high retail interest; Sundial Growers (NASDAQ:SNDL) has been a favorite on Robinhood and social media all year. Plus, Tilray seemed to have a massive short position in it. That, in turn, could catalyze a big squeeze, right?

What this line of reasoning missed, however, was that this short interest was largely artificial. People weren’t short-selling Tilray so much to bet against the company. Rather, it was part of a merger arbitrage situation where folks were buying Aphria and selling Tilray to capture the spread before those companies joined forces. As this was mechanical trading, rather than normal bearish short selling, it didn’t create a lasting squeeze as we’ve seen at other meme stocks.

Now that the Aphria merger closed and it’s one combined company, the merger arbitrage folks have gotten out of the Tilray short position. In other words, it didn’t and still doesn’t make sense to own TLRY stock based on a short squeeze thesis. The real upside comes if the company’s merger with Aphria works and produces a dominant industry leader.

Can 1 plus 1 equal 3? That’s the question for Tilray going forward. Tilray never accomplished all that much as an independent company. Neither did Aphria. But perhaps the two of them together can be a greater force than either one was on its own.

That’s the hope anyway if you own TLRY stock. At least one of these Canadian-focused marijuana companies is bound to be successful sooner or later. Combining forces to gain operating scale and efficiency seems logical.

It’s hard to get too excited about Tilray just yet given its past problems. But management seems to be on the right path with the Aphria deal and now it’s time to see if the combined firm can finally reach its potential.