Why You Should Be Holding On to Your Amazon Stock

I won’t Hold On for Dear Life (HODL) with Bitcoin (CCC:BTC-USD). I’d rather HODL with Amazon (NASDAQ:AMZN) stock. 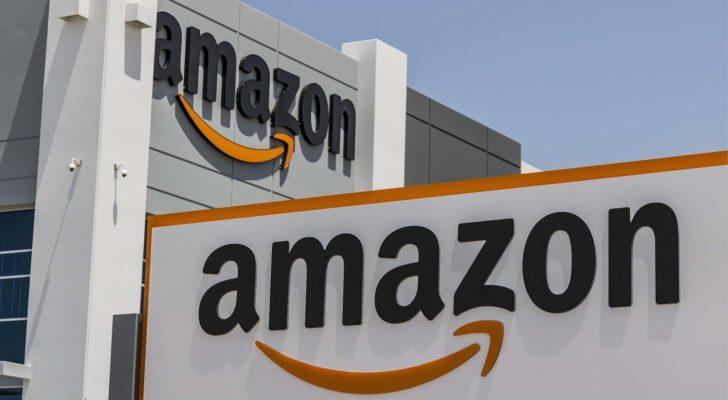 An image of an Amazon logo on a building

I have held AMZN stock for about eight years. I was dared to do it by critics at another investment site. Since then, the shares have been a true “10-bagger.” They’re up by a factor of 10. My Amazon shares are one of the biggest holdings in my retirement account.

Lately the shares have gone nowhere. Shares are only up 2% so far in 2021, as of this writing.

There are reasons. CEO Jeff Bezos is leaving the building, on a rocket ship. So are many other Amazon executives (although not on rocket ships). There is uncertainty over the path incoming CEO Andy Jassy will take. Governments around the world see Amazon as a piggy bank they can tap, and a villain they can poke.

The reality is that Amazon keeps growing, at scale, with first-quarter sales 44% ahead of 2020. Net income is rising even faster, first quarter earnings more than three times higher than in the previous year.

Along the way the various pieces of the Amazon empire – the cloud, the store, the media – are becoming big enough to stand on their own.

Amazon Web Services (AWS), for instance, needs about $20 billion in free cash flow to meet its annual capital needs. It’s now bringing in over $50 billion of revenue per year, growing at 32%, with 31% of it profit. Separated from the store, AWS would be a truly independent cloud, the world’s biggest technology opportunity. It’s big enough to make that move.

I don’t know if Amazon Studios could be split off like that right now. Its revenue is tied to Amazon Prime shipping. Its acquisitions, like MGM Studios, are possible only because of the mother ship’s size. But it’s one of the few global media operators, buying content for specific markets like India and Russia in ways only Netflix (NASDAQ:NFLX) can match. (Netflix is a big AWS customer.) Add the potential from music, Kindle books and Twitch and it, too, is viable.

Once that’s done the store is no longer a threat to Walmart (NYSE:WMT) as the world’s largest retailer. Not yet, but certainly by 2030. And there are no real antitrust threats to any of it, anywhere, no matter what some AT&T (NYSE:T) or Walmart lobbyists may say.

What Will Jassy Do is an open question. Jassy has made his career at AWS, but his degree is in business, not computer engineering. He formally takes command in less than a month, on July 5, which may explain recent price action.

What I do know is he has plenty of room to maneuver. He could raise the stock price as Tim Cook did at Apple (NASDAQ:AAPL). He is qualified to try and make his own legend.

The Bottom Line on AMZN Stock

The weakness in AMZN stock has made its fundamentals look stronger. The price-earnings ratio is down to 62, the price-sales ratio at 4. Amazon has earned over $52 per share over the last year but that’s a moving target, because earnings keep rising sharply quarter-to-quarter.

Investors who look at the major cloud companies still prefer Alphabet (NASDAQ:GOOGL, NASDAQ:GOOG). I don’t. I think Google is buying cloud share and that its consumer franchises are more subject to political pressure than Amazon’s.

For the 31 analysts following Amazon at Tipranks, all are screaming buy. Their average price target is $4,295, which is an increase of 31%. The lowest price target is still 13% ahead of today’s price.

The only thing wrong with buying Amazon stock today is no one sees anything wrong. Happy Prime Day, everybody. It’s the most wonderful time of the year.

On the date of publication, Dana Blankenhorn held LONG positions in AMZN and AAPL. The opinions expressed in this article are those of the writer, subject to the InvestorPlace.com Publishing Guidelines.

The post Why You Should Be Holding On to Your Amazon Stock appeared first on InvestorPlace.