Why the stock market is diving

For the second time this week, the Federal Reserve has rattled the inherent bullish psyche of investors.

St. Louis Federal Reserve President James Bullard — who very often is seen as a dove on policy by Fed watchers — surprised markets on Friday with language on interest rates that some on Wall Street deemed aggressive.

“I think it’s natural that we’ve tilted a little bit more hawkish here to contain inflationary pressures,” Bullard said in a CNBC interview, citing recent improvement in the economy. Bullard said he sees the potential for an interest rate increase as soon as 2022, ahead of the timeline of most Wall Street forecasts (and his colleagues inside the Fed). 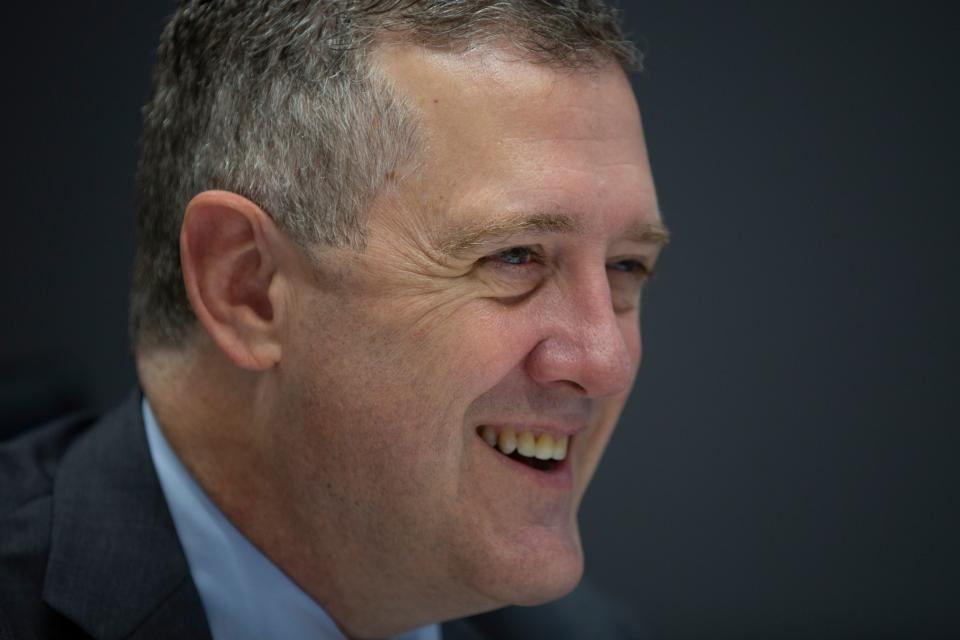 President and CEO of the Federal Reserve Bank of St. Louis James Bullard speaks during an interview with AFP in Washington, DC, on August 6, 2019. (Photo by Alastair Pike / AFP) (Photo by ALASTAIR PIKE/AFP via Getty Images)

The Dow Jones Industrial Average tanked more than 500 points by early afternoon trading as investors digested Bullard's more hawkish tone on the path of Fed policy. All of the Dow's components were in the red, except for dirt-moving equipment maker Caterpillar (CAT). Loss leaders for the index included Intel (INTC), Walgreen's Boots Alliance (WBA) and American Express (AXP).

"These comments are pretty aggressive," EvercoreISI strategist Dennis DeBusschere said in a note. "Notice what he didn't say. Transitory [inflation]. Never even comes up."

Bullard's comments arrive two days after the Fed caught the attention of investors with a more hawkish dot plot stemming from their latest policy meeting. Fed officials penciled in two rate hikes by the end of 2023.

Given the increased hawkishness by the Fed this week, traders on the Street are starting to brace for a pickup in volatility.

"The market has held up pretty well, but the more comments we get like this, the worse it could get over the coming days. FYI. He [Bullard] seems pretty clear that tighter financial conditions are coming. Stocks have downside risk if this is the last thing we will hear from the Fed into the weekend," DeBusschere added.