Noto is a former tech analyst and investment banker at Goldman Sachs who spent more than 12 years at the firm (1999 to 2008, then a return from 2010 to 2014 after a stint in between as the NFL's CFO). He played a key role in Twitter’s IPO while at Goldman — he then joined CEO Jack Dorsey at the company as chief operating officer for an almost four-year period.

Given that extensive dealmaking experience — and the uncanny sense of the market that comes with it — it should't be a surprise that Noto opted for a clever SPAC transaction to finally bring SoFi public.

"The vehicle for us [SPAC] was a unique way for us to achieve private capital and have certainty of the deal closing, and in addition to going public and having it all in one packaged product," Noto said on Yahoo Finance Live. "We had a unique circumstance in that we had a significant amount that was preferred stock and the IPO wasn't the most easiest and cost efficient way to convert the preferred into common stock, which was necessary for us to apply for a bank license and to be able to go public."

But since SoFi announced the transaction back in early January, SPACs have come under considerable fire from investors and regulators for their skirting of the transparency inherent to a traditional IPO process. The company's that have arrived to market via SPAC have also been attacked for their eye-popping losses, suspect disclosures and insane forward-looking projections (see electric vehicle maker Lordstown, for example).

And investors have made their concerns about SPACs heard.

The SPAC and New Issue ETF (SPCX) — an investment vehicle that invests most of its net assets in SPACs — has plunged 15% from its late February record high. Individual companies that have come to market via SPAC in recent months have fallen even harder — for instance, electric vehicle maker Nikola (a 2020 SPAC) has crashed 46% from its latest January high amid concerns on its viability from short-seller Hindenburg Research.

"I think with the evolution of any new financing vehicle there is a cycle that ensues where there is a lot of interest in that cycle and you have a broad-based number of participants that come in. And then there is often a shakeout. Ultimately quality emerges from that shakeout, and it becomes more narrow of an opportunity that will persist over time," Noto explains of the 2021 SPAC sell-off. 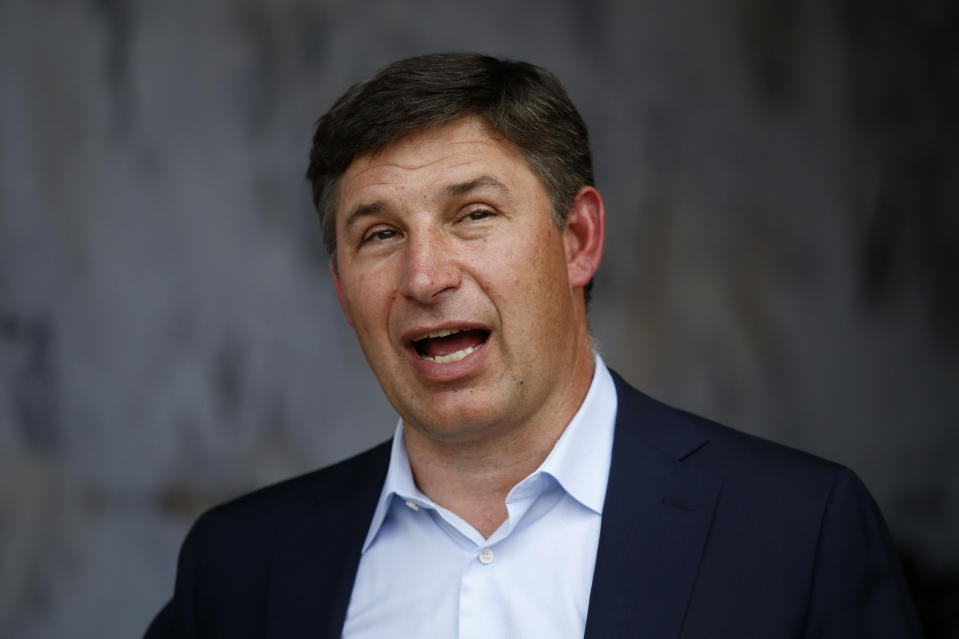 SoFi has several things in its favor unlike other recent SPACs, which probably explains why the stock spiked 7% in its trading debut Monday.

First, is an experienced executive team run by Noto. Two, is a credible board of directors with a mix of tech and investment banking experience. The SoFi board will soon be getting a knowledge boost via the arrivals of Noto friends in former Goldman Sachs president and COO, Henry Schwartz, and former Twitter CEO Dick Costolo.

And finally, SoFi has a real business that is delivering actual financial results in 2021 as Noto has expanded into stock investing, crypto investing, IPO investing and other financial services since arriving as CEO in 2018. Previously, SoFi was just known as a school loan refinancer.

SoFi's first quarter sales rose 151% year-over-year to $216 million. The company posted its third straight quarter of adjusted EBITDA [earnings before interest, taxes, depreciation and amortization] profits. The number of members on the platform have grown at an accelerated growth rate for seven consecutive quarters.