Why Nikola Stock Has Nearly Doubled in Recent Weeks

Nikola (NASDAQ:NKLA) is a poster child for the special purpose acquisition company (SPAC) boom and bust of the past year. Nikola rose to prominence in 2020. Investors hoped that Nikola, powered by its charismatic founder, Trevor Milton, could become the next Tesla (NASDAQ:TSLA). For awhile, NKLA stock soared as Milton’s pitch gained more and more attention. 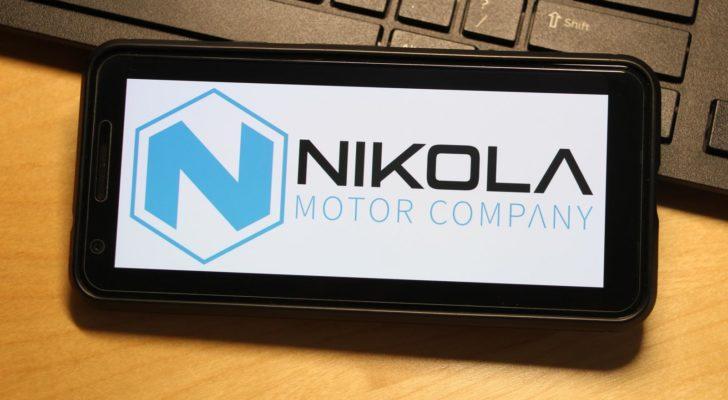 Unlike Tesla and Elon Musk, however, Milton couldn’t keep the hype machine going indefinitely. Short sellers quickly attacked Nikola, pointing out numerous weaknesses in the company’s operations. Unlike Tesla, Nikola was not able to brush aside the skeptics. Soon Milton left the company and NKLA stock crashed.

That could have been the end of the line for the firm. It doesn’t have revenues yet, the company’s founder quit, and its name was largely discredited. Who would still want to invest in Nikola after all that?

It turns out that quite a few people did want to subsequently buy NKLA stock. Indeed, the shares have been revving back up once again. Why is Nikola soaring once again and is its run sustainable?

The Bears’ Arguments Are Stale Now

Nikola remains one of the most heavily-shorted prominent stocks out there. A stunning 35% of the float has been sold short as of the most recent data.

It made sense why everyone wanted to bet against Nikola last year. Nikola greatly overstated its capabilities to the public, as most explicitly shown by the infamous incident in which the company rolled a truck down a hill to make it look like the vehicle was working. For those who just followed Nikola in 2020, a negative view of the company is justified.

However, a lot has changed. The automaker has a whole new management team, and it has raised a bunch of money. Most encouragingly, Nikola is testing vehicles that it has produced.

Nikola now says that it will be able to produce 100 vehicles per day by the end of the year. Some people claimed that Nikola was just “vaporware.” However, take a look at the Arizona manufacturing facility it’s building. This time-lapse video shows the rapid progress that the company is making on the plant.

Nikola Has a Real Chance at Success

Nikola is not generating revenues yet, but there are quite a few signs that it’s making tangible progress. That’s actually more than can be said for many other SPAC companies that are developing electric vehicles.

Nikola’s previous management team may have used a lot of sketchy business practices to get the company going. That’s not what is moving the stock price anymore, however. Regardless of how Nikola got to where it is now, it can attain commercial success.

Bears seem hung up on the bad behavior in which the company engaged previously. That’s understandable. But it’s not a good reason to remain negative on the stock today.

Over the next year, Nikola should sell a reasonable number of vehicles and start showing off its new manufacturing capabilities in Arizona. That could be enough to further lift NKLA stock.

The Verdict on NKLA Stock

Nikola is probably not a good stock to put in a retirement account, as we likely don’t have enough information to determine whether Nikola’s new management team and business strategy will ever wildly succeed.

That said, it seems utterly foolish to keep betting against NKLA stock at this point. The company has enough cash to get by for now, along with a reworked business plan. And the shares of plenty of other EV companies with numerous red flags are surging once again.

In a trading environment characterized by short squeezes and meme stocks, Nikola seems like the perfect name for Reddit posters to embrace.

Classic value investors like Ben Graham and Warren Buffett would not buy NKLA stock But in today’s market, the shares will probably work. Don’t be surprised if NKLA stock continues to accelerate in the coming weeks.

The post Why Nikola Stock Has Nearly Doubled in Recent Weeks appeared first on InvestorPlace.