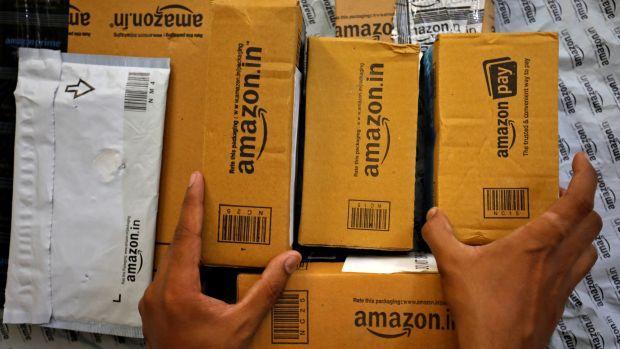 FILE PHOTO: A worker sorts delivery packages in a van outside an Amazon facility in Ahmedabad

Online retail giants in India may soon have to play by new rules when it comes to offering discounts.

“No e-commerce entity shall organise a flash sale of goods or services offered on its platform,” says the amended version of India’s Consumer Protection Rules, 2020, released on June 22. The consumer affairs department describes a flash sale as one that offers “significantly reduced prices, high discounts or any other such promotions or attractive offers for a predetermined period of time on selective goods and services or otherwise with an intent to draw large number of consumers.”

There is no doubt that such sales increase revenue for the likes of Amazon and Walmart-owned Flipkart—even if it is mostly owing to the marketing blitzkrieg that hoodwinks consumers into spending big for small savings. The government’s concern, though, is that platforms manipulate these sales for big sellers using technological means. Meanwhile, the government also wants to protect brick-and-mortar retailers.

While this is the first time the government has targeted flash sales, the move is in line with the larger effort to clamp down on the growing power of these behemoths.

Back in July 2018, a government think tank suggested setting a maximum duration for differential pricing and deep discounts. The foreign direct investment (FDI) rules in February 2019 restricted e-commerce companies from entering into exclusive deals to sell at deep discounts, and barred them from procuring over 25% of the inventory from a single vendor, especially from sellers in which the companies own a stake in.

The orders aren’t always foolproof, and companies find workarounds. For instance, products from Cloudtail, a joint venture between Amazon and Catamaran Ventures that used to generate 40% of Amazon’s sales, were pulled after the FDI rules were announced. But a week later, the seller was back after restructuring its ownership. However, the regulations do at least establish an environment of scrutiny.

For instance, one clause states that the e-commerce firm “shall be subject to a fall-back liability” where a seller fails to deliver goods or services resulting in loss to the consumer. Another will prohibit the sites from running and promoting their in-house, private brands. The companies also have to hire a chief compliance officer, a contact person for 24/7 coordination with law enforcement agencies, and a resident grievance officer. They will have 72 hours to respond to legal requests.

Stakeholders can comment on the proposed rules until July 6.

Meanwhile it’s important to note that while the hoo-ha around reining in the influence of e-commerce entities in India is huge, the presence of these firms is still not. Unlike China, where e-commerce accounts for over half of all retail sales, e-commerce comprises just 4% of overall retail in India.