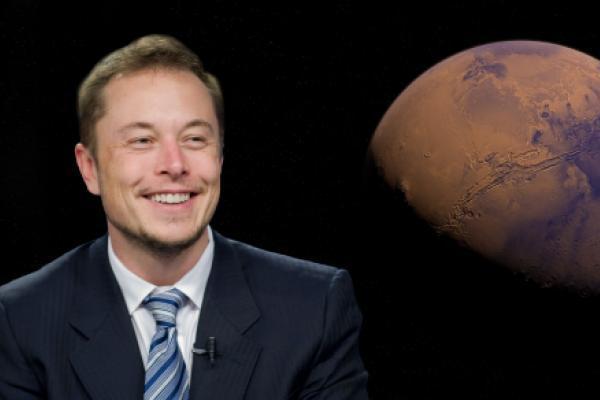 Love him or hate him, Elon Musk is a lightning rod for analysts. His efforts have been both praised for their visionary approach (Tesla electric automobiles; Boring Co.) and derided as distractions (Tesla Semi, SolarCity).

"We must acknowledge that Tesla (NASDAQ: TSLA) management has, to date, openly discouraged speculation around their involvement in eVTOL/UAM. So, that's it then. … We'll have Teslas on our roads, underground in tunnels … on Mars. But not in Earth's skies? Well … we're not convinced," the authors of the report wrote.

Morgan Stanley has initiated an overweight rating on Tesla with a price target of $900 per share that it said did not factor in aviation-related benefits. A Tesla Aviation division could add between about $100 based on a 4% Tesla eVTOL market share and 25% EBITDA margin up to $866 based on 20% market share and 40% EBITDA margin.

The analysis is based on the research firm's projections of a $9 trillion global total addressable market (TAM) for eVTOLs by 2050.

Tesla did not respond to a Modern Shipper request for comment on the report.

"While we believe there are many important areas of technology and business models where Tesla has transferable skills to the UAM market, we do not include any value of addressing this market in our Tesla price target at this time. We also do not anticipate UAM/eVTOL to be on the 2021 ‘priority list' for the company at this point. However, we urge investors to consider the potential opportunities for Tesla and other automotive OEMs," Morgan Stanley's note pointed out.

One of the underpinnings of the analysis is the number of transferable skills Tesla has developed through its various projects and manufacturing prowess. It cited Tesla's expertise in electric motors, battery and autonomy development, as well as vertical manufacturing, networking, and software and communications experience.

This is not the first time Morgan Stanley has promoted a Tesla project, or perceived Tesla project. In April 2017, analyst Adam Jonas sent out a note about the unveiling of the Tesla Semi, noting, "We believe the Tesla truck opportunity is real and is a natural market adjacency to the personal transport model."

At the time, Jonas said it was tough to envision the Semi being worth more than 10% of Tesla's market cap.

Since that time, Tesla has solved some of its manufacturing issues that were hampering automobile production, but a Semi still has not entered production.

While the idea of Tesla entering the eVTOL market is the highlight of the Morgan Stanley report, more space is dedicated to an analysis of the overall market for eVTOLs — rehashing most of what the firm first detailed in its May 6 "eVTOL/Urban Air Mobility TAM Update: A Slow Take-Off, But Sky's the Limit" report.

One of the reasons many, including Morgan Stanley, are bullish on eVTOLs is the number of companies working on them, including Hyundai and General Motors (NYSE: GM), as well as a host of startups. At the 2020 Consumer Electronics Show, Hyundai introduced its flying car concept, the S-A1. The vehicle would have the capacity for up to four passengers and travel 60 miles at speeds of up to 180 mph.

Earlier this month, Eve Urban Air Mobility and Helisul Aviation announced a joint effort to create an ecosystem-wide approach to UAM in Brazil, which is racing to embrace the technology. The deal will result in up to 50 eVTOLs operating in the country by 2026. Eve is backed by noted aircraft maker Embraer.

Also, Lilium unveiled a seven-seat eVTOL earlier this year as well as a merger with Qell Acquisition Corp. to take the eVTOL maker public in a SPAC deal. Joby Aviation just announced a deal with JetBlue (NASDAQ: JBLU) to develop electric eVTOLs.

Morgan Stanley laid out bull, bear and base cases for Tesla stock, offering a range of $450 to $1,272 per share, excluding any potential eVTOL impact.

"We believe the next two to three years of EV growth will largely be dictated by who has access to the greatest volume of low-cost batteries, reliably sourced," the firm said. "Using a bread truck analogy for battery cells, we think successful EV players will be the ones closest to the bread truck. Tesla owns the bakery."

Tesla stock was down slightly in morning trading to $650.89 a share at noon ET. It is off about 28% from its January highs.

The bull case Morgan Stanley lays out assumes Tesla is delivering 8 million vehicles by 2030 and the firm is generating sufficient revenue from mobility/ridesharing, energy, supply of EV powertrains to third parties, and related services, including insurance and connected fleet software. The bear case assumes Tesla's EV sales fall in line with other OEMs and Tesla Mobility achieves only half of the projected valuation with all other areas also falling below expectations.

Image by Tumisu from Pixabay