When It Comes to AMC Stock, It’s a Matter of When, Not If

At just under $60 per share, what’s the play with AMC Entertainment (NYSE:AMC) stock? Is it a buy? Not so fast. 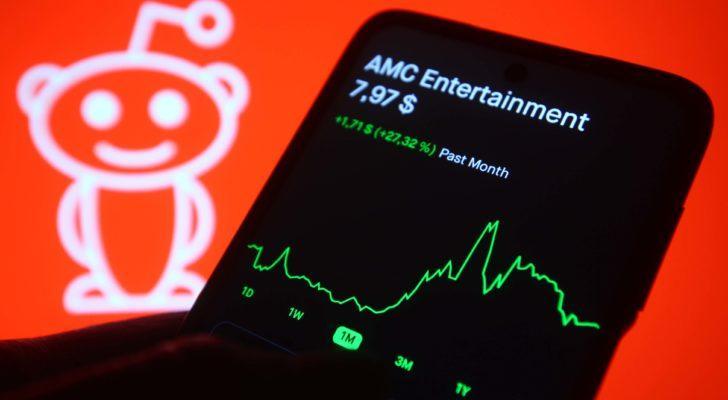 Sure, retail speculators, led by Reddit’s r/WallStreetBets, have so far prevailed against the so-called “smart money” short sellers.

On the other hand, in terms of underlying value and long-term prospects, AMC makes the other popular meme stock, GameStop (NYSE:GME), seem like a value play by comparison.

GameStop may be overvalued as well, but at least it has its e-commerce transformation plan to fall back on. The jury’s still out whether this gambit will work. If it does, it could give at least the shares a path to grow into their valuation.

This meme stock? It lacks this sort of catalyst. Sure, AMC is planning to put the cash it’s raised from secondary offerings to pare down debt, but replacing debt with dilutive equity is not going to create shareholder value.

Trading far above its underlying value, and the pie cut into many more slices, it’ll be the longs, not the shorts, that cave in.

Running the numbers, even at a fraction of today’s trading price, the stock’s overvalued.

A move back down to single-digit levels may be inevitable. Putting it simply, there’s no reason to dive in today at $58.30 per share, with the idea that it’s going to surge yet again.

Some may believe shares went parabolic starting in late May due to a short-squeeze. But, others, including this Forbes commentator, have made the case why the stock hasn’t even been short-squeezed yet.

The rationale behind this take, per data from analytics firm S3 Partners, is that short interest runs high (around 17.7% of outstanding float).

Yet, during the timeframe when AMC stock took off once again, little covering occurred. Some may see this standoff between the Reddit traders and the short sellers as a sign that the ultimate “squeeze” has yet to happen.

Does that mean it’s still worth getting in this, as it trades near its meme-stock highs?

Not exactly. As InvestorPlace’s Chris Lau wrote June 15, with this stock, the shorts are taking their time. That is, instead of rushing to cover, they’re willing to sit on paper losses, waiting for the long side to blink.

The speculators may talk up a big game. But, there are too many negatives on the table to convince new buyers to go long at $60 per share.

Between management’s exploitation of the madness, by conducting dilutive secondary offerings, AMC’s lack of a GameStop-level transformation and valuation concerns, shares will start to dip at some point.

After that, panic will set in, and the longs will fold en-masse.

Based on Valuation, Possible 80%+ Downside

Few are making the argument that AMC stock is accurately priced at today’s levels, but what’s its underlying value?

Despite the enthusiasm sparked by the “reopening” following the Covid-19 vaccine rollout, foot traffic at its cinemas over Memorial Day weekend was still less than 50% of 2019 levels.

Yet, analyst projections call for its annual revenues to get back near pre-outbreak levels next year (around $4.79 billion).

Sounds good, right? It’s a positive, yes, but this return to operating profitability may not be enough to sustain the stock at prices even 80% below current levels.

At around $11.66 per share (80% below today’s prices), the company would have a market capitalization of around $6 billion.

In other words, an implied EV/EBITDA ratio of around 22.8x. Again, assuming things get near “back to normal” levels within a year.

Given AMC’s EV/EBITDA ratio historically has been closer to 9x-10x, it’s debatable whether the net value of its underlying business is worth even 20% of that the stock trades for today.

For now, the Main Street/Wall Street standoff in AMC shares continues. But, while some believe it will be the shorts who throw in the towel, it may actually be the retail traders (who hold 80% of its shares) who will blink.

Once Reddit traders fold, downside risk is massive. Given the likely net value of its operating business, shares could easily lose 80% of their value and still be overpriced.

If you got in this early, it’s time to take profit. If you haven’t got into AMC stock yet, it’s wise to stay away given the massive downside.

The post When It Comes to AMC Stock, It’s a Matter of When, Not If appeared first on InvestorPlace.