What Happens to SoFi Technologies Now That It’s Public?

The merger between SoFi Technologies (NYSE:SOFI) and Social Capital Hedosophia Holdings Corp. V was completed on May 28. On June 1, SOFI stock began trading in New York. 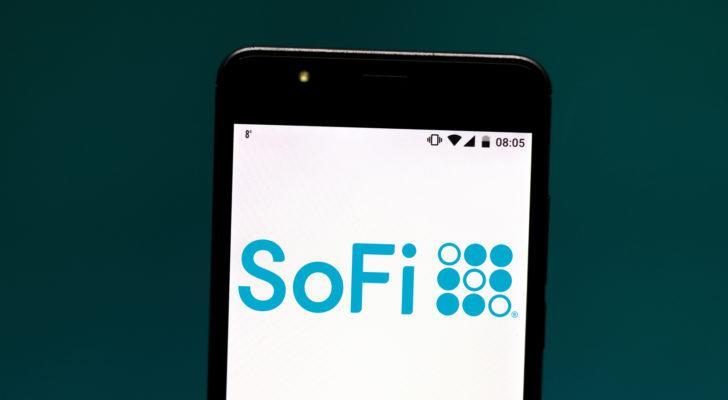 the Social Finance (SoFi) logo is displayed on a smartphone.

On its first day of trading, SOFI gained approximately 7%. Now that SoFi is a public company, what does it do for an encore?

I’ve got some ideas.

I have no idea where the financial technology company’s shares are headed. I just wrote $50 to be provocative.

Seriously, though, I do think that CEO Anthony Noto has a shot at transforming the company into a financial services powerhouse. At the beginning of May, I said that IPOE, SOFI’s predecessor stock, was a reasonably priced special purpose acquisition company (SPAC).

In March, I suggested that the SPAC was getting a great find in Noto and SoFi, which is expected to hit $1 billion in revenue in 2021. I even suggested the previous July that Bill Ackman’s SPAC, Pershing Square Tontine Holdings (NYSE:PSTH), should consider kicking SoFi’s tires.

“Ackman’s SPAC is looking to buy a mature unicorn. SoFi meets this criterion,” I wrote on July 10, 2020.

“Unfortunately, the fact that Pershing Square Tontine Holdings desires a company with a proven track record of growth and profitability,’ two things that SoFi doesn’t have, could prevent Pershing from buying the fintech company.”

And, in hindsight, we know Ackman is still looking for a candidate, while SOFI is trading on New York for all to buy.

The Amazon of Finance

InvestorPlace’s Luke Lango suggested on its first day of trading that SoFi could become the “Amazon of Finance.” He’s so confident about its future, he’s added it to his subscription-based Innovation Investor research advisory service.

Lango’s most recent article about SoFi discusses some of the digital products it’s launched over the past two years. These include SoFi Money, SoFi Invest, and SoFi Relay. All of this and more are available on one mobile app.

CEO Anthony Noto is doing everything he can to deliver for the 1.8 million consumers that already use SoFi. On the first day of trading, Noto appeared on CNBC to discuss its business.

“We’re the only one stop shop to do all your financial service needs at one platform,” Noto said on CNBC’s TechCheck. “Many people talked about broadening the suite of products but only SoFi has done it on one mobile platform.”

In March, the company announced a deal to buy Golden Pacific Bancorp for $22.3 million. The California community bank has just three branches and $150 million in assets.

What the bank lacks in size, it makes up for in speed. The speed that is, at which SoFi can obtain a national bank charter.

The company plans to invest $750 million into its digital banking strategy if it gets the go-ahead from banking regulators. That’s $200 million more than the Office of the Comptroller of the Currency — the independent arm of the U.S. Department of the Treasury that oversees all national banks — required in initial paid-in capital when it granted its preliminary approval in October 2020.

As part of this plan, SoFi expects to grow its customer base by 75% in 2021 to three million people. Multiply that number by six or seven products, and the business starts to take on a whole different perspective.

Social Capital Hedosophia’s Chamath Palihapitiya needs a victory. He and his partner Ian Osborne have done six SPACs — IPOA through IPOF — with very little to show for their efforts except for Virgin Galactic (NYSE:SPCE).

They’ve filed seven new names with the Securities and Exchange Commission (SEC) — IPOG through IPOM — with the original plan to go all the way to IPOZ. Given the SPAC swoon in April, it’s not looking very doable.

Nonetheless, as the venture capitalist knows, all it takes are one or two big wins to send your long-term returns to the moon.

The post What Happens to SoFi Technologies Now That Itâs Public? appeared first on InvestorPlace.