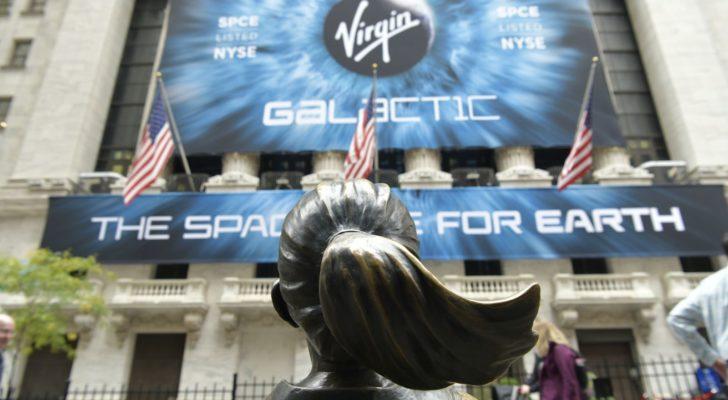 And even after an initial boom into the $20 range, we still recommended SPCE stock. We said it would continue to rise and would soon hit $50. And it did.

Everything is firing on all cylinders at Virgin Galactic.

We think this is the beginning of Virgin going from “cool concept” to “valuable business.”

And the company will be generating billions of dollars in high-margin revenue.

It All Starts Now

The future is here and very, very bright. We love Virgin Galactic SPCE stock in the long term.

There is some concern with respect to valuation and short squeezing here, with SPCE stock pushing up against a historical barrier in terms of valuation. A lot of this recent rally can be attributed to short-sellers covering their positions. This cannot last forever.

And as such, we expect a near-term pullback in SPCE stock. But that pullback will be a fantastic time to buy, because this stock is solid.

SPCE is one of my top picks in the Space Race 2.0 megatrend. Long-term, this stock will score investors big returns.

But it’s not the only high-growth, high-return stock on my radar today.

In fact, I have more than 40 hypergrowth stocks that could score investors Amazon-like returns over the next months and years.

These stocks include the world’s most exciting autonomous vehicle startup, a world-class “Digitainment” stock creating the building blocks of the metaverse, a company that we fully believe is a “Tesla-killer,” and many more.

On the date of publication, Luke Lango did not have (either directly or indirectly) any positions in the securities mentioned in this article.

By uncovering early investments in hypergrowth industries, Luke Lango puts you on the ground-floor of world-changing megatrends. It’s the theme of his premiere technology-focused service, Innovation Investor. To see Luke’s entire lineup of innovative cutting-edge stocks, become a subscriber of Innovation Investor today.

The post Wait for Space-Bound Virgin Galactic Stock to Return to Earth Before Buying appeared first on InvestorPlace.