At first glance, real estate loan originator UWM Holdings (NYSE:UWMC) might not sound like the most exciting company on the planet. Yet the price action of UWMC stock has actually been pretty wild lately. 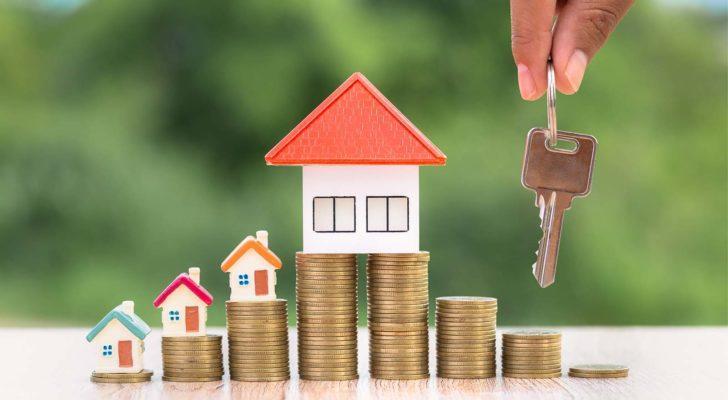 Toy houses rest atop stacks of coins while a hand dangles a set of keys in the air.

I suppose we could chalk it up to the meme-stock phenomenon. When social-media traders commandeer a stock, its share price can rocket to new highs or it can plummet to painful depths.

That may have happened to UWMC stock, and it could happen again. But then, it’s hard to anticipate and time the next Reddit-fueled short squeeze.

Instead of playing that game, investors can examine the company’s fundamentals and financials and make their own decisions. What a concept!

A Closer Look at UWMC Stock

Let’s start by taking a trip back in time. On Sept. 23, 2020, UWM Holdings announced that it would go public through a reverse merger with special purpose acquisition company (SPAC) Gores Holdings IV.

Here’s a little piece of trivia you probably didn’t know. The Gores-UWM deal, valued at a whopping $16.1 billion, was the biggest SPAC deal ever at that time.

Now here’s where it gets weird. The share price didn’t immediately jump when the SPAC deal was announced. In fact, its price didn’t spike noticeably until late December.

I can’t prove it, but the meme-sters might have been responsible for the sudden spike in UWMC stock that took place at the end of last year.

But hey, that’s just me speculating (or SPAC-ulating, in this case). The rally could have just been a delayed reaction to the merger deal. The market, like the universe, is rife with mysteries.

Irrespective of what caused the share price to surge, the advance wasn’t destined to last long. The new year brought new lows, with UWMC stock sinking to $6.25 by May 10, 2021.

I’m glad to see the stock making a partial recovery, though, as the shares were changing hands for $8.10 in early afternoon trading today.

The 52-week high is $14.38, so that should provide the bulls with a realistic price target for the remainder of the year.

Given the company’s outstanding Q1 earnings and the milestones that it achieved, UWM Holdings Chairman and CEO Mat Ishbia has earned some bragging rights.

“The first quarter of 2021 was not only the best first quarter in our 35-year history, it also marked our first quarter as a public company and solidified our foundation for growth,” Ishiba observed recently.

Before delving into the data, here’s some quick background. on the company. UWM Holdings is the indirect parent of United Wholesale Mortgage.

And that company has been the leading wholesale mortgage lender in America (in terms of originations) for six years running.

There’s no denying that UWM Holdings had a spectacular quarter. In particular, the company’s Q1 net income came in at $860 million.

Amazingly that represents a 42x-fold increase on a year-over-year basis.

Furthermore, UWM Holdings announced that its Q1 originations, in terms of loan volume, had climbed 16% YOY to $49.1 billion.

That’s not a bad gain at all.

Now I can understand why the headline news was the 4,200% YOY increase in quarterly net income. I mean, that’s something you don’t see every day.

However, there’s another detail that deserves your attention.

Reportedly, UWM Holdings’ board of directors “authorized a share repurchase program of up to $300 million over the next 24 months,” starting on May 11 of this year.

Share buybacks are typically a good sign. They often signal a company’s confidence in its ongoing profitability.

Plus, it’s encouraging to know that a company can afford to buy back its own shares because firms that are in financial trouble usually don’t do that.

Focusing on the meme-worthiness of UWMC stock might not be the best strategy.

UWM Holdings is doing extremely well on its own and doesn’t need the Reddit crowd to boost its stock.

After checking the financial data and the share-buyback news, you’ll see that UWM Holdings is a worthy real-estate market holding, memes or no memes.