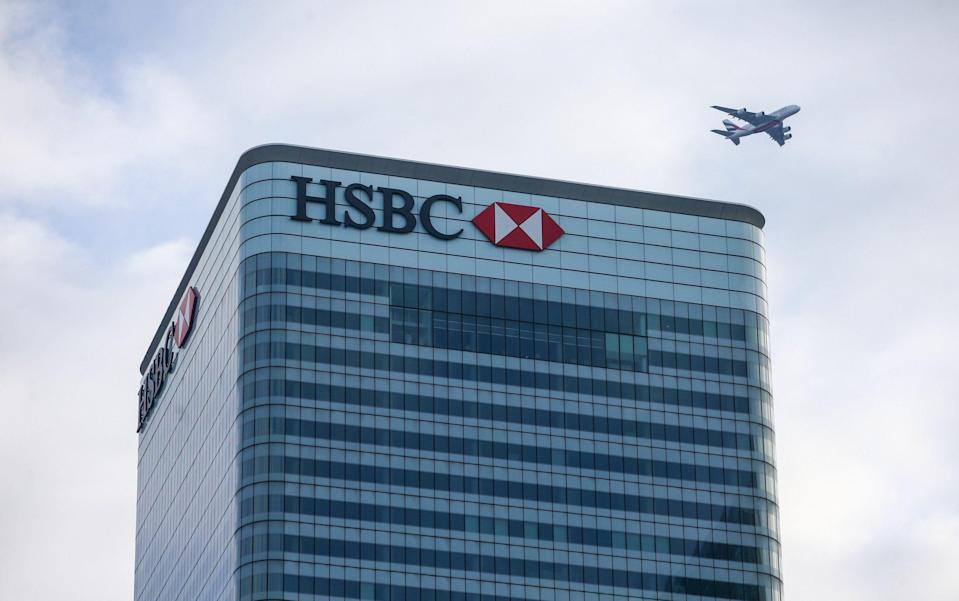 European banks have tumbled down the world rankings following a bruising encounter with the pandemic, as Chinese lenders continue to rise.

HSBC is the only European lender to make the world’s top 10 banks, in a year when the Covid crisis hammered profits across the industry.

Europe’s biggest bank rose one position to 8th place after recording a 8pc rise in tier one capital to $160.2bn (£115.4bn), according to data from The Banker.

HSBC, which is based in London but makes most of its profits in Asia, endured a smoother ride by concentrating its focus on the more resilient Hong Kong and Chinese markets.

HSBC was one of only a few bright spots for the UK industry, which has been grappling with Brexit uncertainty and a wave of toxic loans linked to the pandemic.

Barclays rose one place to 27th, Lloyds Banking Group remained in 42nd, while Natwest fell two places to 43rd and Standard Chartered dropped five positions to 48th, according to the rankings.

HSBC announced in February that it would beat a further retreat from the West by investing $6bn to expand across China, Singapore and Hong Kong.

The lender has faced a backlash from Western investors and politicians, however, after it backed Beijing’s controversial security law on Hong Kong and began freezing some pro-democracy activists’ bank accounts.

Joy Macknight, editor of The Banker, said: “The UK banking industry has faced significant headwinds over the course of the past year, with the impacts of the Covid-19 pandemic and Brexit uncertainty weighing profitability down.

“Despite the challenging environment, the UK’s banking sector remains the fifth largest in the world, with aggregate Tier 1 capital of $437.5bn, underpinned by London’s position as a leading global financial centre.”

China's banking sector maintained its dominance in the world rankings. Chinese lenders ICBC with $440bn tier one capital, China Construction Bank at $362bn, Agricultural Bank of China at $336bn, and the Bank of China at $305bn, held to the top four positions.

Chinese lenders reinforced their financial might by bolstering profits by 5pc to $348bn, enabling the nation’s financial sector to hold onto the top spot in the profit rankings.

It came as the US banking industry reached second place in the profit table, despite falling 32pc to $173bn, while Japan took third place with a 2pc fall at $41bn.

While profits across the top 100 banks dropped by 19pc year-on-year, the world’s financial centres remained in better health than after the global financial crisis when profits sank by 85pc in 2009.

Overall, the world’s banking industry defied the pandemic to increase tier one capital by 13pc to a record $9.9trn.