ABC News reported that history was made in more than one way when two African American female CEOs made this year’s Fortune 500 list for the first time. Thasunda Brown Duckett of TIAA and Rosalind Brewer of Walgreens Boots Alliance broke barriers with their historical presence in the business world. 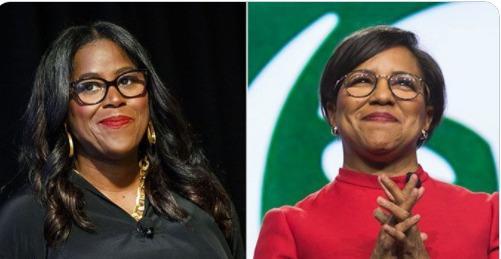 According to Fortune, Walmart ranked No. 1 on the list. However, the 500 corporations on this year’s list generated $13.8 trillion in revenues, or some two-thirds of the U.S. economy. The annual roundup ranks America’s largest companies.

“It does not escape me that I am standing on the shoulders of giants, including the cooks and janitors and others who look like me and were first to enter corporate America,” Brown Duckett said to ABC News. “They created the space for me to have this opportunity. My hope is that corporate America realizes that talent is created equally but opportunity is not, and we all acknowledge that there’s still more work to be done.” 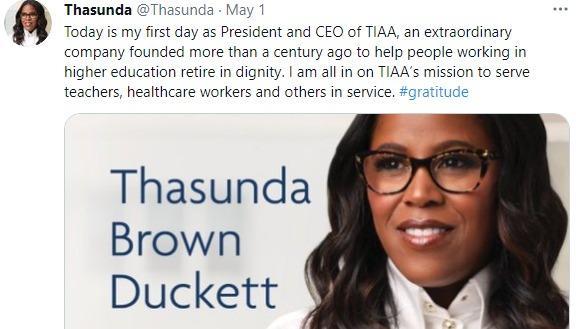 Women only make up 8.2% of Fortune 500 CEOs. Women of color comprise a mere 1.2%.,” CBS News reported. Fortune said that Brewer’s Walgreen Boots Alliance ranked No. 16, while Brown Duckett’s TIAA came in at No. 79.

“Before Duckett and Brewer began their new jobs, only one Black woman—former Xerox chief Ursula Burns—had ever run a Fortune 500 business on a permanent basis,” Fortune also said. “Burns stepped down from that role in 2017, and, with the exception of Mary Winston, who served as Bed Bath & Beyond’s interim chief for several months in 2019, Black female CEOs have been missing from the Fortune 500 ever since.” 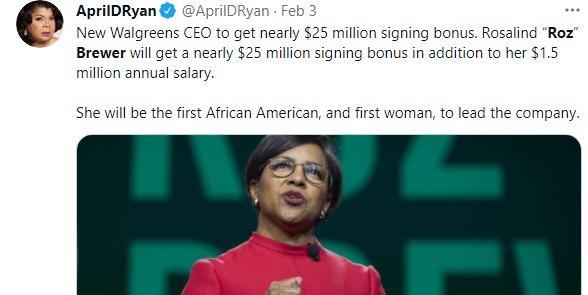 NPR added that addressing the long-standing lack of diversity continues to be a challenge for many top American companies, although it is an issue they are attempting to address. Keep in mind, only race is a factor in this instance.

“According to Equilar, a clearinghouse for corporate leadership data, 29.6% of companies on the S&P 500 do not have at least one Black board member. Today, there are five Black CEOs in the Fortune 500. When Ken Frazier retires from Merck next month, there will be four,” NPR said.