Tribune investors on Friday voted to sell Chicago's flagship paper and several other U.S. dailies to Alden Global Capital, a hedge fund long criticized by advocates who say it prioritizes profits over journalism.

Alden indicated that the vote okayed the roughly $630 million deal that would give it full ownership of the Chicago Tribune, the Baltimore Sun and several other newspapers.

"Local newspaper brands and operations are the engines that power trusted local news in communities across the United States,'' Heath Freeman, Alden's president, said in a statement. "The purchase of Tribune reaffirms our commitment to the newspaper industry and our focus on getting publications to a place where they can operate sustainably over the long term.”

Union officials said Tribune’s proxy statement in April said at least two-thirds of shares owned by parties other than Alden were necessary to approve the purchase, and a shareholder's abstention from voting would be the same as voting no.

Soon-Shiong said in a statement that he "abstained from voting,'' according to the Associated Press.

However, the Chicago Tribune reported that officials with its parent company confirmed that proxy ballots belonging to Soon-Shiong were counted as a "yes" vote because the "abstain'' box was not marked.

Soon-Shiong stands to collect about $150 million through the sale proceeds of his 8.7 million shares, the Tribune reported.

The deal would continue the consolidation of the newspaper industry and the trend of those publications being bought by financial firms as print journalism struggles to find its footing amid the rise of digital media and steep loss of advertising revenue.

More than 2,000 newspapers have closed since 2006, and half of newsroom positions have been wiped out by layoffs and attrition.

Where can you take off the mask?: These retailers no longer require masks in store following CDC announcement

"Voting in favor of selling to Alden represents a short-sighted view of the value of the company, and an utter disregard for the value of quality news coverage,'' Jon Schleuss, president of the NewsGuild journalists union which represents Tribune staffers, said in a statement.

"Alden has a track record of cutting local newsrooms to the bone,'' he continued. "Alden’s playbook of massive cuts will mean fewer journalists able to cover their communities, hold the power to account and provide a voice to the voiceless."

Some Tribune staffers hoped hotel owner Stewart Bainum might be able to intervene, but he ultimately did not make an offer to buy the company.

"While our effort to acquire the Tribune and its local newspapers has fallen short, the journey reaffirmed my belief that a better model for local news is both possible and necessary,'' Bainum said in a statement.

In 2019, Alden attempted a hostile takeover of USA TODAY owner Gannett, buying shares that gave it a roughly 25.2% stake in the company. Ultimately, Alden backed the merger of Gannett with New Media Investment Group. 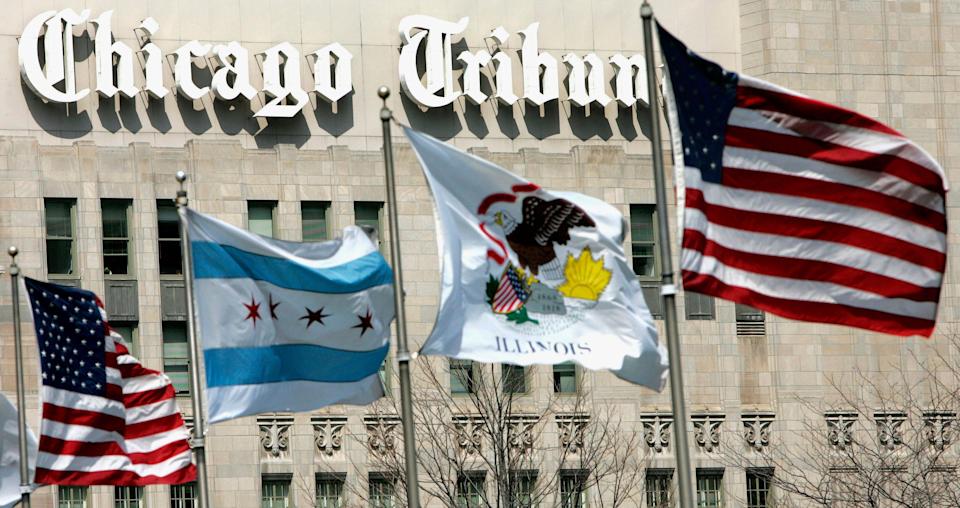 Investors voted Friday on possible sale of Tribune Publishing, which includes the Chicago Tribune, to Alden Global Capital, a hedge fund known for cutting costs and slashing newsroom jobs in a deal valued at $630 million.