With last month’s meltdown now fully behind us, where do the best opportunities lie in the crypto space? Right now, much of the focus is on more general-use altcoins with high decentralized finance (DeFi) applications. But what about niche altcoins like VeChain (CCC:VET-USD)? Could these be “buy the dip” opportunities as well? 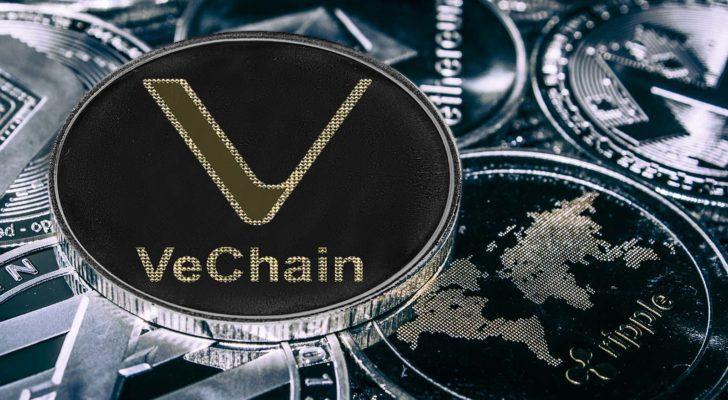 Not so fast. Unlike the more general-use altcoins, which have been touted as “Ethereum (CCC:ETH-USD) killers,” this token’s blockchain may be up against a much more unsinkable incumbent. What do I mean? VeChain’s blockchain provides an alternative to the current supply-chain system. Using distributed ledger technology, it’s looking to decentralize that whole ecosystem.

And, even if it does manage to catch on as an alternative? It’s questionable whether increased use of this name’s blockchain will result in an increased price for its coin. This may limit how much further it can gain from current prices (around 10 to 11 cents). Plus, there’s still the risk it falls back toward prior lows of less than 1 cent.

If you can afford that possible loss, there’s nothing wrong with rolling the dice here. Just keep in mind that it’s looking like a high-risk situation with a not-so-high potential return.

Maybe it’s stating the obvious to refer to any crypto asset as a “gamble.” But even established digital assets like Bitcoin (CCC:BTC-USD) are very volatile, with price movements that can be tough to predict. Yet, even in such a risky asset class, VeChain may be even more of a longshot.

Why? Decentralized finance has already proven itself to be a possible disruptor of the traditional financial system. However, the space this token’s blockchain is looking to disrupt is still a work-in-progress.

True, as InvestorPlace’s Mark Hake discussed on May 18, VeChain has already formed partnerships with scores of big-ticket stakeholders — from companies based in China to several well-known global names like BMW (OTCMKTS:BMWYY) and LVMH (OTCMKT:LVMUY).

Yet, as InvestorPlace’s Josh Enomoto recently put it, there may not be enough financial incentive for this alternative to work. That is, the miners facilitating supply-chain management on the VeChain blockchain are not paid in dollars but in VET-USD. Few may be willing to put in the work for this highly-volatile, less liquid reward.

Sure, it’s too early to tell whether the bull case or Enomoto’s bearish take will play out. But, weighing the risk against the potential long-term return, VeChain’s not looking like something worth chancing.

Its Blockchain Could Take Off, But Not Its Token

The risk highlighted by Enomoto isn’t the only reason why you may want to hold off on VeChain’s token. The use-specific nature of its platform is another factor that lessens its investment appeal. Here’s why.

The term “altcoin” is a catch-all for any crypto asset that’s not BTC-USD. You can break down the altcoin category further into two categories.

First, there are the coins and tokens with a large amount of use cases. Think of Cardano (CCC:ADA-USD), Polygon (CCC:MATIC-USD), Solana (CCC:SOL-USD) and the many other would-be “Ethereum killers.” Even if they fail to supplant ETH, they could continue to appreciate as more financial transactions become decentralized.

Second up is the group of coins and tokens designed for more industry-specific uses. VeChain is firmly in this category, as are Ripple’s XRP (CCC:XRP-USD) and Stellar’s Lumens (CCC:XLM-USD). Both of these were designed for funds remittance. While the tech behind these niche coins may be solid, they may also have far less room to gain.

That’s because the demand for their platforms may be high but demand for native tokens may not follow suit. In the case of the Ripple and Stellar networks, it could only end up being used to pay for transactions. And in the case of this blockchain? You could argue that VeChain will resort to paying out in stablecoins or other altcoins rather than VET-USD.

You could argue that this blockchain’s technology will solve many of the issues plaguing supply-chain management today. However, all bets are off whether this will result in its native token taking off as the platform becomes more widely used in global commerce.

So, what’s the best move with VeChain? If you have no issue with an “all or nothing” play like this one, there’s nothing wrong with diving in. Just keep in mind that, like other use-specific altcoins, it’s potential to gain may be more limited than with more general-use ones.

On the date of publication, Thomas Niel held long positions in Bitcoin and Ethereum. He did not have (either directly or indirectly) any other positions in any of the securities mentioned in this article. The opinions expressed in this article are those of the writer, subject to the InvestorPlace.com Publishing Guidelines.

Thomas Niel, contributor for InvestorPlace.com, has been writing single-stock analysis for web-based publications since 2016.

The post Tread Carefully with VeChain, the Supply-Chain Altcoin appeared first on InvestorPlace.