Earlier this week, Bitcoin (CCC:BTC-USD) fell below $30,000 for the first time since January. 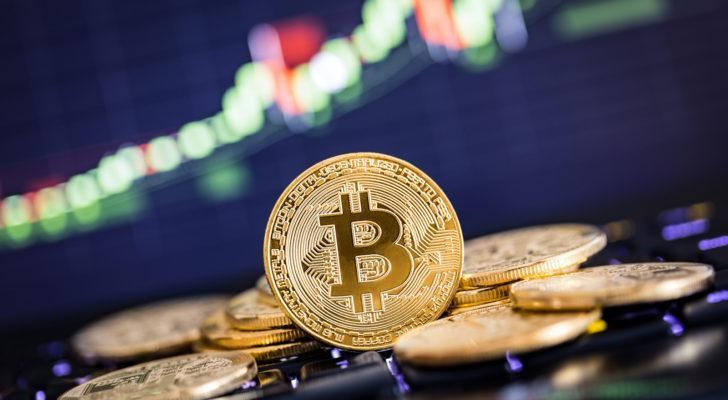 It actually traded below $29,000 and fell into negative territory for the year.

If you haven’t been following the world’s first and largest cryptocurrency, that’s a big drop of more than 50% in a little over two months.

The dip under $30K was brief, and the world’s largest cryptocurrency bounced back above in a matter of hours. But it was still enough to make many investors panic.

Not us. And not the big money either…

MicroStrategy (NASDAQ:MSTR) is a $5.4 billion software company that is a pioneer in corporations moving a portion of their cash into Bitcoin. Co-founder and CEO Michael Saylor saw the undeniable opportunity and sunk another $489 million into the company’s latest Bitcoin purchase.

Sure, the company could have saved a couple bucks by waiting a few more days. But it’s impossible to time to market, especially cryptos. And when you understand the incredible wealth-building opportunity that Bitcoin holds, saving a few extra dollars — even when it’s more than 100 million dollars – ultimately doesn’t matter.

With its latest purchase, MicroStrategy owns more than 105,000 Bitcoins. At current prices, that’s worth $3.4 billion. And the company “only” paid about $2.7 billion to acquire them.

A gain of 26% already, even with Bitcoin well off its highs…

And way below where I expect it will be a year from now.

Michael Saylor said at the recent Bitcoin 2021 conference in Miami that he believes it is better to hold Bitcoin than cash, given the near certainty that a dollar today will be worth less a year from now.

Here’s what he said…

…I don’t want to decapitalize the company. I want to keep the capital or grow the capital… The big breakthrough is I can convert my cash from a liability to an asset… And then we realized that if that asset is going to go up by more than 10% a year and you can borrow money at 5% or 4%, or 3%, or 2%, then you should pretty much borrow as much money as you can and flip it into the asset.

Well, that’s exactly what he did. Days after Bitcoin 2021, MicroStrategy announced that it would issue $500 million more in debt to flip into Bitcoin. And earlier this week, it announced the completion of that process.

That’s how much Saylor believes in Bitcoin’s superiority to cash.

MicroStrategy may have been the first, but it’s not the only company diversifying its balance sheet away from cash.

And in February, Tesla (NASDAQ:TSLA) joined the club when it bought $1.5 billion worth of Bitcoin to “further diversify and maximize returns on our cash.”

I expect more companies will add Bitcoin and other top cryptocurrencies — known as altcoins — as alternatives to cash … and as strong investments in themselves.

We’re already seeing this on Wall Street. Paul Tudor Jones, one of the most successful and influential investors in history, is a big buyer of Bitcoin. JPMorgan CEO Jamie Dimon called anyone who owned Bitcoin “an idiot” in 2016. Today, it’s one of his firm’s largest holdings, and JPMorgan even has its own cryptocurrency.

ARK Invest, a firm I respect, bought one of Bitcoin’s recent dips. As did Ray Dalio, the co-chief investment officer of Bridgewater Associates — the world’s largest hedge fund. I believe that was his first Bitcoin purchase.

Businesses, consumers, big-money investors, and even governments and regulators are finally starting to realize what’s going on. Bitcoin and altcoins cannot be ignored by large firms anymore.

We’ve seen money managers, hedge funds, large institutions, and publicly traded companies turn to cryptocurrencies and their underlying technology in force. And it’s kicked off a truly seismic shift in the industry.

The big money realizes that if they don’t adopt a plan, they will be left behind.

The same is true for smart investors. Not investing in cryptocurrencies and the blockchain today would be similar to not investing in the advent of the internet.

Regular readers know that I am a Bitcoin bull. And I expect even bigger gains from lesser-known altcoins that haven’t gotten 1/100th the attention Bitcoin has.

They also know that I believe strongly that Bitcoin will hit $100,000. I suspect firms like MicroStrategy have a similar outlook.

Bitcoin $100K would be a 3X increase from current prices. And select altcoins should multiple their money even more.

That’s the nature of hypergrowth trends, stocks, and cryptocurrencies. As long as their potential to transform much of our world remains on track, I expect to see more big gains in the years ahead.

All of that makes now the time to be at the forefront of the next big technology revolution moving into the mainstream in the Roaring 2020s.

The post This Firmâs $489 Million Purchase Says a Lot About the Future of Bitcoin appeared first on InvestorPlace.