‘There’s this interesting parallel between Nike and even an Amazon:’ BMO analyst

“When we can talk about a company the size of Nike scale, still blowing away numbers from a revenue perspective, but also from a margin perspective, they really gave you a lot to choose from,” Siegel said.

Nike posted Q4 revenue of $12.3 billion up 96% Y/Y, adjusted earnings per share of 93 cents. Nike Direct sales also increased 73% to $4.5 billion in the quarter. The sportswear giant delivered record Q4 North American revenues, up 141% on a reported basis, leading to the stock hitting an all-time high during trading hours.

Siegal, who raised his price target for the Swoosh brand to $174, compares Nike not to other companies in the sportswear space but to tech giant Amazon (AMZN)

“There’s this interesting parallel between Nike (NKE) and even an Amazon,” he said. “There’s this component where you create this flywheel where being the largest in a variable world also means others have to fight to catch up," he explained.

Siegal also noted how Nike’s strong subsidiaries have been key to its success over the years.

“The Jordan brand in and of itself is one of the largest brands in the history of time. I mean, that’s a fascinating thing to think about — the smaller part of Nike still far outpaces everyone else … The reality is this company showed remarkable outperformance across the board,” he said.

Despite its stellar Q4 report Nike, like any company, is not without its problems. Revenues in Greater China came in slightly below consensus estimates but were better than most feared. The company has also battled against supply chain headwinds that have plagued many in the sportswear space. However, Siegal argues that Nike is better positioned to handle this issue better than its rivals.

“This is an issue plaguing all of retail. And there’s a question we have to ask if you’re the largest, if you have a few containers out there, or if you have capacity in your warehouse and your manufacturing facility. Are you going to give it to smaller players that you’re not entirely sure what kind of an order they’re going to give you or are you going to consolidate it amongst the largest?” Siegal asks. 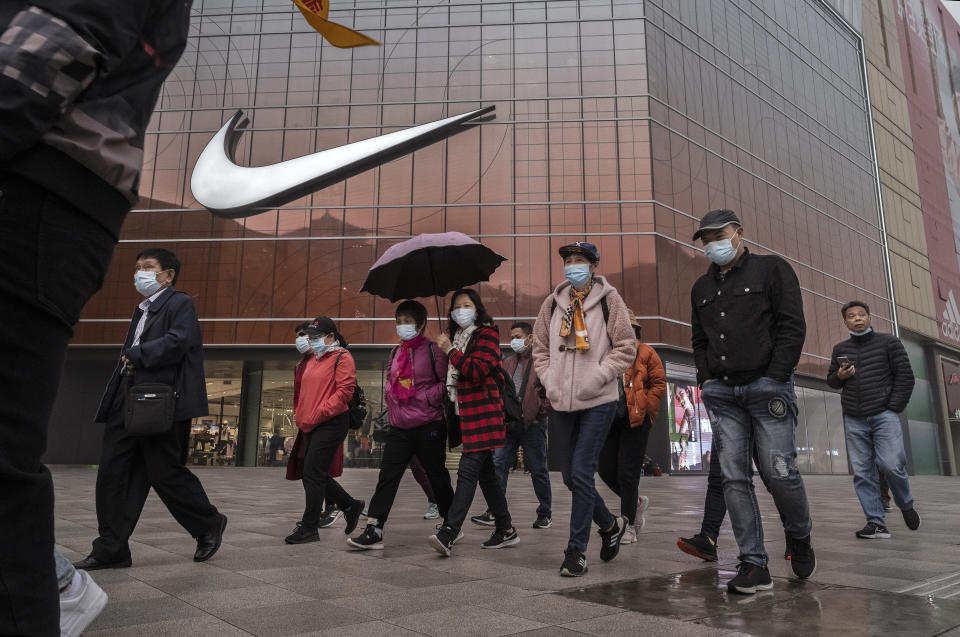 BEIJING, CHINA – MARCH 26: People walk by a Nike store at a shopping area on March 26, 2021 in Beijing, China. Chinese state media and social networking platforms called for boycotts of major Western brands, including Nike, after statements made by the companies in the past about Xinjiang cotton resurfaced online. (Photo by Kevin Frayer/Getty Images)

“I’m inclined to think we go towards the latter. So as this bottleneck issue hits, it probably hits the smaller companies much harder and disproportionately than it hits the larger companies, essentially continuing this notion of Nike and their ever deepening moat — and it sounds unfair, but that’s where the size and scale really comes in handy,” he said.