The recent rally is a sign of a strong summer for the index, according to the report. It confirms “a bullish cup and handle that sets up bullish summer seasonality with upside potential to 4400-4420.”

As of late, market growth has been characterized by a back-and-forth battle between tech-driven growth stocks and cyclical, commodity, and value stocks. The growth stocks underwent a rebound this quarter after a less-than-stellar Q1, and were accounting for a large portion of the stock market growth.

But this week, value stocks, led by cyclical stocks benefiting off improving economic conditions, pushed back against growth stocks’ progress. The former category of stocks accounted for much of the uptick in the SPX Tuesday, which vaulted over the 4,290-point benchmark.

The report makes a distinction between the performance of the S&P 500 market index and the S&P 500 equal-weighted index, which remains within a bullish trend but did not reach a high last week. “Although this is a lack of confirmation for last week's new highs on the SPX, we are on alert for a breakout from a May-June triangle pattern on SPW,” the report said. “A push above 6170 is the signal needed to confirm the triangle for upside beyond the recent highs near 6185-6206 toward 6445.” 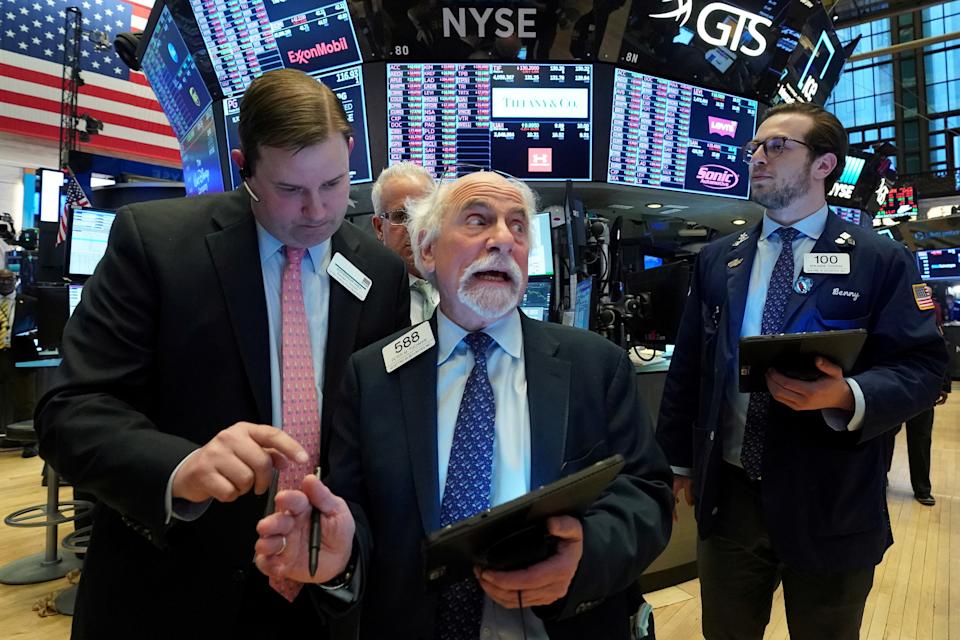 “This means that free credit balances net of margin debt (net free credit) moved to a record negative level of -$414b in May,” the report said. “If net free credit begins to rise, it could send a bearish signal for US equities.”

The Global Research report also noted that the Dow Jones Industrial Average (^DJI) and Transportation Average both failed to set new highs last week, resulting in a bearish divergence. “Dow Theory is not bearish but in a corrective phase within a primary bull market,” the authors concluded.