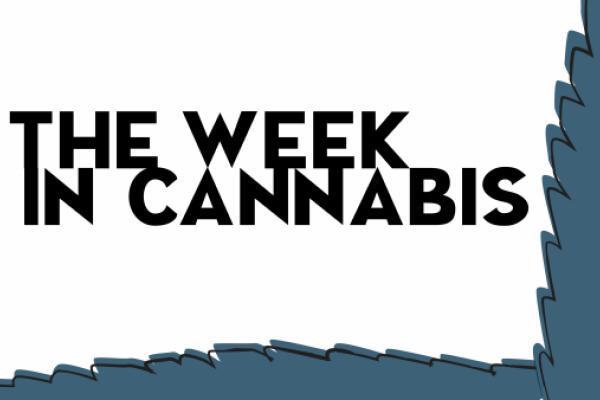 Connecticut became the 19th state in the U.S. to legalize marijuana for recreational purposes.

The bill, signed into law by Gov. Ned Lamont, allows adults 21 and older to possess up to 1.5 ounces of cannabis. It goes into effect on July 1; the sale of recreational marijuana is planned to kick off in May 2022.

According to the analyst, this should be particularly beneficial to Curaleaf Holdings (OTCQX: CURLF) and Green Thumb Industries (OTCQX: GTBIF), the only two vertically integrated cannabis operators in Connecticut.

“Medical retailers and producers will be grandfathered into the program,” Zuanic said.

New recreational store licenses will be provided via a lottery system with half of the licenses being reserved for social equity applicants. The limit is set to two stores per company, based on which Trulieve Cannabis (OTCQX: TCNNF) can apply but Curaleaf cannot.

The companies will boast a combined annual revenue of over $100 million.

Conan Lights Up And Other Celeb Moves

With his late-night talk show coming to end after more than a decade, Conan O’Brien apparently decided to go out in a hail of smoke. On Tuesday’s show, the host and his guest Seth Rogen shared a joint on live television.

Ocean Grown Extracts, a family-owned cannabis company with a profound focus on social justice, has launched EVIDENCE, a brand that packages its flower in police-style evidence bags with the intent of not-so-subtly compelling customers to reckon with the racial disparities surrounding drug-law enforcement.

US Federal And State Cannabis News

A group of House Representatives released a measure that could override a long-standing presidential denial of recreational marijuana sales in Washington D.C.

While adults over 21 are allowed to grow and possess marijuana, commercial sales remain barred by a rider that has been consistently included in all presidential budget proposals since 2014.

The Senate Veterans’ Affairs Committee reviewed a bill that would ask the U.S. Department of Veterans Affairs (VA) to run clinical trials on the potential benefits of cannabis for the treatment of military veterans suffering from post-traumatic stress disorder (PTSD) and chronic pain.

The measure, sponsored by chairman Jon Tester (D-MT) and Sen. Dan Sullivan (R-AK), was discussed along with another 20 veteran-related bills although only the cannabis measure was not openly discussed but rather received written testimony opposing it.

The Rhode Island Senate approved the legalization of marijuana for adults on June 22, entering the race to become the 20th state to legalize recreational cannabis. The bill is now heading to the state House Of Representatives.

Cannabis sales in Benzinga's home state of Michigan totaled $148.9 million in May, dropping by 3% month-over-month.

According to the Michigan Marijuana Regulatory Agency, medical cannabis sales declined 1.5% year-over-year and 8% to $44.5 million while recreational sales dropped by 1% sequentially to $104.4 million, representing a 165.6% increase compared to the same month of 2020.

Cannabis sales in Canada hit CA$309.7 million ($251.7 million) in April, representing a 3.8% increase compared to March and a 73.6% year-over-year spike, according to new data from Statistics Canada.

After kicking off 2021 with two consecutive sequential declines of 6%, Canadian cannabis sales are back on track, having climbed 14% in March followed by a slight increase in April.

The United Nations Office on Drugs and Crime issued its 2021 World Report in which it suggested placing a global ban on cannabis advertising.

France’s highest appeals court overturned the ruling that banned all French shops from selling CBD products. Judges ruled that the sale of CBD in France was indeed legal if it had been legally produced in a member state of the bloc.

The upper house of Parliament in Lithuania recently approved a series of amendments signifying a plan to enable both the production and sale of products using all parts of the hemp plant. Backers of the law noted that full legalization of industrial hemp could result in the formation of an industry that will produce up to €100 million ($118 million) in sales.

Last Prisoner Project, Dream Corps and Mission Green hosted “50 Years of Injustice: Time To End The War on Drugs,” an evening of action to uplift the voices of targeted communities, rectify old wrongs and organize to pass bills like the bipartisan EQUAL Act that seek to ensure history does not repeat itself. Panelists included figureheads like Killer Mike, Kyle Kazan (CEO of Glass House Group), Weldon Angelos and more.

“In our support of The Weldon Project and Mission Green, it was an honor to participate in the panel on the impact of the War on Drugs on culture with such remarkable individuals as Killer Mike, Keone Kela and Warren Ballentine. I was delighted to find we all had so many views in common,” Kazan told Benzinga. “We all share the mission, along with Weldon and his team, of immediately releasing all non-violent cannabis prisoners and of realizing meaningful, viable social equity programs for people of color in the cannabis industry, as we seek to redress some of the harm done by the misguided War on Drugs.”

The majority of U.S. states that have legalized recreational cannabis still lack the laws and strategies that would help create a fairer and more equitable cannabis industry, according to a report undertaken by Leafly.

Even though Black people make up 14% of the U.S. population, Leafly’s research found that they only own 2% of cannabis businesses. That disparity is especially glaring in light of data that track black ownership in all industries nationwide. Roughly 1 in 20 Black Americans own business equity in any industry, while only 1 in 50 cannabis companies is Black-owned.

Trulieve Cannabis Corp. (CSE: TRUL) (OTC: TCNNF) got one step closer to completing its merger with Harvest Health & Recreation Inc. (CSE: HARV) (OTCQX: HRVSF) in a $2.1 billion deal after the 30-day waiting period under the Hart-Scott-Rodino Antitrust Improvements Act of 1976 in connection with the previously announced proposed acquisition had expired.

Canopy Growth Corporation (TSX: WEED) (NASDAQ: CGC) completed its merger with The Supreme Cannabis Company, Inc. (TSX: FIRE) (OTCQX: SPRWF). The company acquired all of the issued and outstanding common shares of Supreme for roughly 9,013,400 shares and around $84,096.89 in cash.

The Chicago-based company said Friday it completed the transaction and borrowed a total of $85 million, including the original issue discount and other estimated offering expenses.

AFC Gamma, Inc. (NASDAQ: AFCG) is poised to raise $56.4 million through its underwritten public offering of 2.75 million shares of its common stock at $20.50 per share.

House of Wise, a new female-founded CBD brand, is raising $2 million through a seed funding round.

Body and Mind Inc. (CSE: BAMM) (OTCQB: BMMJ) released its third fiscal quarter earnings with revenue of $7.16 million, up by 580% from the same period in the prior year.

Delta 9 Cannabis Inc. (TSX: DN) (OTCQX: DLTNF) posted guidance on its revenue forecast for the quarter and six-month period ending June 30, 2021, based on preliminary results. The company expects to generate between $15.5 million and $17.25 million in the second quarter, compared to $13.23 million in the prior period and $13.01 million in the corresponding quarter of 2020.

Uruguay-based Fotmer Life Sciences announced a partnership with European medical cannabis company Cantourage, to utilize the latter’s platform for the sale and distribution of medical cannabis flower in the German market.

Green Hygienics Holdings Inc. (OTCQB: GRYN) teamed up with Inter Cargo and ABA Cargo to distribute its CBD and hemp products in Mexico and Central America.

The name change will not affect the company's stock symbols.

Later in the week, Audacious Brands closed a supply agreement with Belle Fleur Holdings, under which the latter will grow Audacious’ proprietary cultivars under a cost +5% agreement.

“We are executing on our capital-light MSO expansion strategy at a rapid pace,” Booth told Benzinga. “In Belle Fleur we have a highly connected partner, whose roots are in the legacy market with access to some of the best genetics, as well as to an enviable roster of influencers through their background in the music industry. This, combined with ALPS' unsurpassed track record in delivering high-quality facilities, our award-winning brands, as well as our partner's brand Rapper Weed, we are set up exceptionally well for success in Massachusetts. We will also be exploring opportunities for further collaboration with Belle Fleur, both within Massachusetts and other states.”

The Small Exchange celebrated its one-year anniversary with the launch of the first futures contract on marijuana stocks.

Small Cannabis, listed under the S420 symbol, is based on an index that includes 21 producers and distributors of medical and recreational cannabis products. Among the companies included are Tilray Inc (NASDAQ: TLRY), Canopy Growth and Cronos Group (NASDAQ: CRON).

Halo Collective announced the reorganization of its non-U.S. operations, Bophelo Bioscience & Wellness Pty. Ltd. and Canmart Ltd. into a newly formed Alberta corporation called Akanda Corp. Tej Virk will be leading the charge of Akanda as CEO and Louisa Mojela will serve as executive chairman. This reorganization will enable Akanda to be a low-cost supplier of high-quality and ethically sourced medical cannabis products to the African, UK and European markets.

“As CEO of Akanda, I am thrilled to represent and lead a brand that embodies top of the line cannabis practices that cultivates high quality and ethically sourced cannabis at scale. As the first CEO, I plan to use my extensive cannabis M&A experience to help the company thrive not only financially but to ensure all decisions enhance our stake in the market,” Virk told Benzinga.

Praetorian Global, the parent company of cannabis brand Binske, teamed up Thursday with Michigan’s licensed cannabis producer Six Labs and signed a $55-million licensing agreement to launch a line of products in August.