The 7 Hottest Tech Stocks in the Nasdaq Right Now

Investors are always looking for the next best tech stocks to buy. In some cases though, that can lead investors down the wrong path. There are plenty of low-quality, high-valuation stocks that don’t deserve to be trading at their current prices. Those are the ones that pay the real price when a bear market comes along.

However, finding high-quality tech stocks can lead to a huge win, both in the short-term and the long-term depending on the investor. That doesn’t mean they always come with a low valuation — it’s not that easy — but we can still find opportunities in this space.

After all, it’s tech that often has the largest tangible addressable markets, best margins and largest opportunities. It’s why these stocks tend to command higher valuations and have now garnered some of the largest market capitalizations in the world.

Unfortunately, we’ve seen a big dip in many growth stocks lately. Despite strong secular trends, many of these names are in or near bear market territory. On the plus side, that gives long-term investors an opportunity to accumulate their positions. 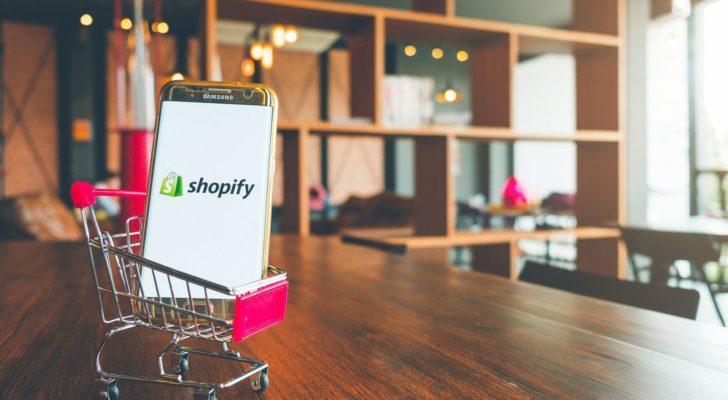 One of the hottest trends in tech is e-commerce. That has been a long-term growth trend for years and the coronavirus pandemic only accelerated it. Early in the pandemic, Shopify provided a business update and Wall Street didn’t like it. Shares cratered lower in response, but hey, what did investors know? It was a volatile time and it was tough to tell left from right.

In the end, it was actually a great update and it ended up kickstarting a monstrous rally in the stock price. Shares ran from roughly $300 to almost $1,500, good for a near-400% gain.

However, shares are now 22% off the highs, while Shopify has been consolidating for several quarters. Strong earnings haven’t been able to break it out of this consolidation, nor has a partnership with Google.

Google is deepening its partnership with Shopify and hopes to drive more revenue from the e-commerce world. If it ends up being a win for Google, it will most definitely be a win for Shopify.

Either way though, this company has completely altered the way e-commerce operates. Despite its lofty valuation, look for Shopify to remain an internet staple for years to come. 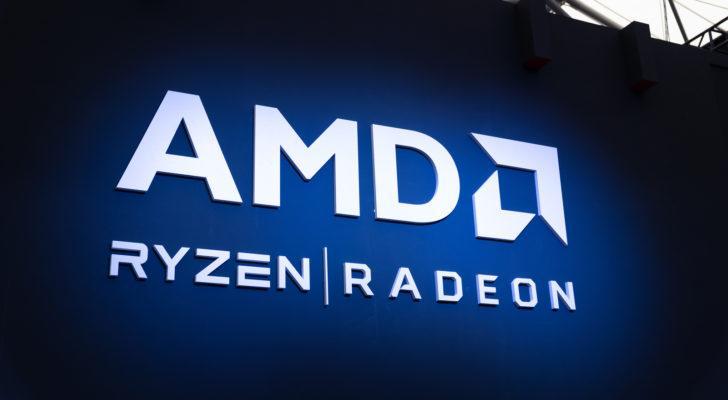 Advanced Micro Devices has also been hit by the recent selloff in growth stocks. Like Shopify, AMD has been consolidating for months. Whether investors acknowledge it or not, the pandemic drastically accelerated demand for the company’s products.

That’s why AMD had a record 2020 and why forecasts for the out-years (2021 and beyond) have only continued to climb over the last few months. A global shortage of chips only adds to the situation, as AMD works as fast as it can to fulfill its end-customers’ needs.

23% off its highs and this one is a great stock to buy and hold. Scooping up AMD now is an acknowledgement that demand for its chips will remain strong in the years to come — and there’s little reason to think that won’t be the case. 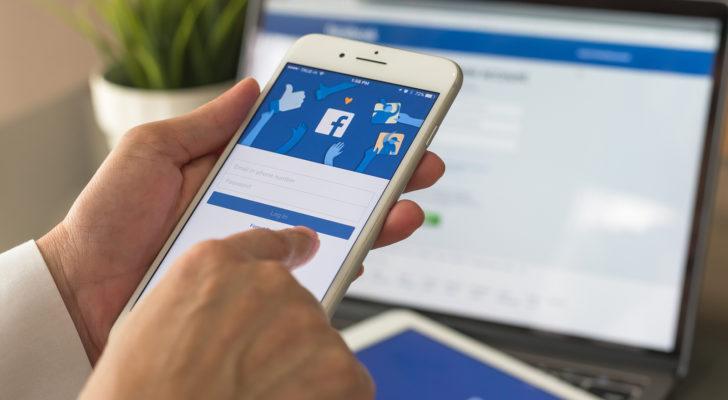 One characteristic we’ve seen this earnings season? The lack of upside rallies. Even on stellar results — and I mean blowout, incredible results — companies like Apple (NASDAQ:AAPL) have seen their stock prices slip after earnings.

In fact, almost all of the FAANG components sold off after earnings, with the exception of Facebook. It was the one component that was able to generate a notable post-earnings gain, up 7.3% the day after it reported, (Alphabet climbed about 3%).

In any regard, the death of Facebook and social media has been greatly exaggerated, if not completely fabricated. We can debate the morals of Facebook until the sun goes down, but the reality is that the stock isn’t going anywhere but up over time.

Analysts expect another strong year in 2021, with revenue growth of 35% and earnings growth of 30%. 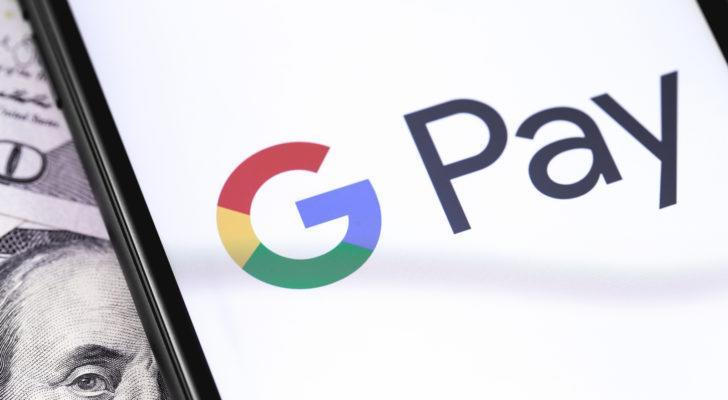 Closeup of Google Pay on a smartphone.

Speaking of FAANG, do you know what the best-performing stock has been? I think it’s fair to say you already know it’s Alphabet. Still, this stock has been dominant.

Shares are up 30% this year and 31% over the last 6 months. No other FAANG component comes close to that. Facebook is the closest, sporting about half of those gains. Alphabet is also the best-performing FAANG over the past 12 months, up 65%. Long-term bulls are certainly bathing in the sun amid the recent run.

For its part, Alphabet turned in a solid earnings report, although the stock has struggled for upside traction lately. That’s as its other mega-cap tech peers have struggled too, even though Alphabet has strong growth and a robust balance sheet.

Analysts expect roughly 30% revenue growth this year and about 50% earnings growth. All the while Alphabet has more than $135 billion in cash and equivalents on its balance sheet. 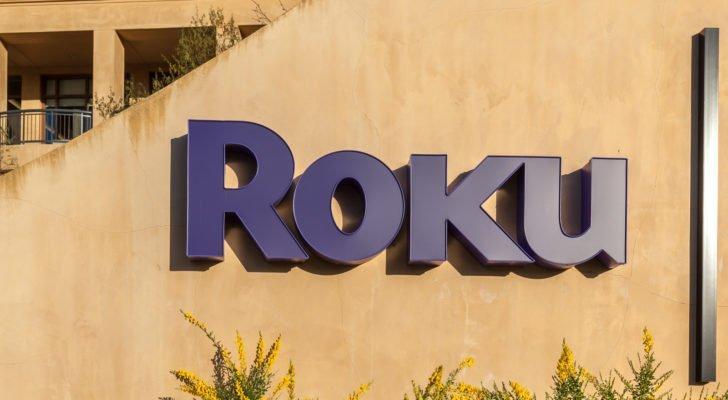 Facebook was the one FAANG stock to really rally on earnings, but in the growth world, investors were lucky if their holdings stayed flat after earnings, let alone rallied. Despite incredible results, most of these companies were hammered after the print. Not Roku though.

Roku stock actually rallied on earnings, climbing 11.5% on the day and up 18.7% at one point in the session. Seeing sellers step in that day is not too surprising, given the pain we’ve seen in this group.

Even in Roku’s case, shares are 34% off the highs and this is considered a high-quality growth holding.

Regardless, there’s incredible momentum in the streaming content business. Investors who still think Roku is “just a streaming stick” haven’t been paying attention. The company is increasingly pivoting toward content, while using its free streaming channel to drive ad revenue. It’s also generating a slice of the “content pie” when customers sign up for other services through its platform.

It’s firmly set to ride the wave of streaming video both domestically and internationally, and that’s exactly what it will do in the long term. 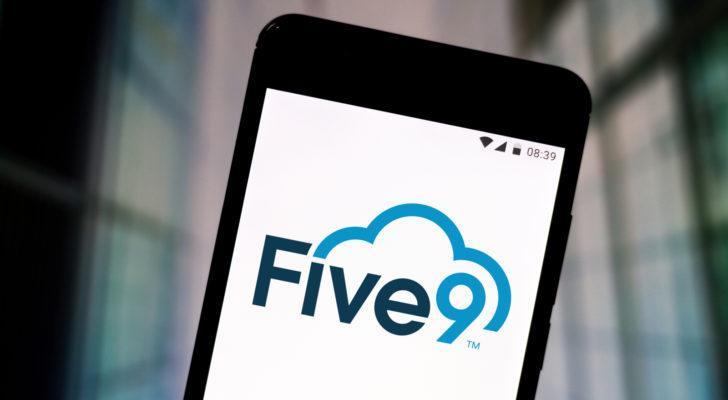 photo illustration of the Five9 logo seen displayed on a smartphone

Five9 is one of the few other growth stocks that actually rallied after it reported earnings. Shares closed higher by almost 8% after it reported, but it has since got caught up in the growth-stock selloff and given up all of those gains (plus a bit more).

Of all the stocks on this list, Five9 is likely the least well-known of the bunch. With its $11 billion market cap, it’s certainly the smallest of the group. The company “provides cloud software for contact centers in the United States and internationally.”

At a time like this, can we think of any other time where companies are receiving more calls? Cancellations, remote work, increased support questions and more have led to a boon in business for Five9. As companies need more customer solutions, in comes Five9, leveraging technology to help solve some of these issues.

Consensus expectations call for 26% revenue growth this year, followed by roughly 18% growth in both 2022 and 2023. Five9 has shown that it has secular growth behind it, as it uses the cloud to generate sustained growth. Once growth stocks get some love again, this stock will too. 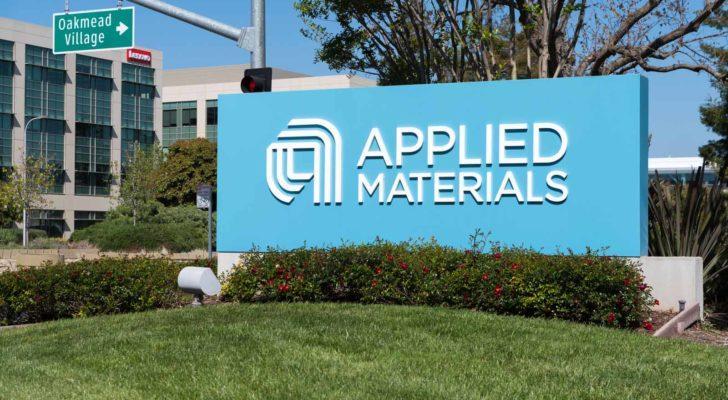 The global semiconductor shortage has companies working overtime to increase supply. The way they increase supply is through companies like Applied Materials, which has seen its stock price explode as a result.

Shares are up 44% so far this year and are up 120% from the October lows as investors have really focused on this shortage. Even before that though, the company has been incredibly well run. Estimates call for 26% revenue growth this year and 45% earnings growth. But perhaps the best part of this stock is its valuation.

Despite Applied Materials’ powerful rally, shares trade at “just” 20 times earnings. That’s rather reasonable given the growth rate and the quality of this company. That’s not to mention that Applied Materials recently approved a big $7.5 billion share repurchase plan.

This has all the hallmarks of a long-term winner.

On the date of publication, Bret Kenwell held a long position in ROKU and FIVN. The opinions expressed in this article are those of the writer, subject to the InvestorPlace.com Publishing Guidelines.

The post The 7 Hottest Tech Stocks in the Nasdaq Right Now appeared first on InvestorPlace.