Tesla’s Lidar Flirtation Is More Proof That Microvision Has Potential

Microvision (NASDAQ:MVIS) has seen its shares go on a wild ride over the past year. A penny stock for the first half of 2020, MVIS stock closed as high as $26.44 in late April. With that kind of exponential growth, of course Reddit and r/WallStreetBets were involved. 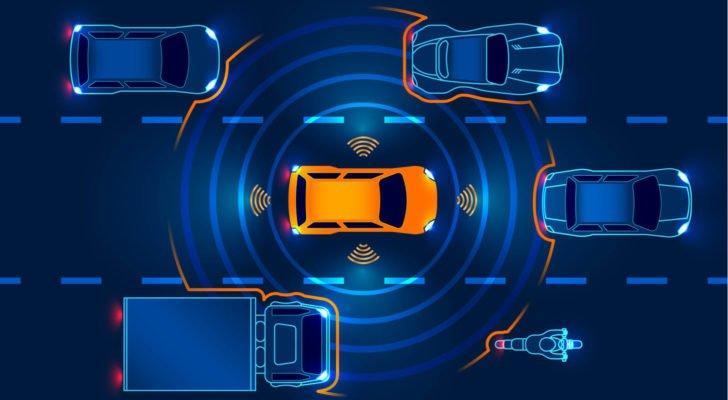 However, the Microvision story is a little more nuanced than simply being a meme stock. This company is working on lidar technology that could make it a key player in the automotive supply chain in the near future.

Moreover, Microvision has been around for several decades. The company’s PicoP scanning technology — an ultra-miniature sensing and laser projection system — is used in products like portable projectors and augmented reality (AR) solutions. However, that is a small, niche business. MVIS generated all of $500,000 in revenue in the first quarter of 2021. So, the real interest in MVIS stock is its lidar, which is targeted for release in the third or fourth quarter of this year.

MVIS Stock: Why the Excitement Over Lidar?

Lidar (light-detecting and ranging sensors) is seen by many as being critical to the advent of autonomous cars. Basically, this tech sends out millions of pulses of infrared light per second. It then measures the time those pulses take to bounce off objects and builds a 3D map of the surrounding environment. This technology captures objects that radar, sonar and image cameras miss.

Now, a new crop of vehicles is beginning to be released and will be the first to incorporate integrated lidar systems. Microvision wants a piece of that action. The company has leveraged its expertise to develop a long-range lidar solution for the auto industry. Ultimately, the value of MVIS stock and its long-term growth prospects are hitched to the lidar wagon. With the lidar market projected to hit $6.71 billion by 2026 (from $1.32 billion in 2018), the potential here is real.

At the end of April, CEO Sumit Sharma assured investors of the following:

“We remain on track in advancing our automotive lidar development program as the Company completed its A-Sample lidar hardware and development platform on schedule.”

Will Tesla See the Lidar Light?

Of course, it’s tough to talk about autonomous driving without getting into Tesla (NASDAQ:TSLA), though. Not only is it a leader in electric vehicles (EVs), Tesla is also on the cutting edge of autonomous driving. But the company has frequently been outright dismissive of lidar technology. In 2019, CEO Elon Musk unloaded on lidar at Tesla’s Autonomy Day event, telling attendees:

“Lidar is a fool’s errand […] Anyone relying on lidar is doomed. Doomed! [They are] expensive sensors that are unnecessary. It’s like having a whole bunch of expensive appendices. Like, one appendix is bad, well now you have a whole bunch of them, it’s ridiculous, you’ll see.”

“The system would be better and have higher reliability if it included lidar […] It’s definitely going to see a large truck or vehicle that’s crossing in front of you.”

Now, there appears to be a recent crack in Tesla’s stance. In May, a Tesla Model Y was spotted with lidar sensors mounted on its roof. Then on May 24, insiders confirmed to Bloomberg that the company has a contract with a supplier to test and develop lidar sensors.

To be clear, that technology partner is not Microvision. However, this news helped to boost lidar-related stocks in general. MVIS stock popped about 9% the next day, beginning a two-week rally. Having Tesla even investigating the possibility of lidar sensors on its EVs is a vote of confidence for the technology. And ultimately, if TSLA is on board, that will push other auto makers into matching the move.

True, the post-Tesla lidar rally for MVIS stock came to an end recently. The value of Microvision shares has been slipping since.

However, I think Microvision’s lidar solution has real potential to pay off. Currently, this name earns a “B” rating in Portfolio Grader. Even after its recent slide, MVIS is still up some 200% from the start of the year. It feels inflated for a company with little revenue, ongoing losses and a key product that is not yet in production. MVIS is attempting, but I suspect it has more room to drop yet.

As such, I would be inclined to agree with InvestorPlace contributor Faizan Farooque. He suggests that, with the Reddit effect still being felt, the time to invest in MVIS stock is when it “returns to Earth.”

The post Teslaâs Lidar Flirtation Is More Proof That Microvision Has Potential appeared first on InvestorPlace.