Tesla Is Getting Shorted Again. Now’s the Time to Buy.

It has been a difficult couple of weeks for Tesla (NASDAQ:TSLA) investors. TSLA stock is down 35% from a 52-week high of $900. In the past month, shares have declined 21%, underperforming the S&P 500, which is flat over the same period. Market jitters aside, it’s clear the on again, off again short call on Tesla is back. This time, the bears have strong backing, in the form of a $530 million short position disclosed by “Big Short” investor Michael Burry of Scion Asset management. 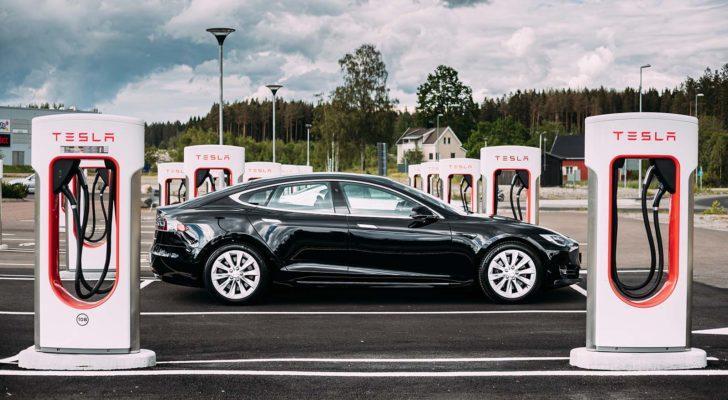 A black Tesla (TSLA) Model S is parked between rows of charging stations.

For Tesla holders, the combination of Musk/Bitcoin (CCC:BTC-USD)/Blurry was enough drama to hit in a week. But, there’s more: a potentially aggressive long-term growth forecast, concerns regarding Tesla’s business in China and renewed worry about Tesla’s lack of profitability in its core business. Now, Tesla stock could tip in either direction.

Looking closer, the bear call today looks a lot like it did in 2019. We know how that story ends. It’s time to tune out the noise, and buy TSLA stock.

Why Is TSLA Stock Dropping?

Macro factor play a part in Tesla’s decline. After all, it’s no secret that the U.S. equity market is taking a breather, as inflation fears cause a rotation out of growth stocks and into more defensive names. Second, there’s the EV sector itself, which appears to be recalibrating from the sky-high valuations doled out only a few months ago. And, third, there’s the Bitcoin plunge, which does impact Tesla’s balance sheet. With Bitcoin hovering just above $40,000, Tesla’s stake is worth roughly $1.5 billion, down from $2.5 billion at the end of last quarter.

But none of these factors has anything to do with Tesla’s fundamentals. And, nothing’s really changed at Tesla’s car business.

Elon Musk and the Cult of Personality

For starters, Tesla stock has always been an “on again, off again” short idea. At any cocktail party, chances are you’ll hear two main knocks on the stock. First, there’s Tesla’s high valuation relative to other car makers. Despite the recent decline, TSLA still trades at over 130x consensus 2021 earnings.

But there’s another reason investors have grown frustrated with Tesla stock. And that’s the company’s polarizing CEO, Elon Musk, whose widely publicized comments have a gyrating effect not only on Tesla, but on the entire cryptocurrency market. Tesla is one of the few large public companies that shows “respect” to retail investors. But for the proletariat, Musk’s accessibility also carries a downside. And, despite Musk’s own admission he’s no “chill, normal dude,” many investors have gotten tired of seeing the value of their investments fluctuate widely around Elon’s cult of personality.

In 2019, Tesla short interest was over 30%. Back then, the bears zeroed in on the company’s high operating costs and $1 billion in losses. Musk’s public behavior didn’t help. There was a controversial August 2018 tweet, which boldly declared he’d take the company private if the share price reached $420, and a subsequent podcast appearance that showed the CEO casually smoking marijuana. But after a strong third quarter earnings report, the automaker’s stock jumped, and Tesla short-sellers got badly burned — to the tune of $1.36 billion in losses.

Tesla and the Bitcoin ‘Hustle’

High jinks aside, Musk has clearly succeeded in making Tesla a disruptive, exponential growth story. And faithful Tesla shareholders have been rewarded, with an over 740% gain in the stock last year.

Looking at TSLA stock today, hovering at just under $590, not much has changed. While there’s generally no debate over Tesla’s leadership position in EVs, there’s still plenty of drama. And with Elon’s messages so very mixed, it can be hard for investors to separate the sizzle from the steak.

Musk’s over 55 million Twitter (NYSE:TWTR) followers are experiencing the rollercoaster ride firsthand. On May 12, Musk said Tesla had suspended vehicle purchases using Bitcoin, citing environmental concerns over the mining process. That statement alone wiped $300 billion off the entire cryptocurrency market in a single day. But it didn’t stop there.

On May 8, Musk made a widely heralded appearance on Saturday Night Live. Musk, the self-proclaimed “Dogefather,” called cryptocurrency a “hustle,” sending cryptos into a tailspin. Only a week earlier, Tesla’s CFO and “master of coin” Zachary Kirkhorn, indicated that the company was testing the liquidity of the coin as a cash alternative on its own balance sheet.

Earlier this week, after suggesting on Twitter that Tesla might sell its Bitcoin holdings, Musk provided further clarification — via a cryptic combination of words and emojis. With Bitcoin at around $30,000, its lowest level since late January, Elon tweeted that Tesla has diamond hands, suggesting that the electric vehicle maker would not be shedding its Bitcoin stake.

The bottom line: Tesla may once again need help to turn a profit by selling the cryptocurrency. But that’s no reason to short the stock. And, with the price of Bitcoin almost 50% lower than its all-time high, Tesla’s opportunity to profit on crypto sales appears less likely. Over time, we expect the Bitcoin hustle to be less a distraction from Tesla’s fundamental narrative, which is a long-term growth story in its early innings.

The Tesla bears are back. Short interest on Tesla, which hovers at just over 5.34%, is valued at over $23 billion — making it the largest short in the U.S. market by total value. In contrast, the average short interest ratio for stocks in the S&P 500 is currently around 3%.

So, what’s the bear thesis this time?

For starters, a big chunk of Tesla’s profits include zero emission credit sales. Tesla earns credits by producing more than its share of EVs and then sells these credits to automakers who don’t meet mandated quotas. Shorts say the reliance on these credits impedes Tesla’s long-term growth.

The regulatory credit story is nothing new. It’s true that, at the moment, these $1.6 billion in credits DO have an outsized impact on Tesla’s profitability (Tesla wouldn’t have been profitable without them). In Q1, Tesla reported $518 million in sales of regulatory credits, which were sold to other automakers that needed credits to offset their own carbon footprint. That number is up from the $270 million reported in Q4 2020.

But what should be more important to long term investors is the company’s earnings profile over time. The impact of these credits will continue to decline as the industry grows and more automakers make more EVs. At that point, Tesla will be competing against other battery-operated cars — not just gas engines. Overall government support for EVs is going up. And that should help not just Tesla, but all EV makers.

Looking closer, Tesla’s trailing 12 month ROE (Return on Equity) is pretty good. At 7.2%, Tesla is only modestly below well-established peers BMW (OTCMKTS:BMWYY) and Volkswagen (OTCMKTS:VWAGY), at 9.6% and 9.2%, respectively. This number is particularly impressive in light of the company’s production numbers. Last year, Tesla shipped just under 500,000 vehicles, versus Volkswagen’s 9.3 million. Cash flow Return on Investment (CFROI) at Tesla is also impressive, at 38% based on consensus 2023 estimates, which model $16 billion in operating cash flow on $47 billion in operating assets.

Another key piece of the bear thesis is increasing scrutiny around Tesla’s production guidance. Tesla’s forecast is to grow deliveries at a CAGR of 50% a year over a multi-year horizon. That means the company would sell almost 40x the number of vehicles it does by 2030 if it sustains this kind of growth rate.

Bears say the forecast looks aggressive given increasing competition from mainstream automakers and new EV entrants. They also point to the company’s production delays, which include delays in producing and delivering updated versions of its high-end sedan, the Model S, and SUV, the Model X. The company is also delaying commercial production of its custom-designed 4680 battery cells for use in upcoming vehicles, including the Cybertruck and Tesla Semi (expected late 2021).

There’s also the headline risk associated with the company’s planned manufacturing slowdown at its Shanghai plant, largely due to the extra 25% tariff on China-made vehicles imported into the U.S. Also fueling production concerns is recent chatter surrounding potential delays at the Tesla’s new Berlin plant. Finally, the bears cite recent high profile vehicle crashes, which have led to negative publicity and investigations by vehicle safety authorities.

But the views around production hiccups are short-cited, for a few reasons.

First, despite recent regulatory scrutiny in China and the U.S., Tesla’s delivery growth should still outperform this year. Tesla has already proven it can crush delivery and production numbers. The company delivered more than 184,000 cars in Q1 — beating expectations and the company’s own all-time delivery record. Tesla has a track record of turning on manufacturing capacity in record time.

Second, despite some cooling in China, the company’s Shanghai plant is still producing as expected. The EV maker should scale up from 250,000 to 450,000 vehicles this year. Third, consensus estimates aren’t factoring any meaningful production from the new Texas and Germany plants until 2022 (so no risk to near-term numbers).

Tesla Stock: Getting Back to Basics

TSLA stock is still pricey, but it’s a buy at these levels. The bear thesis is stale. And most of the daily volatility in TSLA stock is just noise. From a macro perspective, there are powerful near-term tailwinds. These include a more favorable regulatory environment and a Biden administration likely to focus on climate-related issues. Tesla’s delivery growth should outperform this year.

The best investing is still fundamental investing. And the long-term trajectory at Tesla shows no sign of abating.

The post Tesla Is Getting Shorted Again. Nowâs the Time to Buy. appeared first on InvestorPlace.