Tax expert: It may take longer than the summer to get delayed refunds

It may take longer than the summer for the Internal Revenue Service to go through the backlog of 35 million returns it had at the end of the 2021 season, according to National Taxpayer Advocate Erin Collins. The delay could affect many Americans still waiting on tax refunds.

"I would like to tell you that absolutely this summer. I'm not that optimistic," Collins told Yahoo Finance Live (video above) when asked when the delayed refunds may be expected. "The returns will not be coming in so fast, so hopefully that will give the IRS the opportunity to get caught up on all of those returns that are going through the manual processing."

The tax deadline this year was on May 17, so the agency is now receiving fewer returns and can go through the backlog quicker. Taxpayers who filed for an extension have until October 15 to send in their return.

At the end of the 2021 tax filing season, the agency held 35.3 million individual and business tax returns for manual processing, a 230% increase from last year when 10.7 million returns were backlogged, Collins wrote in her mid-year report to Congress published last week. The volume is also up 377% from the 2019 filing season.

On some returns, there was an inconsistency between the stimulus payment the taxpayer received and the amount claimed on their return. On others, the taxpayer used the new 2019 “look back” rule to calculate their EITC or CTC, and the IRS must verify that calculation.

"The real impact is to taxpayers," Collins said. "For a lot of the individuals, it's the rebate credit potentially being held up or the Earned Income Tax Credit that's being held up while they verify the information. That's a real challenge for taxpayers… not knowing when they're going to get that refund."

When asked about the findings of the report, the agency said that the numbers in the report "do not reflect the current situation at the IRS."

"The 35 million returns noted by the NTA include 15.2 million individual and business tax returns that are already in some stage of the normal processing stream and not part of the backlog," the agency said in a statement to Yahoo Money last week.

'If the IRS reaches out and contacts you'

The agency may send notices to taxpayers who are still waiting on their refunds, Collins said, and responding to the inquiries may speed up the process.

"If the IRS reaches out and contacts you, please respond as quick as you can to get the information to the IRS," Collins said. "If you don't, that is going to continue to delay your refund."

The agency may send notices when it has questions about a tax return, needs additional information, or needs to verify the identity of the taxpayer. 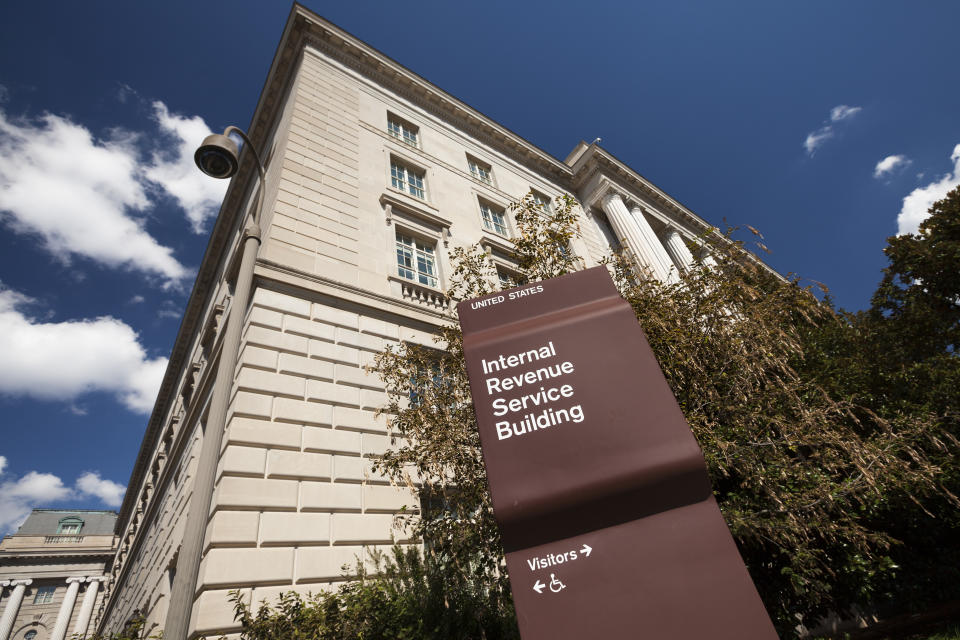 A confluence of factors are to blame for the significant backlog this year, Collins said. A backlog of 11 million paper returns carried into this tax season from the previous one. Additionally, pandemic legislation brought one-time tax changes in the middle of the filing season which required manual processing. IRS employees also worked in suboptimal conditions from home.

The agency also faces long-term staffing challenges. Between 2010 and 2018, the IRS lost over 21,000 employees and its budget was slashed by 20% when taking inflation into account. While the agency staff and budget increased slightly in 2020, both are still significantly below 2010 levels.

President Joe Biden is calling for $1.2 billion in additional funding for the Internal Revenue Service in his 2022 budget request — a 10% increase over 2021 — as well as further funding as part of his infrastructure plan.

"We need to get the IRS employees — across the board — up to the level of what I call the workforce of the future," Collins said. "Not only do we need to have the numbers increase, but we need to hire the right skill set."