Sundial Stock Is Going Up In Smoke 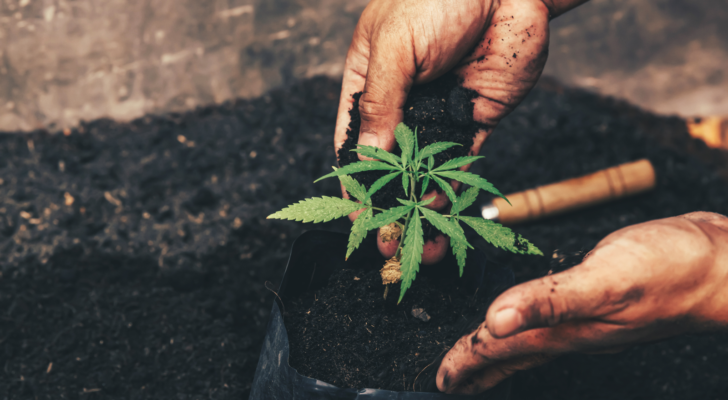 Investors continuing to hold out hope that SNDL stock will again surge as high as $4 per share, as it did in February of this year, are deluding themselves at this point. The stock’s unprecedented 607% run up was due entirely to a short squeeze executed by retail traders who frequent the Reddit chat boards and coincided with other big jumps of so called “meme stocks” such as GameStop (NYSE:GME), AMC (NYSE:AMC) and BlackBerry (NYSE:BB).

In reality, there was no justification for the appreciation of Sundial Growers stock, which is why it now trades at just $0.78.

Investors hoping that frenzied day trading will again grip SNDL stock could be waiting a long time. Every indication is that the Reddit mob has moved on to entirely new targets such as cryptocurrencies Ethereum (CCC:ETH-USD) and XRP (CCC:XRP-USD).

And not only has Sundial Growers been dumped by the people who pumped it up as high as $3.96 a share on February 10th, but the stock has also been hurt by the downbeat sentiment surrounding cannabis stocks as hopes fade for legalization of the recreational drug at the U.S. federal level.

Negative sentiment and pump-and-dump schemes aside, Sundial Growers is also a small player in the recreational cannabis space, one with extremely poor fundamentals and a dim outlook. To say the company is hanging on by a thread would be an overstatement at this point. For the first quarter of this year, Sundial Growers reported net revenue of Cdn$9.9 million (US$8.21 million), down 29% from the previous fourth quarter. Its net loss for the first-quarter was Cdn$134.4 million.

The Calgary, Alberta-based company has repeatedly outlined steps it is taking to try to improve its financial situation. These include reducing the overall number of cannabis products it sells, focusing more on premium cannabis items and reducing its administrative costs, which includes trimming its marketing budget. Sundial Growers is also in the process of acquiring Inner Spirit Holdings, another small Canadian company that operates a chain of retail cannabis stores under the banner “Spiritleaf.” The acquisition is valued at Cdn$131 million.

While these efforts look good on paper, there’s no guarantee any of them will help Sundial Growers bailout its sinking ship in time.

Investors who remain bullish on recreational cannabis and want some exposure to the industry in their portfolio have numerous options to choose from. There are many affordable cannabis stocks that are not stuck in the doldrums of the penny stock tables and that are in much better financial shape than SNDL stock. A better option includes Tilray (NASDAQ:TLRY), which is now the largest Canadian cannabis producer and whose share price is at $15.51.

There’s also GrowGeneration (NASDAQ:GRWG), the Denver, Colorado-based company that sells the hydroponic supplies, grow lights, plant nutrients, soil and other products needed to cultivate cannabis plants. GRWG stock currently trades at $40 per share. These and other stocks offer better exposure to the cannabis trade without the risk of putting money into an unstable penny stock such as Sundial Growers.

With SNDL stock, the question comes down to a simple one: why risk it? The Reddit traders have left this stock for dead and moved on. There are no indications they’ll be coming back. And there doesn’t appear to be much worth coming back for given the poor financial shape of the company and its share price. At $0.78 , Sundial Growers stock is even higher than the median price target of analysts, who see the company’s share price at $0.73 within 12 months time.

Given the myriad of other options available, investors would be smart to stay far away from Sundial Growers. There’s no good reason to risk your money on this sinking penny stock.

The post Sundial Stock Is Going Up In Smoke appeared first on InvestorPlace.