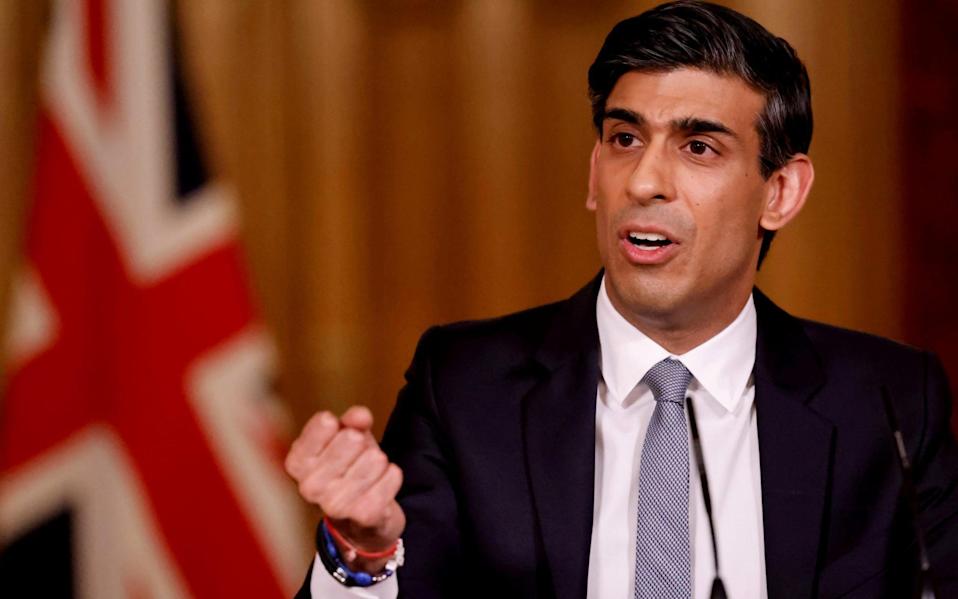 Rishi Sunak is pushing the United States to agree to tougher rules on the tax paid by tech giants as part of a global corporation tax overhaul.

Finance ministers from the G7 will meet this week to thrash out the biggest reforms to global tax rules in a generation in a bid to ensure multinational companies pay their fair share.

President Joe Biden has proposed a minimum global corporation tax rate of 15pc as well as new rules forcing the world's largest 100 companies to pay taxes based on the location of their customers, rather than where they book profits.

The plans are aimed to preventing multinationals from shifting profits to low-tax jurisdictions – a growing problem that is feared will deprive governments of revenues as they try to recover from the pandemic.

However, the UK is holding out on backing America's plans for a minimum corporation tax rate as it seeks more assurances over the tax treatment of big tech companies such as Facebook, Amazon and Google.

He added: "Negotiations are going well … but it has to be the right deal for Britain and that's what this week's negotiations will be about."

About 140 countries have been involved in discussions about the overhaul, which comes as Mr Biden tries to fund a $2 trillion stimulus package and raise America's corporate tax rate.

The UK Government has been trying to establish what it regards as a fairer tax system for tech giants for years.

Last year, it introduced a digital services tax to get those companies to pay taxes on sales made in the UK, but has said this was a temporary solution until a global agreement could be reached.

Last month the US backed plans for a global 15pc minimum corporation tax rate, saying it could help end a "30-year race to the bottom".

It would mean that, for example, if a company paid a lower rate by moving profits to a lower tax country, the home country could top-up the minimum rate, eliminating the advantage.

It would not necessarily force companies to book profits in the country where those profits are made, however. The UK's corporation tax rate is 19pc and set to rise to 25pc in 2023.

Many US giants do not book major profits in Britain despite selling goods and services worth billions here. In 2019, Amazon paid less than £300m in UK taxes on revenues of almost £14bn.

There are fears in Whitehall that if it backs the Biden minimum rate too soon, it will lose leverage for action on big tech.

Officials are also said to be concerned that the proposals could result in British firms paying more elsewhere in the world, potentially cutting revenues for the Exchequer.

A Treasury source told The Telegraph last week: “A minimum tax that means tax is paid elsewhere that ought to be paid in the UK will not fund the UK’s schools and hospitals.

“We're not going to rush to sign up without a proper, more detailed deal on where tech companies pay their tax – something that you're confident can be pushed through Congress.”

Mr Sunak added: "The right companies are not paying the right tax in the right places. That's not fair and that's something that I want to fix. There's a big prize here but we need to stick to our guns to get it over the line."