Cancelling $50,000 in federally-backed student loan debt for American borrowers would actually help lower-income debtors far more than rich ones, according to a new research brief.

The study by the Roosevelt Institute, a left-leaning think tank based in New York City, came to the conclusion as other academics argue that eliminating debt for millions of borrowers would instead disproportionately benefit high-income borrowers.

"We made a policy mistake, in terms of placing the funding of higher education on families," Laura Hamilton, one of the co-authors, told Yahoo Finance. "And it created a lot of inequities, big surprise. … We've created this massive generational problem… and we need to fix that." 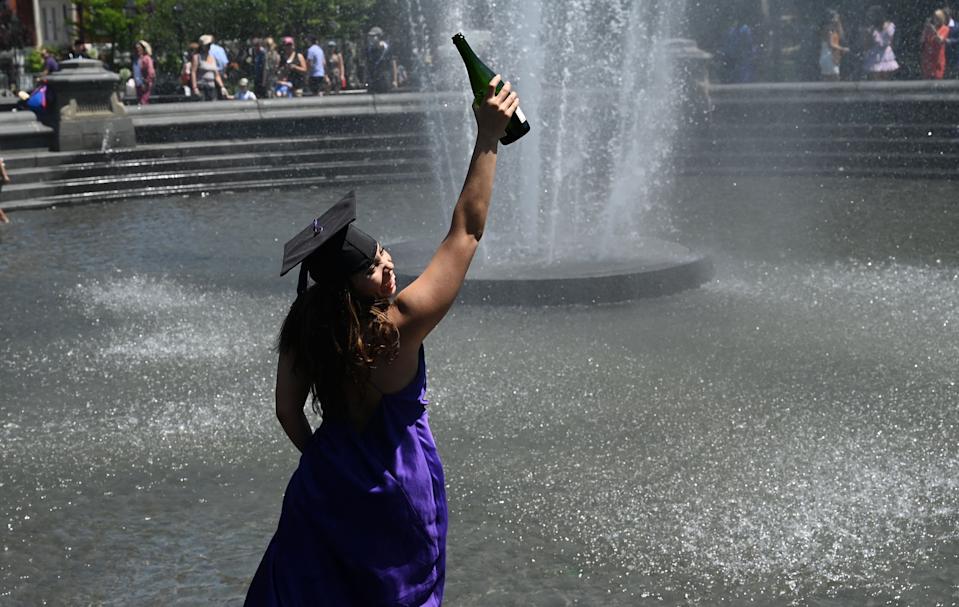 Graduate Annika Skuires drinks champagne in the fountain at Washington Square Park on May 19, 2021 in New York. (Photo by TIMOTHY A. CLARY / AFP)

"Contrary to common misperceptions, careful analysis of household wealth data shows that student debt cancellation… would provide more benefits to those with fewer economic resources and could play a critical role in addressing the racial wealth gap and building the Black middle class," the brief stated.

And though higher-income households generally hold more outstanding student debt, the researchers noted that the burden of debt is more pronounced for lower-income households since "each dollar of debt is actually a more substantial barrier to economic security, access to consumer credit, and increases in net worth.” 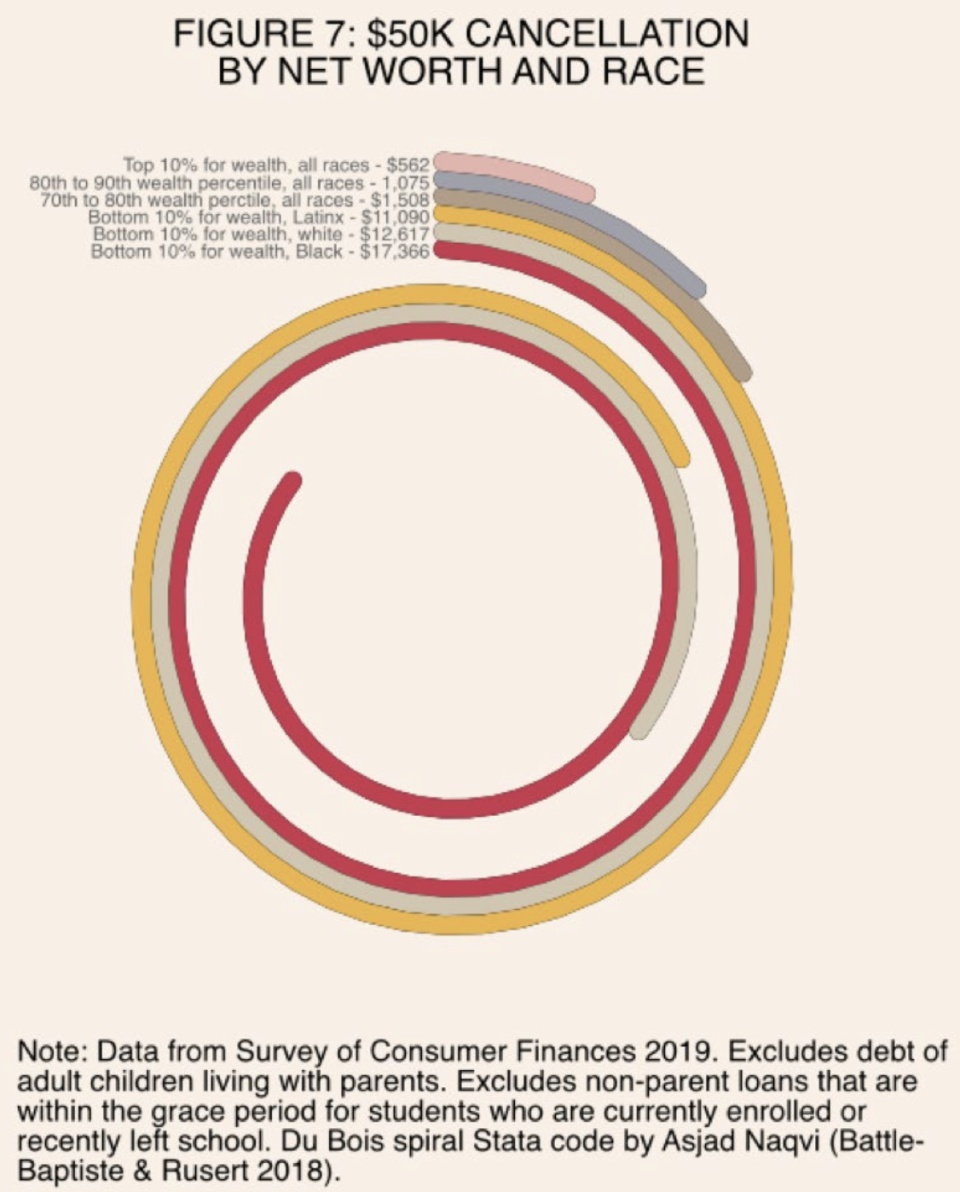 The motivation to publish the brief was sparked by studies, including a 2020 paper, that argue full or partial forgiveness is regressive since it would benefit high earners more than lower-income borrowers.

That sentiment reached the White House, with President Joe Biden stating in February that he wouldn't cancel $50,000 in debt because he didn't want to erase loans for Ivy League graduates.

"The frustration was sort of coming out of the media narrative that had coalesced, a mesh of what we call the myth of student loan cancellation regressivity," Hamilton said. "The data were being used in ways that we thought was problematic."

The Roosevelt Institute authors stressed cancellation's effect on entire demographic populations while focusing on the distribution of debt by wealth (as opposed to income) and highlighting the value of erased debt to any given borrower.

"Student debt cancellation represents a progressive wealth transfer at all proposed levels of cancellation," the report stated. "In fact, a more substantial plan is the more progressive option. Compared to the $10,000 Biden plan, a $50,000 student debt cancellation approach grants almost no additional transfer to people in the top asset decile, and just over an additional $1,000 on average to 80th to 90th decile households. Meanwhile, it would grant over $4,000 to people in the 20th to 40th percentiles; this is a roughly threefold increase over the transfer to that group under the Biden plan."

Hamilton stressed that the need to mitigate racial inequities is particularly important.

"Cancellation is … important for the building of the Black middle class… considering that we've had historic policies about housing, about education, et cetera, that their families have not been able to [enjoy] throughout most of the past 100, 150 years," she added. "And those policies have left them without family wealth… So you could think of this in the vein of reparation."

And so while prominent Democrats continue to urge a skeptical President Biden to cancel $50,000 in federally held student loan debt via executive action (as opposed to legislation passed by Congress), the academic debate about who would benefit most continues.