Stock futures traded lower Monday evening to give back some gains from the regular session, when both the Nasdaq and S&P 500 eked out record closing highs.

Contracts on each of the S&P 500, Dow and Nasdaq hugged the flat line. Investors are awaiting more key economic data out Tuesday morning, which will offer looks at both the strength of the consumer and extent of price increases across the supply chain.

The Commerce Department's May retail sales report is expected to register a monthly decline for the first time since February, reflecting more moderation in consumer spending after a stimulus-boosted surge earlier this year. And the Bureau of Labor Statistics' producer price index is anticipated to show a 6.2% year-on-year increase, matching April's near 30-year high as supply shortages and resurgent demand push prices higher.

These pieces of data will serve as some of the last prints to come out before the Federal Reserve issues its June monetary policy statement and holds a press conference with Fed Chair Jerome Powell. While no major policy changes are expected at this meeting, investors will be closely watching both the statement and press conference for signals of when the central bank intends to begin rolling back its crisis-era policy support systems, which had helped boost the economy and underpin stocks in their surge to new highs.

The first step in attenuating this support would be a tapering of the Fed's massive asset purchase program, with these currently taking place at a rate of $120 billion per month. The Fed has currently set a target of achieving "substantial further progress" towards its goals of achieving maximum employment and price stability before setting off any policy changes. But with the labor market recovery ramping at a solid clip and prices surging across various pockets of the economy, investors have been left to contemplate whether a tapering signal from the Fed may come sooner rather than later.

"I think the Fed has got a problem on its hands because clearly inflation has gone well beyond what Richard Clarida and other Fed members said about a year ago," Robert Dye, Comerica Bank Chief Economist, told Yahoo Finance. "They said they might tolerate inflation in the 2, 2.5% range. And we got the CPI [consumer price index] print at 5% year-over-year … And I think the Fed has got a lot of pressure on it to define or clarify or say something other than inflation is transitory, because inflation has been here for a while."

Still, however, markets this week have suggested they are not overly concerned with the prospects of a near-term hike to interest rates, with near-zero rates having served as another key component of the Fed's crisis-era toolkit. The benchmark 10-year yield has come down by nearly 30 basis points from a March high, and technology and growth stocks have resurged to power the Nasdaq to a fresh record level.

"I would say that we're seeing the effect of the somewhat lower interest rates," Cheryl Smith, Trillium Asset Management, told Yahoo Finance. "The 10-year Treasury's gone down quite a bit and those longer duration big tech names are benefitting form it. I think the sentiment is getting more clear that the Fed is not going to start raising interest rates on Wednesday or the next meeting, or the next meeting after that. So it's really a reaction and a relief." 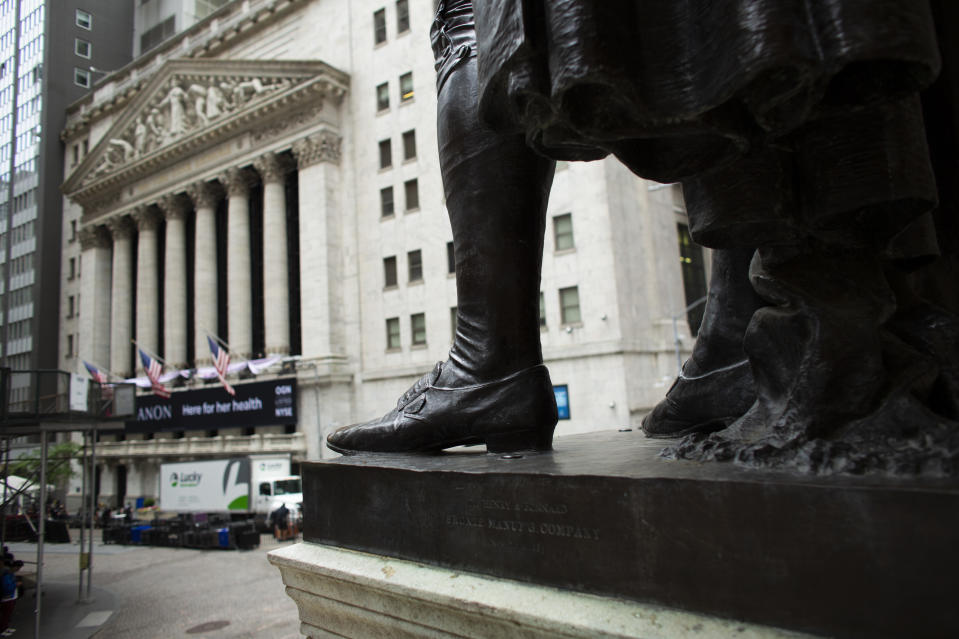