Contracts on the S&P 500 ticked above the flat line. Earlier, technology stocks were the leaders during the regular trading day, and the Nasdaq outperformed with a gain of 0.6%.

Shares of work-from-home software stocks Okta (OKTA) and Workday (WDAY) fell in late trading despite posting first-quarter results that beat estimates, with Okta announcing the departure of its chief financial officer. Nvidia (NVDA) shares were also off slightly despite posting estimates-topping first-quarter results. The semiconductor company signaled chip shortages would likely constrain supply in the second half of the year.

The broader stock indexes have drifted this week, with volatility subsiding as investors awaited more economic data that might signal whether inflation would lead to a sustained jump in prices for consumers and producers and push rates higher. This could in turn weigh on stock valuations and put the brakes on the stock rally since last year's lows.

"Inflation has gone from being on no one's radar screen maybe five years ago as a lead concern, to now being at the absolute forefront as you see the economy rebound off of COVID lows," Todd Jablonski, chief investment officer at Principal Global Asset Allocation, told Yahoo Finance. "[There's been] a tremendous acceleration in earnings, coupled with massive monetary and fiscal stimulus. It's enough to really cause lift-off on a variable that's been stuck at below 2% growth for some time."

"We'd actually welcome a bit of inflation coming to the U.S. economic picture," he added, noting that core inflation could exceed 3.5% to 4% in the short-run. "We think the real question is … where do we settle post the surge? Is it more around that 2.75% or 3%? We're going to be watching the data to see just how permanent some of these inflation forces are and how they affect the capital market outlook."

One of the closely watched economic data reports on Thursday will be on new weekly jobless claims, which are expected to have fallen for a fourth straight week and to yet another pandemic-era low. The second print on first-quarter gross domestic product from the Bureau of Economic Analysis will likely show first-quarter U.S. GDP rose by 6.5%, or a tick above the 6.4% previously reported, and with core personal consumption expenditures rising 2.3% over the final three months of 2020.

With the economic recovery still under way, some strategists suggested that cyclical and value stocks remain an area of opportunity for investors, even as tech stocks this week have outperformed.

"I think you still have more room to run if you're a value investor at this point," David Ragland, IRC Wealth CEO, told Yahoo Finance. "Because if you look at certain selected groups such as financials, energy, cyclicals, they still have a lot of room to run with low PEs [price-to-earnings ratios], as well as historically coming off of major market bottoms, they can be up 150%, 175%, 200%, top to bottom."

Others offered a similar take.

"On value versus growth, that tipping point really happened in November of last year," said Stephen Dover, Franklin Templeton chief market strategist. "We see more opportunity as the economic expands in value stocks in the United States, but also outside of the United States." 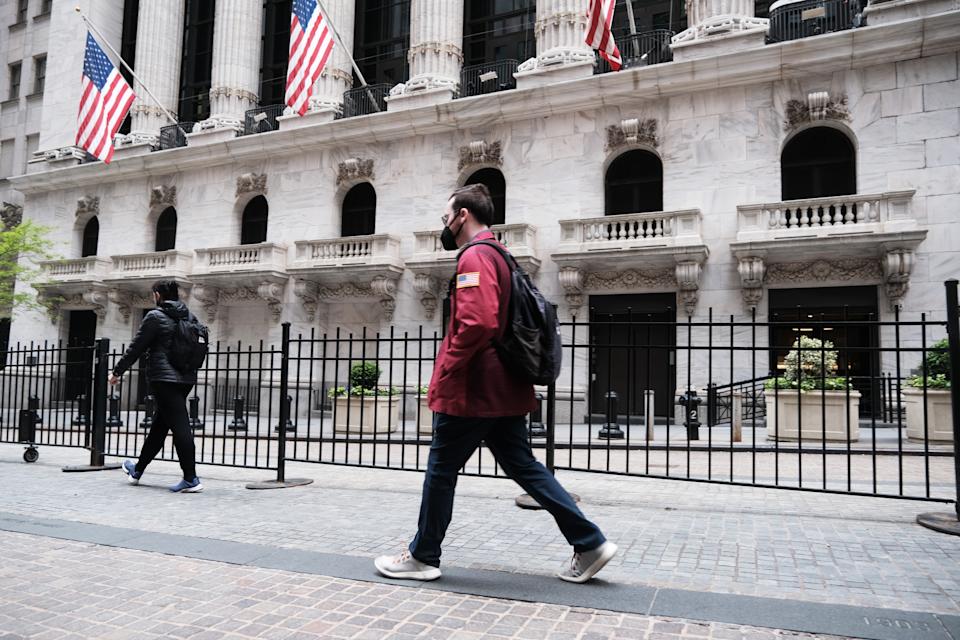