U.S. stock futures paced toward a higher open Tuesday morning, with equities looking to kick off the first session of June after a long holiday weekend on a high note.

Contracts on the Dow outperformed with an advance of more than 200 points, or 0.6%. Contracts on the S&P 500 and Nasdaq also increased strongly. Treasury yields rose across the curve, and the benchmark 10-year Treasury yield hovered above 1.6%. Brent and U.S. crude oil prices gained after OPEC+ suggested oil stockpiles would slide further as the post-pandemic recovery ramps later this year.

The S&P 500 and Dow are heading into June with momentum from a winning month, with the S&P 500 rising 0.6% and the Dow adding nearly 2% in May. The Nasdaq fell 1.5% during May after a wave of volatility spurred by concerns over rising inflation jolted technology stocks, though the index pared losses by the end of the month.

Over the past several weeks, equity investors have at least temporarily shaken off fears over fast-rising prices for consumer and producer goods during the economic recovery, especially as officials at the Federal Reserve reassured market participants that they did not yet see inflationary pressures that would warrant a shift in monetary policy in the near-term. Still, inflation hedges like precious metals were some of the best-performers in May, signaling an undercurrent of jitters over rising prices. Of 38 non-currency assets tracked by Deutsche Bank, silver was the best-performing asset with an 8.1% gain, followed by gold with a 7.9% increase, analysts from the bank wrote in a note Tuesday.

Later this week, investors are poised to receive a number of new economic data reports about the U.S. labor market, including the May jobs report. These will further elucidate the strength of the economic recovery, showing whether re-hiring has picked up enough to help alleviate labor shortages cited by a number of companies during the recovery. It will also signal whether the economy is getting closer to the Federal Reserve's goal of achieving maximum employment before pulling back on monetary policy support.

But monetary policy aside, some strategists said it would behoove investors to consider implications of new fiscal policies, especially with prospects of a stronger economy emboldening the government to raise taxes for new plans. Late last week, President Joe Biden unveiled a $6 trillion budget proposal for fiscal 2022, which would include a number of proposals around improving the country's infrastructure, educational resources and health care system and which would be funded in part by higher taxes.

"I think we're learning more and more about the president's budget and it's chock full of new taxes, not just for corporations but for individuals. Now, in a perverse manner, this fiscal drag may actually help inflation by muting it. But what it tells me as an investor, is that we've had all this stimulus, there's going to be some lagged effect going into the second half of this year," Nancy Tengler, chief investment officer of Laffer Tengler Investments, told Yahoo Finance.

"With rising taxes and probably rising interest rates, we're going to see a slowdown in the economy which would then yield a return to the growth rate from the value trade," she added. "So we've been positioning ourselves for that, adding to high-quality growth names on sale over the last six months." 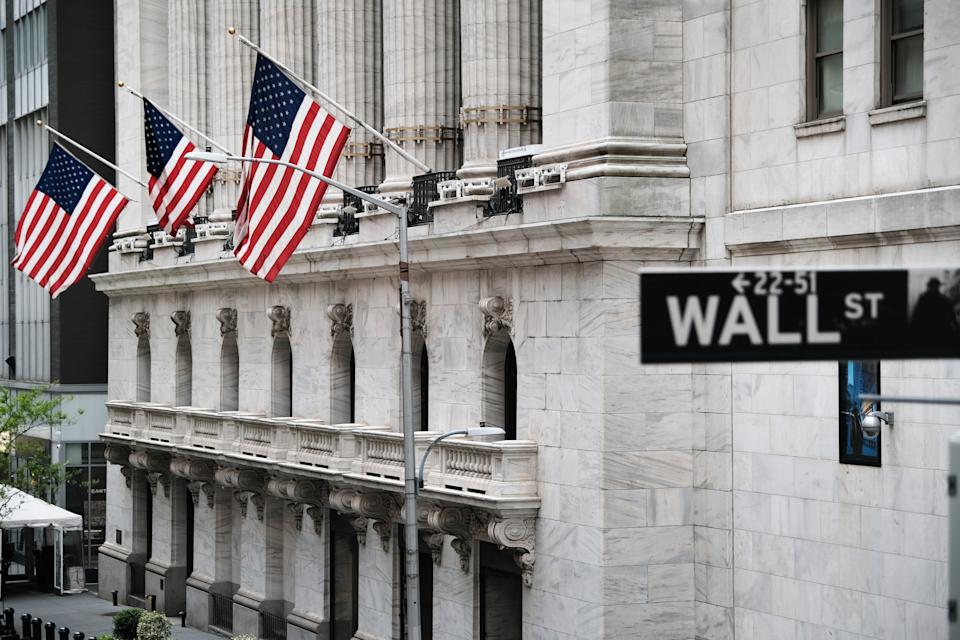 NEW YORK, NEW YORK – MAY 11: The New York Stock Exchange stands in lower Manhattan after global stocks fell as concerns mount that rising inflation will prompt central banks to tighten monetary policy on May 11, 2021 in New York City. By mid afternoon the tech-heavy Nasdaq Composite had lost 0.6% after falling 2.2% at its session low. (Photo by Spencer Platt/Getty Images)