Contracts on the S&P 500 hugged the flat line after the blue-chip index ended at a record on Friday and posted its best week since February. Dow futures were lower and Nasdaq futures gained. Treasury yields traded lower across the long end of the curve, with the benchmark 10-year Treasury yield hovering around 1.51%. Major cryptocurrencies steadied after sliding last week, and and bitcoin (BTC-USD) and ethereum (ETH-USD), the two largest cryptocurrencies by market cap, each advanced.

Investors this week will be focused on a busy economic calendar headlined by the June jobs report on Friday. Consensus economists are looking for payroll gains to accelerate to 700,000 in June with an unemployment rate down slightly to 5.7%, with these metrics improving against May's payroll gains of 559,000 and jobless rate of 5.8%.

Stocks are coming into this week with the momentum of a record-setting run last week, with both the S&P 500 and Nasdaq setting fresh all-time highs. This in turn came as traders considered a new compromise deal reached on infrastructure in the Biden administration, and a Fed outlook that suggested central bank officials would move to stave off possibly longer-lasting inflation with interest hikes in the next two years.

"We finally have a few catalysts that are pushing this market forward," Jay Jacobs, senior vice president and head of research and strategy at Global X ETFs, told Yahoo Finance. "We had a pretty trend-less May and the beginning of June, but now we have the Fed recognizing inflation and pulling forward its interest rate increases, which should fight it. And now we have the infrastructure bill that Biden has agreed with with bipartisan senators. So that's two really positive catalysts that I think are going to continue to propel the markets into the summer."

And in the coming weeks, investors will also have the backdrop of what is setting up to be another strong batch of quarterly corporate earnings results, with a greater number of companies poised to have benefitted from the broadening vaccinations and economic reopenings taking place in the second quarter. As of Friday, 66 of 103 S&P 500 companies that issued earnings per share guidance for the second quarter offered a positive outlook that exceeded consensus estimates, according to FactSet data. This would mark the highest number of S&P 500 companies offering an estimates-topping outlook ever recorded in data going back to 2006.

Here's where markets were trading ahead of the opening bell on Monday: 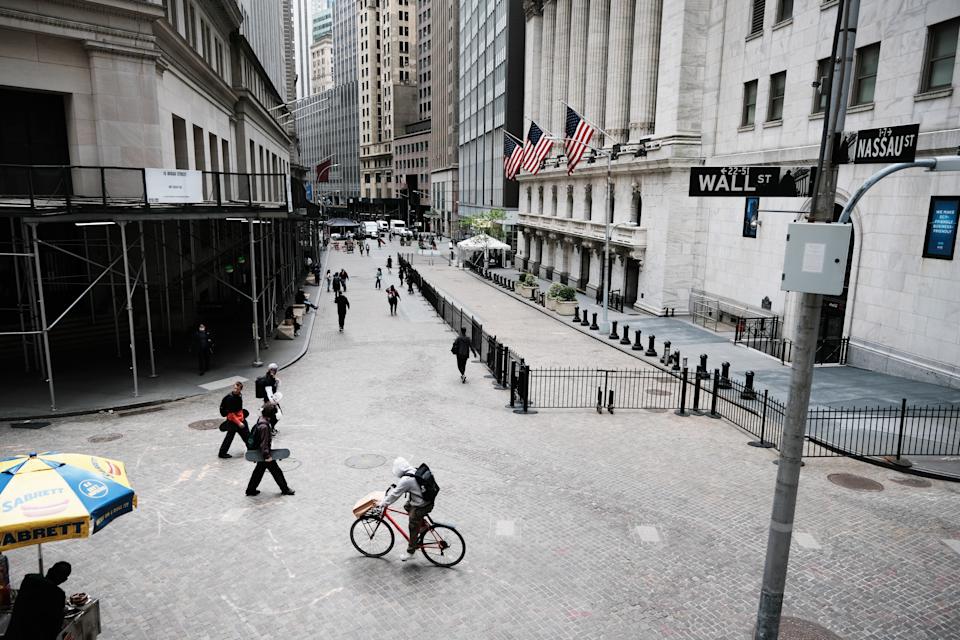