Stocks pointed to a higher open Monday morning and looked to recover some of last week's losses.

Contracts on the S&P 500 rose by about 0.5% after ending last week lower. The Dow and Nasdaq also headed toward a higher open. Technology stocks outperformed as Treasury yields retreated.

Bitcoin (BTC-USD) prices steadied to rise by more than 3%, after the largest cryptocurrency by market cap endured an extended streak of selling over the weekend. At their worst point during the past week's worth of selling, Bitcoin prices were off by more than 50% from their peak of more than $64,800 from mid-April. Ethereum (ETH-USD), the second largest cryptocurrency, also recovered some recent losses Monday morning, with prices up more than 7% to over $2,300.

The three major indexes are heading into this week following a multi-week stretch of volatile trading. Investors have become increasingly jittery about the prospects of elevated, lasting inflation during the post-pandemic economic recovery. These concerns have hit growth stocks like technology companies especially hard, with the Amazon- and Tesla-heavy consumer discretionary sector down 5.2% in the S&P 500 over the past month, and the information technology sector off by 4.4%.

"I do think it's been a pretty healthy sideways chop," Michael Jones, Caravel Concepts CEO, told Yahoo Finance. "It's taken out some of the speculative excess. The biggest pullbacks have been in some of the most pricey names. That all feels very healthy to me."

"I also think that the big concerns that the market has had about inflation – well, you only care about inflation if the Fed cares inflation," he added. "And the folks on the FOMC [Federal Open Market Committee] who were sounding a warning bell, maybe we should start 'taking about talking about tapering,' since that meeting, a lot of the data has come in weaker than expected … and I think that gives the more dovish folks ammo to push that conversation about tapering further out in time."

Other pundits have also agreed with the Fed's predominant view that the inflation seen so far in government metrics like the consumer price index and producer price index, and anecdotally in company earnings calls and comments, will prove transitory.

Later this week, the U.S. Bureau of Economic Analysis will release its April personal consumption expenditures (PCE) index on Friday. The headline print is expected to show a rise of 3.5% in April over last year for the biggest increase since 2008, according to Bloomberg consensus data. Stripping away volatile food and energy prices, the so-called core PCE is expected to have increased by 2.9% in April over last year, which would be the largest jump in more than two decades. The core PCE serves as the Fed's preferred gauge of inflation.

But even given these expected increases, many economists have encouraged investors to keep the rises in perspective.

"Although inflation expectations have moved up, our replication of the Fed's reference measure is still below the levels seen in the 2001-2007 expansion," Goldman Sachs Chief Economist Jan Hatzius wrote in a note Monday.

"Ultimately, the biggest question is whether the economy will overheat, i.e. whether output and employment will rise substantially above potential," he added. "We don't expect this because the starting point is one of sizable slack—especially if we consider not just GDP-based but also employment-based measures of the output gap—and because growth is likely to slow from its current rapid pace as the fiscal impulse turns negative next year."

Here's where markets were trading in pre-market action: 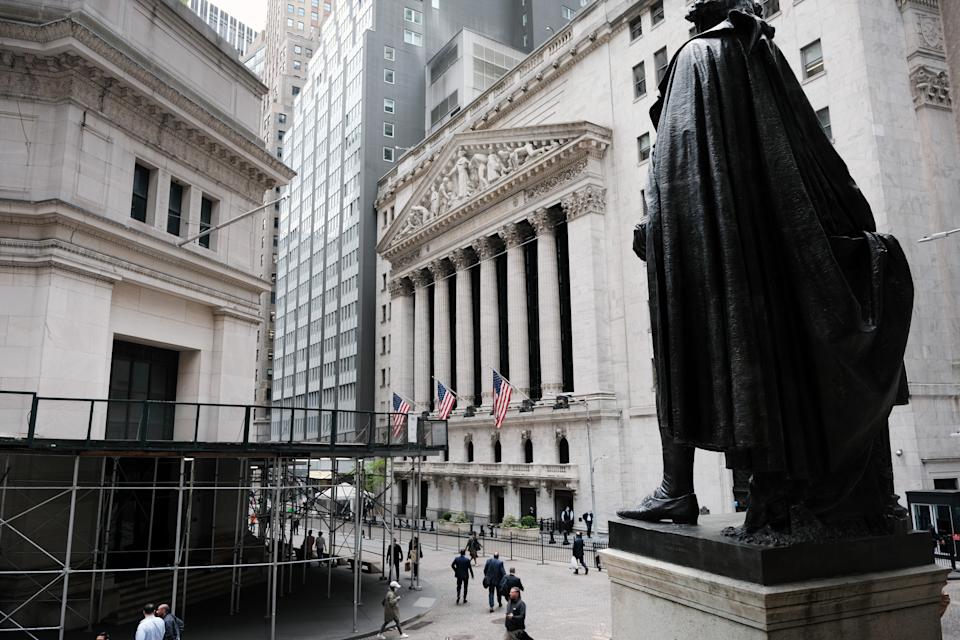