Stock futures opened lower Thursday evening to extend a risk-off mood in markets, with the three major indexes pulling back from record levels as concerns over the pace of the economic recovery flared.

Contracts on the S&P 500 ticked down. The index closed lower by 0.9% during the regular trading day, with the financials and industrial sectors coming in as the biggest laggards. The Dow and Nasdaq each also dropped during the session, but closed well off intraday lows.

U.S. equity investors have been appraising the likelihood that a surge in the Delta variant of the coronavirus could weigh more heavily on global growth than previously anticipated. In Japan, the Tokyo Olympics are now set to be held without fans later this month due to a jump in COVID cases in the country. And in China, an executive body signaled the country's central bank might cut its reserve requirement ratio for the first time since mid-2020, in an easing monetary policy move that would suggest a lack of confidence in the country's economic recovery.

These global concerns have begun to weigh on risk assets in the U.S. Cyclical stocks that would benefit most directly from a strong economic recovery — including airlines, cruise lines, leisure firms and small-cap stocks — largely underperformed on Thursday, underscoring investors' jitters over whether the rebound might be derailed.

"The equity markets haven't priced the Delta variant as a big risk. And I think one of the reasons why is, if you look at the United States, for example, where vaccination rates are much better than in other countries, I don't think the market is pricing in that we will see some type of repeat of what we had originally," Eddie Ghabour, managing partner of Key Advisors Group, told Yahoo Finance. "I could see a scenario where there's a headline or a warning in the media where the Delta virus is really starting to hit hard and causing a sell-off."

Others also pointed to the Delta variant as a factor contributing to Thursday's stock market drop, while highlighting the confluence of other uncertainties still facing investors as well.

"I think it all comes back into growth for the economy: If the Delta variant continues to gain in the severity that it is right now, then are businesses going to close again? What does that mean for consumer spending on services?" Victoria Fernandez, Crossmark Global Investments' chief market strategist, told Yahoo Finance.

"You have a Federal Reserve where you have to wonder, if they start to pull liquidity out of the market, what does that mean for the consumer and for growth there?" Fernandez added. "And then I think the third leg of this stool is the infrastructure deal. You had anticipation of two large deals that were going to be coming, which again would provide some stimulus and growth, but it looks like it's not going to be as easy of a road as many people anticipated." 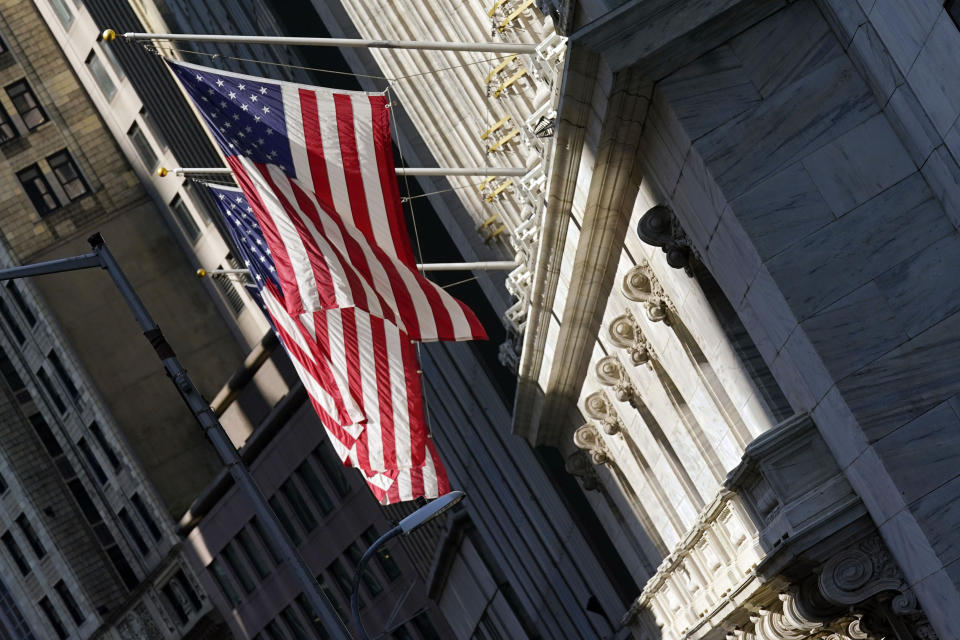 U.S. flags fly from the facade of the New York Stock Exchange, Monday, June 7, 2021. Stocks are opening mostly higher on Wall Street as gains for Big Tech companies offset weakness in banks and other parts of the market. The S&P 500 edged up 0.1% in the early going Wednesday, June 9. (AP Photo/Richard Drew)