Stock futures ticked up Wednesday evening, with traders looking ahead to a deluge of data on the labor market Thursday and Friday. Earlier, the three major indexes ended the regular session just a tick above the flat line.

Stocks have been in a holding pattern this week ahead of key economic data releases. On Thursday, ADP will release its closely watched report on private payroll changes for May, which is expected to show another 650,000 jobs came back last month on top of the 742,000 added back in April. And the Labor Department's report on new weekly unemployment claims is expected to show new filings broke below 400,000 for the first time since March 2020, with fewer individuals becoming newly unemployed as more areas of the economy reopen.

Both reports will set the stage for the Labor Department's May jobs report out Friday morning, which will be instrumental in determining the strength of the economic recovery and suggesting whether the Federal Reserve might soon be due to taper its crisis-era asset purchase program. April's sharply disappointing jobs report – with a paltry 266,000 jobs added back while 1 million had been expected – served as fuel for the Fed to stay on hold with current policies. But this stance could be undercut by a marked improvement in data, some pundits noted.

“The May employment numbers are really very important,” Steven Blitz, TS Lombard U.S. economist, told Yahoo Finance. “That’s really going to set in the market’s mind whether or not the Fed announces a taper at the end of July or whether it’s at some later date.”

Meanwhile, though much of the market drifted sideways on Wednesday, the so-called "meme stocks," or stocks that have become popular on the Reddit forum r/wallstreetbets, rallied strongly. Shares of AMC Entertainment Holdings (AMC) edged up in late trading after doubling during the regular session. The resurgence in retail investor interest also lifted shares of companies including Naked Brand Group (NAKD), BlackBerry (BB) and Bed Bath & Beyond (BBBY), though many of these speculative trades lost steam in the after-hours session.

"I don't know if it's so much a threat to the market. It's more of a learnings experience," Ryan Nauman, Zephyr market strategist, told Yahoo Finance of the surge in meme stocks. "This is no longer our grandparents' or our parents' stock market. Now, investment professionals, they might need to start looking at alternative data sets, rethinking their investment theses to consider this growing cohort of retail investors." 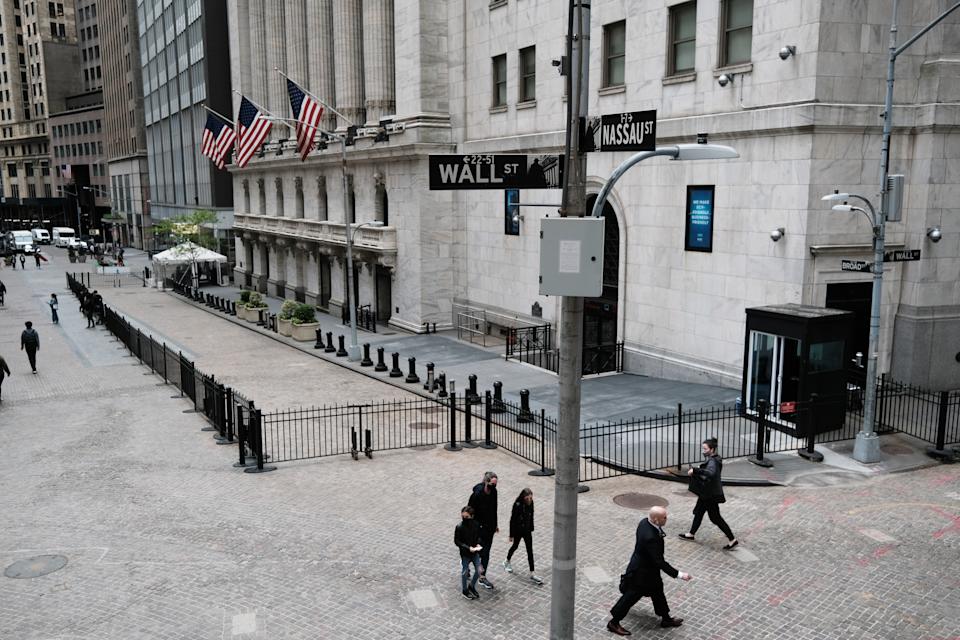