The COVID-19 crisis pushed 2.5 million restaurant workers out of their jobs in 2020 — and many of those positions are unlikely to come back, at least not right away.

Before the pandemic, the hospitality industry consistently saw high turnover rates, driven mostly by low wages and stressful environments. According to the Bureau of Labor Statistics, the turnover rate for the sector reached a whopping 130.7% in 2020, compared to 78.9% in 2019.

But the industry's current labor crunch seems more dire now as states reopen, with many businesses coping with surging demand but fewer workers.

"From what I've known personally about the industry, it's been plagued with low wages, lack of incentive, and no real focus on flexibility or quality of life," Ellsworth explained.

"It's a rough industry — you're on when the rest of the world is off, so we wanted to try and fix that in some way," he added.

GigPro, which first launched in November 2019, has doubled revenue and sign-up growth month-over-month so far this year. The app currently operates in Charleston, Nashville, and Charlotte with plans to launch in Ashville, North Carolina later this month. 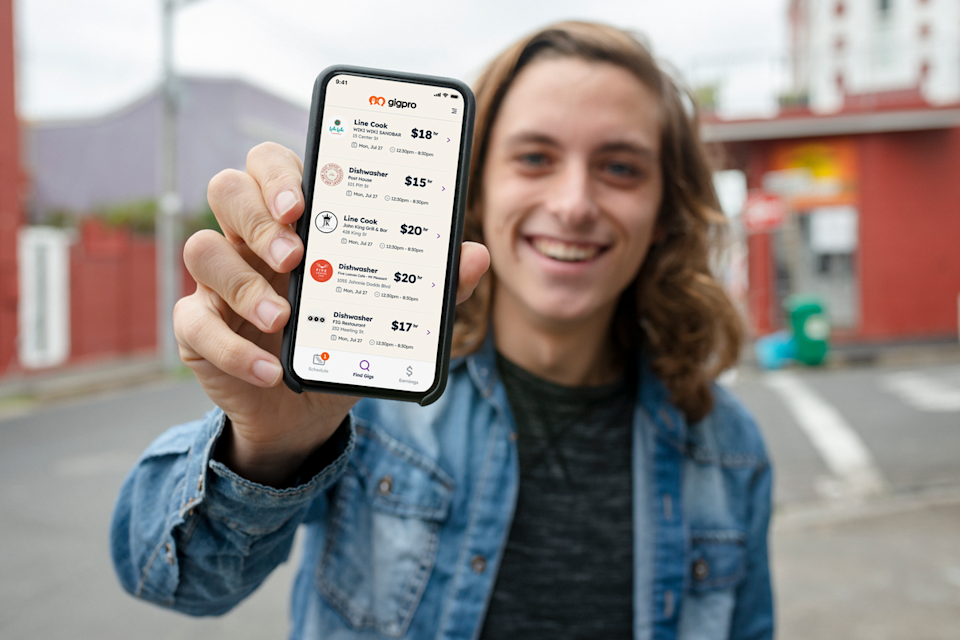 Ellsworth, who is also a Charleston-based chef, said the idea came to him after he "dumped hundreds of dollars into apps like Craigslist or Indeed" — but with virtually no success.

"Not a lot of results were in that space," he said, adding that sifting through piles of resume wasn't an efficient way to assess talent either. He noted that one of GigPro's strengths is its ability to provide businesses with "a fast, easy way to recruit."

And as more workers rely on the app's freelance approach, Ellsworth indicated wage growth is also top of mind.

"We initiated a $15 minimum [wage] in the very beginning when we launched," he said.

GigPro has seen average wages rise to a little over $20 an hour on the platform in 2021 — a 19% increase compared to 2020. It's also a significant bump compared to the prevailing wages in the southern markets that the app operates in.

"In an industry where the workforce is in such demand, you as a business no longer have the power and luxury to dictate values, so we've just created a marketplace to match that demand," Ellsworth said.

"The cost [of no labor] is far greater than paying a higher hourly wage," he continued.

'There's going to be crickets' 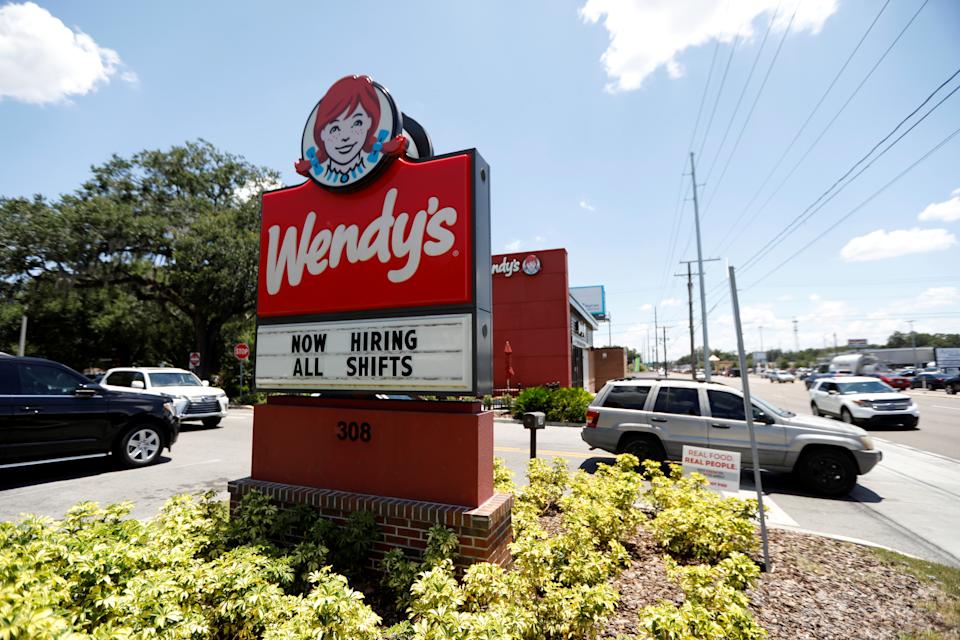 Notable names from Chipotle (CMG) to McDonald's (MCD) have joined the minimum wage fight, hiking hourly pay to $15 an hour in a bid to lure back workers. Yet wage inflation often goes hand in hand with price inflation — and menu prices are already on the rise as a result of companies passing along costs to customers.

"The labor shortage is an industrywide problem and it doesn't seem to be going away any time soon," Peter Saleh, analyst at BTIG Restaurants, told Yahoo Finance in a recent interview.

Consumers are going to see "more and more price increases" to offset some of the margin pressures in hourly wage raises, he added.

Many have blamed enhanced unemployment benefits for the labor crunch, especially for the shortages seen in lower wage jobs.

Republican-led states, including South Carolina and Tennessee, are leading the charge to cancel federal unemployment programs early, with many jobless benefits expiring throughout the summer.

However, Ellsworth doesn't seem to think unemployment benefits are the root cause of the shortage, saying "there's going to be crickets" once UI benefits expire.

In Charleston alone, "we lost 8,000 jobs in hospitality and leisure, but transportation, logistics, and construction picked up 1,000 jobs. It's not that [people] don't want to get back to work. It's just that they're working in other industries," he explained.

BTIG's Saleh agreed, saying the issue is not so much about short-term unemployment benefits, but rather the long-term impact on employees' psyche.

"There is a shift in the trend," Saleh said, cautioning that this is a "long-term problem" which all industries who employ hourly workers will have to address.

GigPro users are just a subset of workers embracing that shift.

"What we're doing is empowering a workforce that has [lacked power] for a really long time," Ellsworth concluded.