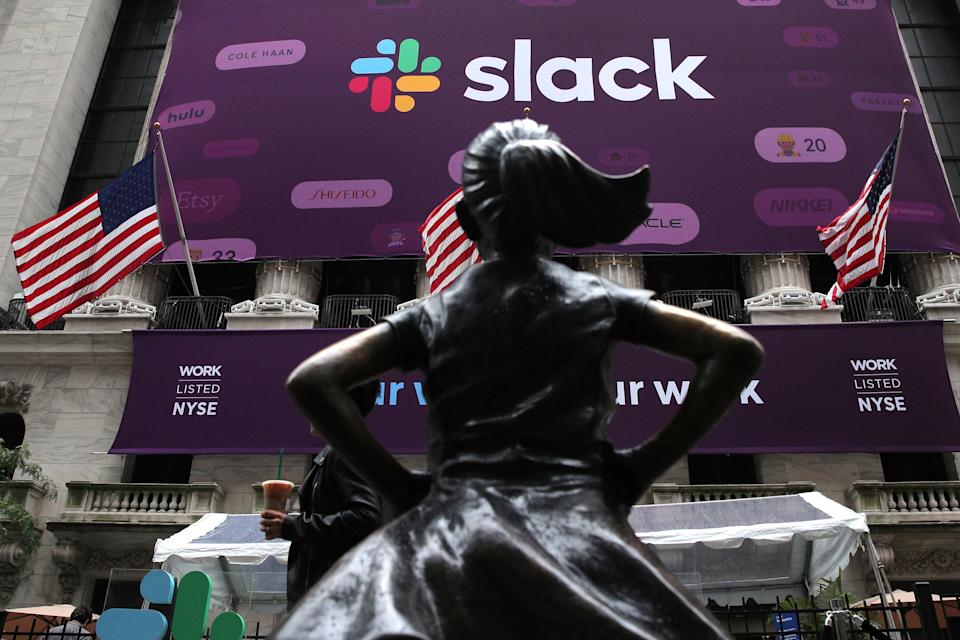 Slack has been under pressure for not growing as fast as other work-from-home stocks. REUTERS/Brendan McDermid

Slack (WORK), the online chat tool that has become the main way many people have communicated with their coworkers throughout the COVID-19 pandemic, reported its fiscal Q1 2022 earnings after the bell on Thursday, beating expectations on the top and bottom line.

Here are the most important numbers from the report compared with what analysts were expecting as compiled by Bloomberg.

The company's stock was trading down slightly following the earnings announcement.

Slack’s Q1 could be its last quarterly report as an independent company, as business software giant Salesforce (CRM) is expected to close its $27.7 billion acquisition of the messaging platform in the coming months.

That deal, which was announced in December 2020, sent shares of Slack soaring after they hovered around the $20 to $30 range throughout the pandemic. Slack has been criticized for not capitalizing on the need for work-from-home software as millions of workers around the world fled their offices last year.

Investors and analysts have been calling on Slack to push its user growth higher to better match with the kind of expansion seen by other so-called work-from-home stocks like Zoom, which exploded during the pandemic.

While Zoom saw its stock price increase 54% in the last 12 months, Slack saw growth of just 13.5%, lower than the S&P 500’s 36% price increase. What’s more, much of Slack’s stock price growth came as rumors of its acquisition began circulating.

Of course, Slack could face the same issues that have struck Zoom, which saw its stock price tumble following its Q1 2022 earnings during which it revealed its growth is slowing as the pandemic wanes.

By Daniel Howley, tech editor. Follow him at @DanielHowley