Shiba Inu declined below the key support level at $0.000007 and continued to move lower while the crypto market was under some pressure ahead of the weekend.

Bitcoin continues its attempts to settle above the resistance at $37,000, but it remains to be seen whether it will be able to develop sufficient upside momentum.

Dogecoin, which has a material impact on Shiba Inu, failed to settle above the 50 EMA at $0.3470 and made an attempt to settle below $0.3200. Dogecoin remains in a downside trend and its trading volume is declining, which is bearish for Shiba Inu. 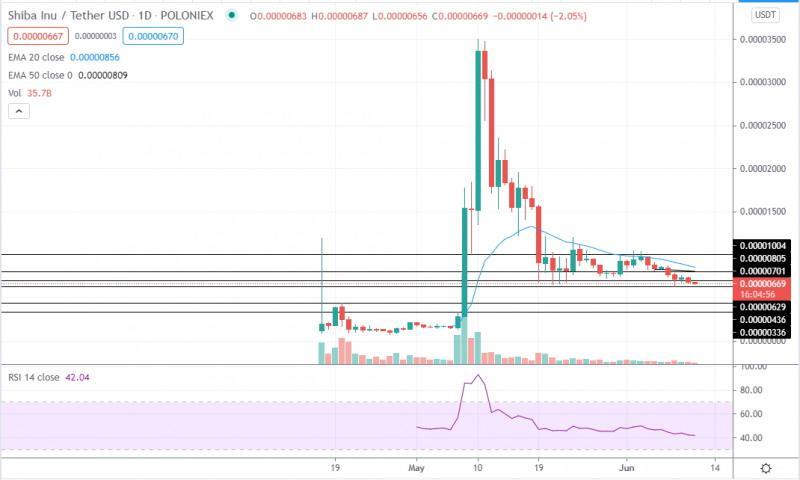 Shiba Inu managed to get below the major support level at $0.000007 and is moving towards the recent lows at $0.00000630. RSI remains in the moderate territory, and there is plenty of room to gain additional downside momentum in case the right catalysts emerge.

On the upside, Shiba Inu needs to get back above $0.000007 to have a chance to gain upside momentum in the near term. In case Shiba Inu gets above this level, it will head towards the next resistance which is located at $0.000008. A successful test of this level will push Shiba Inu towards the major resistance level at $0.000010.