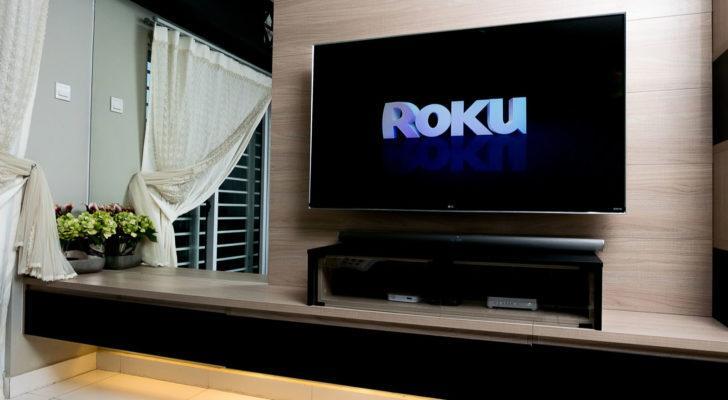 Roku stock is punching above its weight because Roku streaming devices beat the Amazon (NASDAQ:AMZN) Fire Stick. By licensing its technology to smart TV providers, Roku has gotten a 38% share of the U.S. smart TV market, with over 51 million active accounts.

This means Roku now has enormous power. It flexed that power in April by removing Alphabet’s (NASDAQ:GOOG, NASDAQ:GOOGL) YouTube TV app from its channel store. A week later it crushed earnings estimates, with revenue of $574 million and net income of 54 cents/share. Analysts had expected revenue of $492 million and profits of 4 cents.

Last November, I wrote that the “clock was ticking” on Roku, that it would have to sell to capitalize on its growth. The company has proven me wrong.

At that time Roku had a market cap of $25.8 billion. It has nearly doubled since then. Roku now has nearly twice the market cap of ViacomCBS (NASDAQ:VIAC) and three times that of Discovery (NASDAQ:DISCA, NASDAQ:DISCB), which plans to take command over AT&T’s (NYSE:T) WarnerMedia next year under the new name Warner Bros. Discovery.

But with Amazon having bought MGM for $8.5 billion, there may no longer be low-hanging fruit in programming.

Thus, Roku is creating its own content, debuting 30 titles on its free Roku Channel May 20. The content came from Quibi, a failed streaming service. It puts Roku on the programming map for the first time.

Roku’s business model is based on its ad-supported stream, which accounted for 72.5% of revenue during the first quarter. Player revenue for the first quarter was up only 27.5%. Roku is continuing to enhance that product line and its $50 streaming sticks continue to get strong reviews.

But Roku is primarily an advertising company now. It emphasized that by launching its own ad studio at the recent TV upfronts and by creating a strategic alliance with Nielsen (NYSE:NLSN) to measure ad performance.

Roku common is mostly owned by institutions, but it has a dual share structure. That means voting power is held by founder and CEO Anthony Wood, Wood may be the most powerful TV executive you’ve never heard of.

There are still companies that could buy Roku. Comcast (NASDAQ:CMCSA), the future Warner Bros. Discovery, and Disney (NYSE:DIS) remain much larger by market cap. Apple (NASDAQ:AAPL) would make a nice fit, and Facebook (NASDAQ:FB) would become an instant programming player with Roku under its wing.

But if Wood, who founded Roku in 2002 and is now worth nearly $7 billion, doesn’t want to sell, no one can make him. Before Roku he was best known as the inventor of the personal video recorder, so he’s a hardware guy. In 2011 he told TechCrunch his aim was for Roku to control the entire video industry, to be the “one box that rules them all.”

The Bottom Line on Roku Stock

There are now a variety of ways for Roku to make money for shareholders.

It could still sell. It could buy a big programming asset like ViacomCBS. Or it could continue to grow its ad platform, whose revenues doubled last year.

If it chose the advertising route, Roku now has the financial heft to buy WPP (NYSE:WPP), the world’s largest ad agency, which has a market cap of $17 billion.

I still think an eventual sale to Apple remains the most likely outcome, but Wood remains an active player even in his mid-50s and may have more tricks up his sleeve.

On the date of publication, Dana Blankenhorn held LONG positions in AMZN, AAPL, and FB. The opinions expressed in this article are those of the writer, subject to the InvestorPlace.com Publishing Guidelines.

Dana Blankenhorn has been a financial and technology journalist since 1978. He is the author of Technology’s Big Bang: Yesterday, Today and Tomorrow with Moore’s Law, available at the Amazon Kindle store. Write him at danablankenhorn@gmail.com, tweet him at @danablankenhorn, or subscribe to his Substack.

The post Roku Wants to Dominate the Media Landscape appeared first on InvestorPlace.