Roku Inc (NASDAQ:ROKU) is having a very good 2021 after a stellar 2020. Roku shareholders are having a slightly more trying time. As of mid-February, ROKU stock had been on a 24-month tear that saw it rise in value by over 800%. The pandemic? No worries for this video streaming company. Roku hardware may have been a little harder to find with supply chain disruptions, but streaming was on fire. However, since peaking at an all-time high close of $469.70 on February 16, ROKU has been in a slump. 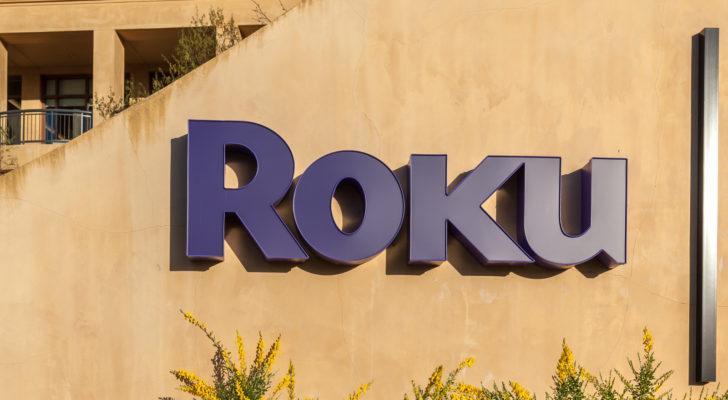 After several rallies that lost steam, ROKU stock is currently trading at around $336. If you bought shares back in February, you’re not thrilled. However, I would not lose hope. Roku is in a strong position, despite that performance. In May, I wrote about how ARPU (average revenue per user) is consistently on the rise — and larger than for many of the big video streaming services. This time around, I want to focus on advertising revenue. Specifically, how it’s growing big time and how it will continue to be a long-term growth catalyst for ROKU stock.

Advertisers Are Shifting Spending From Traditional TV to Streaming

You probably don’t need to be told that advertisers spend a fortune on television commercials. In 2019, for the North American market alone, that amounted to $69.6 billion. To cite an extreme, for the 2020 Super Bowl, advertisers forked over a record-setting $448.7 million over the course of four hours.

However, streaming is beginning to disrupt that model. As consumers cut the cord and shift to streaming video services, advertisers are following. That shift was shown to have accelerated during the pandemic.

Proof That Roku is Reaping the Reward

Advertisers who want to place commercials on streaming services face several challenges. There are a growing number of streaming video services, and many of those are premium offerings that promote lack of commercials as a selling point.

Those challenges make Roku very attractive to advertisers. It’s a platform, with apps that let viewers access all of the popular streaming services. And Roku runs its own, free, ad-supported “Roku channel.” Those two advantages — along with Roku’s dominant position in North American living rooms — makes the company an attractive solution.

You can see the proof in the company’s rapidly-growing advertising revenue. Roku’s Platform segment is primarily comprised of ad revenue. In 2020, Platform revenue grew 71%, hitting nearly $1.3 billion. In the first quarter of 2021, Roku reported Platform revenue had doubled YoY to $466.5 million.

Platform revenue — primarily advertising — now represents the lion’s share of Roku’s revenue. It accounted for over 71% of the company’s overall revenue last year. It is also far more profitable than other segments, like the company’s Roku streaming hardware. If you want to see the catalyst for future ROKU stock growth, look no further than advertising.

In May, Wedbush analysts reiterated an “Outperform” rating for ROKU stock, with a $475 price target. Markets Insider quoted from that report:

We expect advertisers to continue their migration from linear TV to over-the top on-demand, where Roku is a primary beneficiary as it has dominant market share, a rapidly growing user base, and superior targeting capabilities.

If you invested in ROKU near its peak in February, I would hold on and wait. Among the 27 investment analysts polled by the Wall Street Journal, only two are recommending their clients sell their Roku shares. In contrast, 21 have ROKU stock rated as a “Buy.” Collectively, their average price target for ROKU is $465.91, which is approaching that all-time high close for the stock.

That would put anyone who bought shares in February back on level ground. And anyone who chooses to strike now, while ROKU stock is still struggling to recover, would net a tidy 37% upside. This is all short-term stuff, 12 months out. It doesn’t take into account the long-term growth potential for this Portfolio Grader “B” rated stock. Based on the trajectory of its ARPU and the company’s strong play for capturing advertising revenue as marketing shifts from traditional TV to streaming platforms, the future looks rosy for Roku.