Robinhood to pay $70 million in record settlement with FINRA 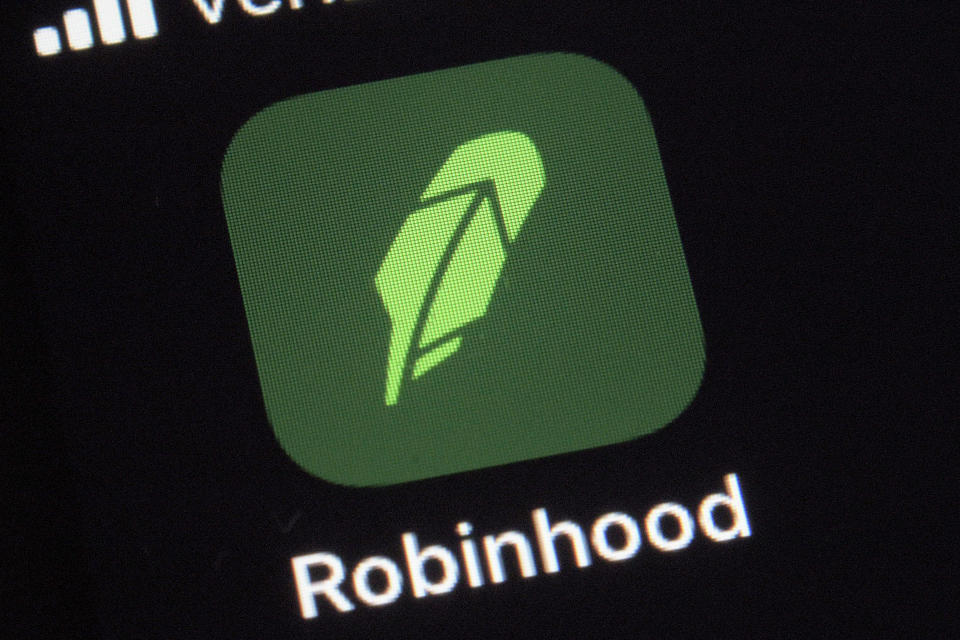 FILE – This Dec. 17, 2020 file photo shows the logo for the Robinhood app on a smartphone in New York. The online trading platform Robinhood is moving to restrict trading in GameStop and other stocks that have soared recently due to rabid buying by smaller investors. (AP Photo/Patrick Sison)

The Financial Industry Regulatory Authority announced that it fined Robinhood $57 million and ordered the online brokerage to pay approximately $12.6 million in restitution, plus interest, to thousands of customers for a total settlement of $70 million.

"The sanctions represent the largest financial penalty ever ordered by FINRA and reflect the scope and seriousness of the violations," the authority wrote, noting "significant harm" to "millions of customers who received false or misleading information from the firm, millions of customers affected by the firm’s systems outages in March 2020, and thousands of customers the firm approved to trade options even when it was not appropriate for the customers to do so."

The wide-ranging settlement covers trading outages, options-trading approval processes, incorrect display of data, customer service practices, and even its checking and savings debacle from 2018. (To be clear, the settlement is not related to the so-called meme-stock frenzy of early 2021 when, at one point, Robinhood temporarily stopped customers from buying shares of several companies, including GameStop.)

This is a notable step in the meteoric growth of Robinhood, the stock trading app that some argue helped herald the "gamification" of Wall Street. The company's introduction of free trades forced other brokerages to respond with zero-cost trades to stay competitive. That swashbuckling attitude that changed the industry, however, was exactly what Finra impugned. Following the rules, the authority, argued, are paramount in the industry.

"Compliance with these rules is not optional and cannot be sacrificed for the sake of innovation or a willingness to ‘break things’ and fix them later,” Jessica Hopper, Executive Vice President and Head of FINRA’s Department of Enforcement, said in Finra's press release.

(Though Robinhood "accepted" the settlement, it did not officially admit or deny the allegations.)

Story continuesRobinhood says it has fixed most of the problems

The settlement will no doubt embolden Robinhood's critics, but it also represents catharsis for the company as it grows up — and looks toward a long rumored and anticipated IPO. Robinhood said it has taken “numerous remedial measures” to address Finra's charges, detailing them in a "corrective action statement" attached to the Finra release.

“Robinhood has invested heavily in improving platform stability, enhancing our educational resources, and building out our customer support and legal and compliance teams,” Robinhood said in a statement to Yahoo Finance. “We are glad to put this matter behind us and look forward to continuing to focus on our customers and democratizing finance for all.”

The company said it had completed the “restructuring and enhancement of its legal, compliance, and anti-fraud functions; strengthening of its supervisory structure and written supervisory procedures, including with respect to supervision of technology; expansion of customer support, including with respect to options and margin trading; remediation of certain customer communications and data displays at issue in the AWC; and improved supervision of options trading.”

These past issues, fixed, grabbed significant headlines over the past couple years, and Robinhood's image rehabilitation as a smoothly-functioning platform is still wounded in many quarters.

In its action, Finra talks about Alex Kearns, the Robinhood customer who died by suicide believing he had lost a significant amount of money on options. Finra said it found that the firm "negligently communicated false and misleading information to its customers" about how much cash was on hand in customer accounts, risks of loss, margin calls, and more.

"Robinhood also displayed to this individual (and certain other customers) inaccurate negative cash balances," Finra wrote, noting that this caused losses of $7 million to customers. Furthermore, some of these customers who used options may not have been supposed to trade them but were approved due to bad technology.

Finra pointed to further bad tech that caused outages, saying that the company did not have a business continuity plan during its outages from January 2018 to February 2021, with the "most serious outage" occuring on March 2nd and 3rd. "Robinhood’s inability to accept or execute customer orders during these outages resulted in individual customers losing tens of thousands of dollars, and FINRA is requiring that the firm pay more than $5 million in restitution to affected customers," Finra wrote.