The WallStreetBets bunch has set their sights on a stock called ContextLogic, with a ticker symbol WISH. ContextLogic is an e-commerce marketplace that matches buyers with sellers. The stock touched on USD 12.10 in today’s trading, and while it has retreated from its highs of the day, shares remain higher by about 3.5%. Retail investors are behind this run after WISH captured their attention.

The thing about ContextLogic, however, is that the short interest is unclear. While the major names on their list including GameStop and AMC Entertainment each have a double-digit percentage short interest, increasing the chances for a short squeeze, ContextLogic’s a gray area. The numbers being bandied about are in a wide range, with the high end in the 30% area and the low end at a mere 6%.

Traders are laser-focused on unusually high upside call volume in WISH. The USD 12.50 and USD 14 calls expiring on June 18 are among the most popular contracts. There is a great deal of volatility in the stock. Volume is heavier than usual at 111 million shares vs. an average of 27.7 million. 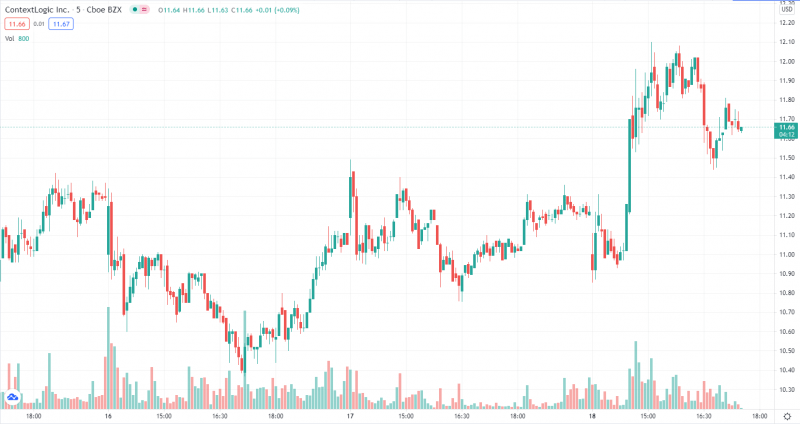 The Fed certainly put a damper on the stock market with its inflation and interest rate remarks. The selling has spilled over into some major meme stock names, including GameStop. Shares of GME are headed into the weekend lower by about 2%. The company had some actual news for investors to trade on today.

GameStop is reportedly restocking the PS5 on its shelves, but the product is reserved for the gaming company’s loyalty customers who are PowerUp Rewards members. The restock is first-come, first-serve for members and it is unclear whether or not GameStop will open up the restock to the general public.

On the trading front, there could be more volatility ahead. According to a Goldman Sachs report cited by Reuters, some USD 818 billion in “single-stock equity options” is set to expire today. The surge in options demand has been a consequence of the retail investor push into meme stocks including GameStop and AMC Entertainment. Open interest in single stock options is reportedly hovering at January highs of close to USD 3 trillion based on the notional value, Goldman analysts say.