The report examines the recent bout of US inflation and examines its consequences for the automotive industry.

One key takeaway from the report is that the cost of raw materials has risen sharply since mid-2020. “In the past year, the raw material cost in an average U.S. vehicle has been steadily rising, increasing ~87% from a low point of approximately $2,200/unit in Apr '20 to now roughly $4,125/unit in May '21,” the report found. “During this raw material cost inflation, average transaction prices seem to have stalled, although [they] still remain elevated at record high levels.”

The average vehicle is composed of 39% steel and 11% aluminum. The increase in raw materials cost has been concentrated heavily in high steel prices; the Bank of America report estimated that the average cost per pound for steel used in automotive manufacturing has increased 106% year over year as of last month. This is “relatively alarming,” according to the report, given the high makeup of steel in the average vehicle. 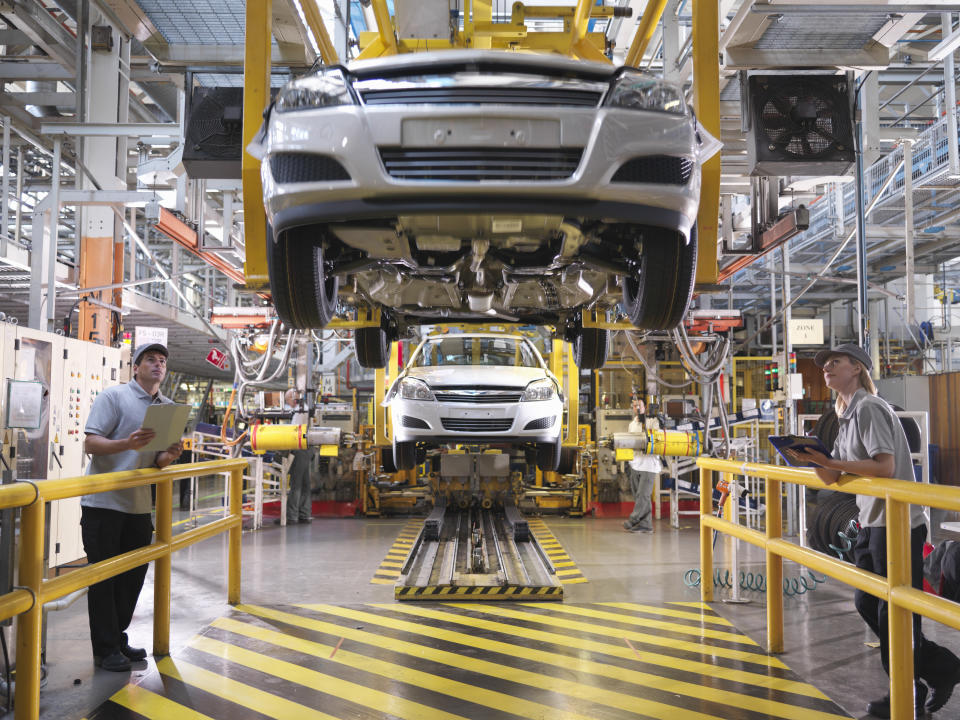 Suppliers and original equipment managers (OEMs) are expected to bear the brunt of rising material costs, with the latter facing even greater exposure to indirect costs from the former.

Rising inflation costs, plus pre-existing damage to supply chains caused by the pandemic present problems for both groups. “The automotive value chain is already facing significant headwinds from supply chain disruptions and production stoppages,” the report noted, “which continue to pressure margins in addition to rising raw material costs.”

The costs of raw materials have risen so greatly that they now make up a significantly larger percentage of the price of a vehicle. “The cost of raw materials in an average vehicle as a % of the average transaction price (ATP) in the U.S. reached historical lows around 6% (5.9% in April '20) at the beginning of the COVID-19 pandemic, driven by historically low raw material costs and all-time high average transaction prices,” the report found. “However, this cost ratio has since increased, now reaching ~11%, as commodity prices have bounced materially off of lows and ATPs have remained near peak levels.”

By the end of spring, raw material costs had approached post-2000 historical levels, while average transaction prices remained essentially unchanged, posing “significant headwind for companies at the front end of the value chain,” according to the report.

Rising inflation has been an issue of concern for several months now, with the Bureau of Economic Analysis reporting Friday that the price index tracking personal consumption expenditure (PEC) rose 3.9% year over year as of May 2021. This is the index's highest level since April of 2008.