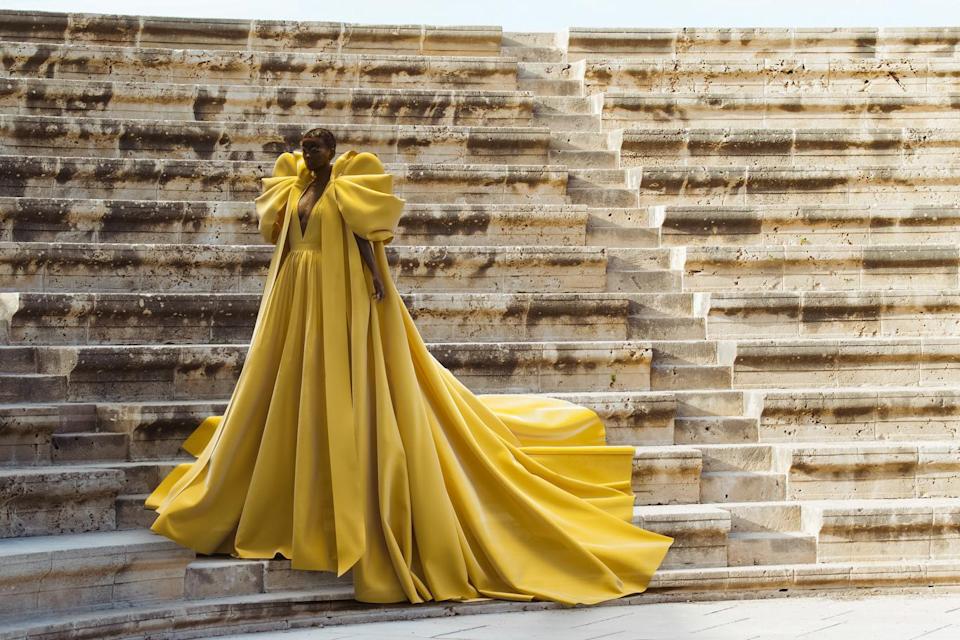 LONDON — Bankrupt Ralph & Russo may have been sold last week, but another legal and financial drama, involving one of its cofounders, has only just begun.

The joint administrators who handled the sale of the couture house to Retail Ecommerce Ventures have filed suit against Tamara Ralph in England’s High Court, and are seeking damages of 20.8 million pounds.

In a series of witness statements lodged at the High Court in May and June, Paul Appleton of Begbies Traynor Group, one of the joint administrators, and Daniel Morrison, the lawyer representing him, accuse Ralph of siphoning money from the company, financial mismanagement, and breaching contractual obligations by attempting to set up a competing business.

Ralph has robustly denied the claims, calling them “misconceived and demonstrably false.”

Appleton said the company’s problems started long before COVID-19 struck Britain, and accused Ralph and Ralph & Russo directors of “serious unlawful conduct, which had the effect of stripping the company of its cash reserves and leaving it without working capital to pay its liabilities as they fell due.”

He noted that Ralph & Russo raised around 70 million pounds in third-party investment between 2009 and 2019, yet “the cash reserves have almost been entirely depleted, with the company being balance sheet insolvent.”

A last-ditch effort earlier this year to raise cash to keep the company afloat failed, Appleton said, noting that Ralph & Russo never maintained “proper books or records” and had no system in place to monitor inventory, with 31 high-end garments missing.

Appleton accused Ralph of breaching her contractual obligations with the fashion house by attempting to set up a new company at the same time the bankrupt one was being sold; of failing to make pension contributions and, instead, diverting the money to help cash flow; of taking unauthorized loans from the company, and racking up thousands of pounds in bills at places including The Berkeley Hotel in Belgravia.

The administrator said as people tried to rein in Ralph’s spending, she would revert to her “modus operandi…which is to claim harassment to seek to obstruct her colleagues, and others, from restraining her inappropriate behavior.”

Morrison, the lawyer representing the administrators, said in a separate statement there is a “clear narrative showing that (Ralph) and Mr. Russo, treated the (company’s) money as their own, consistently misappropriating the (company) funds for their own benefit. Most disturbingly, these patterns of spending continued until at least December 2020 — a time when the fragile financial state of the company would have been extremely clear to (Ralph).”

Michael Russo, who is not a subject of the lawsuit, could not be reached for comment at press time.

Ralph, who will submit her defense in the coming weeks, responded with a statement saying “the claims made against me are misconceived and demonstrably false. I am constrained in what I can say about these claims pending my formal response but, if they are not withdrawn, I look forward to responding to, and defeating them through the proper legal channels.

“I worked tirelessly over 11 years to build and develop the Ralph & Russo brand and gave my all to the business, its customers and to the team. The last 18 months have been the most difficult of my career, and I believe these ill-founded claims are the latest part of a concerted campaign to bully, silence and coerce me. It is particularly regrettable that this is happening in an industry that champions women’s rights.

“It was long before my resignation that I first voiced my experiences of this demeaning and abusive treatment, only for my concerns to be trivialized and dismissed. I look forward to telling my side of the story in due course.”

Last week, in a separate statement, Ralph said she has new plans in the works “and cannot wait for this exciting new chapter in my life and career. I have so much gratitude in my heart for the love I have around me, and the support people have shown me through this time. I look forward to taking my creative energy and drive in a new direction.”

When they announced the sale last week Appleton and his fellow administrator Andrew Andronikou of Quantuma Advisory, said they saw “an immense amount of global interest,” in Ralph & Russo. In the end, REV, the owner of Pier 1, Radio Shack, Dressbarn and Stein Mart brands, was the successful bidder.

Ralph & Russo was placed into administration, or bankruptcy protection, in March. It blamed the pandemic and subsequent lockdowns for the collapse of the business.

It was one in a long list of British brands and retailers to collapse under the weight of lockdown closures and travel restrictions. Before filing for administration, the company mothballed the atelier, which had specialized in creating lavish outfits for weddings and other formal occasions, due to the effects of the pandemic.

Adding to its many problems, it was also the subject of a lawsuit by Candy Ventures, an investment company belonging to the luxury real estate mogul Nick Candy.

The suit, filed in the British High Court earlier this year, involved the disputed terms of a 17-million-pound loan. Candy had loaned the money to the company, and in doing so, became a minority investor.

That suit has since been canceled as part of the Ralph & Russo administration.

The business was founded in 2010 by creative director Ralph and her former partner Russo, formerly chief executive officer.

In its heyday the company made dresses for high-profile clients including celebrities and royalty. Meghan Markle wore a Ralph & Russo skirt and top for her official engagement picture in 2017. Jennifer Lopez, Rihanna, Kaia Gerber, Gwyneth Paltrow and Bella Hadid have all been snapped wearing the brand’s feminine, embellished designs for red-carpet events.

At its height, Ralph & Russo employed 350 people in the U.K., and was well-known for its client service. Ralph and her team constantly traveled for fittings and client appointments and provided top customers with films of their dresses being made in the vast London atelier.