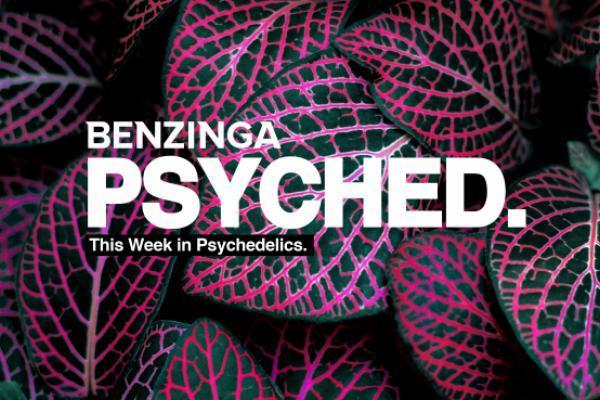 The Nasdaq welcomed its third psychedelics company this week, with the acquisition of MagicMed Industries by Enveric Biosciences (NASDAQ: ENVB) in an all-stock deal.

"It's a really exclusive group listed on the Nasdaq, and that access to capital is going to be a game-changer for everybody,” MagicMed's CEO and president Dr. Joseph Tucker told Benzinga.

Listing on the Nasdaq, acknowledged Tucker, provides companies with an attractive opportunity for raising capital.

Upon closing the acquisition, Tucker will become CEO at the new company and David Johnson, currently CEO of Enveric, will become executive chairman.

MagicMed Industries is researching second-generation psychedelic molecules with the aim of developing medicine for various mental health conditions. With this acquisition, Enveric also obtains a new research and development arm.

"The way that we see this is very complementary,” Tucker said. “We've got this whole drug development and early-discovery side, which makes a lot of great potential drug candidates, but we don't have this later stage clinical trial capability. We're kind of like two halves of one company."

During a Wednesday Senate budget hearing, Francis Collins, director of the National Institutes of Health (NIH) expressed positive remarks about the therapeutic potential of psychedelics such as psilocybin and MDMA.

“I think as we’ve learned more about how the brain works we began to realize that these are potential tools for research purposes and might be clinically beneficial,” Collins said.

The NIH is the country’s main health agency responsible for public health research. As its director, Collins stands as the highest ranking health officer in the federal government.

Collins said there has been a resurgence of interest in psychedelic drugs and noted that psilocybin has been tested in three randomized, controlled trials for depression, showing signs of potential interest.

“That could be quite exciting because we all are looking for new approaches to that.”

These agencies, he estimates, will “want to have a hard look” at these treatments over the course of the next year.

Mynd Life Sciences Inc. announced on May 26 that its shares are now listed in the Canadian Securities Exchange under the symbol “MYND.”

The company holds a Health Canada license enabling it to undertake studies on psychedelics in collaboration with research facilities at the University of British Columbia’s Michael Smith Laboratory.

“Our key differentiator is built upon our proven leadership, the caliber of our Chief Science Officer and his research team, and our innovative intellectual property portfolio,” Mynd CEO Dr. Lyle Oberg said.

Delic acquired Complex Biotech for a sum of CA$7 million ($5.7 million). The lab will be renamed “Delic Labs” and will become the research arm of the Delic platform.

The company plans to use the newly-purchased facility to build an IP portfolio of psychedelic molecules. Complex Biotech lab has recently received a Health Canada exemption that allows it to perform psilocybin research.

Dr. Markus Roggen, CEO of Complex Biotech, will remain on board as president and chief scientific officer of Delic Labs.

"The Delic platform now allows us to reach much broader psychedelic and medical communities and help ensure cutting-edge treatments become accessible for all. We believe our IP and innovative findings will enable Delic to become the leader in psychedelic wellness discovery and treatment,” Roggen said.

Silo Pharma (OTCQB: SILO) has submitted an application to uplist to the Nasdaq. The company received board approval to uplist in April and now needs to pass approval by the exchange and other regulatory requirements.

Mydecine Innovations Group (NEO: MYCO) (OTC: MYCOF) has received an expansion of its cultivation license by Health Canada. The company said it will ”begin construction of expanded cultivation facilities in an effort to scale its supply of pharmaceutical grade psilocybin.” The increase in production could allow the company to improve its research into the therapeutic applications of psilocybin.

Field Trip Health Ltd. (CSE: FTRP) (OTCQX: FTRPF) has received conditional approval to list its common shares and warrants on the Toronto Stock Exchange (TSX). If all requirements and conditions are met, Field Trip will delist its shares from the CSE and move them into the TSX.

NeonMind Biosciences (CSE: NEON) announced its stock has begun trading in the OTCQB market under the symbol NMDBF.