No doubt the gig economy is still the rage and growing.

But many freelancers, contractors and temporary workers who may be weary of all the hustling, the instability and the scant benefits are switching to more traditional jobs as the economy reopens after more than a year of COVID-19 shutdowns, federal data show.

And with dire labor shortages gumming up the gears of commerce, there may never be a better time to shift to a less nomadic career.

That's because companies are bumping up wages, sweetening benefits and letting many employees work from home after such remote set-ups went smoothly during the pandemic, blunting a key advantage of gig jobs.

The number of Americans employed through temporary help services fell by 111,000 in April, second most on records dating to 1990, Labor Department figures show. No. 1 was the loss of 948,000 temp workers as the pandemic upended the economy a year earlier.

While the reason for last month's decline isn’t clear, it appears that many of the temps were converted to permanent staffers or left their gigs for permanent jobs, says Mark Zandi, chief economist of Moody’s Analytics.

“If (businesses) are feeling good about the future, they’re going to rely less on temporary help and more on full-time workers,” Zandi says.

Indeed, from February to April, the number of part-time workers also fell by 85,000 to 25.5 million while the ranks of full-time workers surged by 1.3 million to 125.6 million, according to Moody’s and Labor Department figures.

The rise in permanent and full-time workers amounted to a bright spot in an otherwise disappointing jobs report that tallied 266,000 payroll gains, well below the nearly 1 million projected. 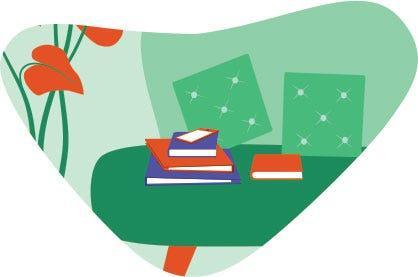 The worker deficit likely also contributed to the drop in temporary workers, with many declining to accept short-term assignments.

Economists mostly chalked up the modest advances to worker shortages, with many unemployed people preferring to stay on enhanced jobless benefits and others caring for children or ill relatives. In fact, the worker deficit likely also contributed to the drop in temporary workers, with many declining to accept short-term assignments, says Lori Gajdzik, branch manager of an Express Employment Professionals franchise in Crystal Lake, Illinois.

Last summer and early this year, the pool of temporary workers dispatched by staffing agencies surged by 100,000 or more per month in a sign that businesses were posting an increase in sales amid a reopening economy or rising vaccinations. Yet many were leery of bringing on full-time workers while the recovery’s prospects were uncertain.

Now that the nation is fast approaching herd immunity and expected to be fully reopened by July, more employers are seeking to hold onto qualified employees for the long term, especially when they’re facing severe labor shortages, staffing officials and economists say.

'Taking good talent where they see it'

They’re clearly jumping at the opportunity to hire,” Gajdzik says. “They’re taking good talent where they see it.”

So far this year, clients have converted 132 of the temporary workers placed by Express to their own permanent employees, up from 96 during the same period in 2019 and the most in recent memory, Gajdzik says.

“The rate at which employers are choosing to convert temporary workers to full-time has accelerated at a pace I haven’t seen in years,” says Amy Glaser, senior vice president of staffing firm Adecco.

Many of the conversions are happening in manufacturing, warehouse, call center and administrative office jobs, Gajdzik and Glaser say.

Ruben Alvarado, of Marengo, Illinois, lost his job making equipment for the oil and gas fracking industry 10 days ago when the manufacturer moved to Texas.

“I thought it would take some time to find another job and I’d go through (temporary assignments),” says Alvarado, 29. 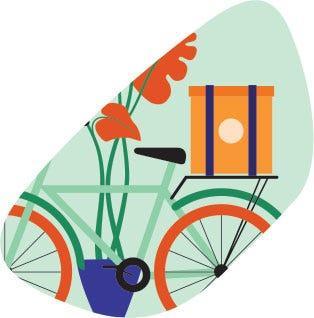 Staffing Industry Analysts, a research firm, has estimated that as much as 30% of the labor force is made up of people who perform gig work at least some of the time.

Instead, he worked as a temporary computerized factory machine operator at a forklift manufacturer for just a week before he was hired to do the same job as a permanent employee with a 15% bump in pay.

“Just one week and I was hired on right away,” he says.

An information technology company flipped about a quarter of its 500 or so contract workers to full-time, permanent staffers after other contractors left to take permanent jobs at rival companies, says Michael Smith, global CEO of Randstad Sourceright, a staffing company.

Smith says it’s too early to declare that a longer-term shift from contingent to permanent workers is underway. Staffing Industry Analysts, a research firm, has estimated that as much as 30% of the labor force is made up of people who perform gig work at least some of the time. Labor has said the share of people who do contingent work as their main job is far lower at around 10%.

After working as a marketing consultant for three years, Krista Canfield McNish of San Francisco took a permanent job late last year as marketing and communications strategist for a venture capital company. She preferred the flexibility her consulting business offered, noting the benefits and steady paycheck of a permanent position didn't sway her.

“There’s the flexibility to say, ‘I want to work these hours and not those hours. I want to take these projects and not those projects,” she says. She also enjoyed “taking your office wherever you happen to be,” including Saudi Arabia.

She took the job, she says, because she was excited to work with a diverse group of executives and the various startups in which her company invests.

Employers are going to greater lengths to attract permanent workers, with many offering sign-on bonuses to restaurant and retail workers.

Total compensation for U.S. workers rose 0.9% in the first quarter, the largest gain in more than 13 years, according Labor’s Employment Cost Index.

Freelancers and contractors typically don’t receive health, 401(k), vacation and other benefits. Temporary employees on the payrolls of staffing firms generally do receive such perks, though they’re often not as robust as the ones permanent staffers receive.

Companies, meanwhile, are giving permanent workers more flexibility, a selling point for millennials who may otherwise prefer gig jobs. A Gartner survey of HR leaders at 130 companies in December found that 90% plan to let employees work remotely at least some of the time even after much of the population is vaccinated.