Owning stocks ‘a privilege of the few’: Betterment CEO

The IPO filing by Robinhood on Thursday confirmed that a flood of new traders joined the stock-trading platform during the COVID-19 pandemic. In all, the company saw 17.7 million monthly active users with over 50% first-time investors, Yahoo Finance reported.

The data backs up some observers who've praised the rise of retail investing as part of a push to increase the role everyday traders play in the stock market.

But Sarah Levy — CEO of Betterment, an online investing platform — says stock trading remains "a privilege of the few," since the vast majority of equities are still held by the wealthiest Americans.

The U.S. has "a lot of work to do" to address the root problem of wealth inequality that shuts many people out of the markets, she told Yahoo Finance Editor-in-Chief Andy Serwer.

"There's no question that owning stocks and equities is a privilege of the few," she says.

"While we've democratized finance — to some extent we've made it accessible — you still need funds to be able to put into those vehicles," she says. "There's still an incredible wealth disparity in this country."

The wealthiest 10% of U.S. families own 84% of overall equities and 92% of directly held equities, according to a 2019 Federal Reserve survey analyzed by The New York Times.

The disparity in stock ownership has drawn attention throughout the pandemic, as strong market performance has delivered immense returns for wealthy individuals while the so-called real economy has suffered.

As of March, billionaires across the globe had added $4 trillion to their wealth during the pandemic, the Institute for Policy Studies found. Economists have described the relatively strong bounce back for wealthy individuals as a K-shaped recovery.

"We're seeing a K-recovery coming out of COVID," Levy says. "The lion's share of that wealth is accruing at the upper end." 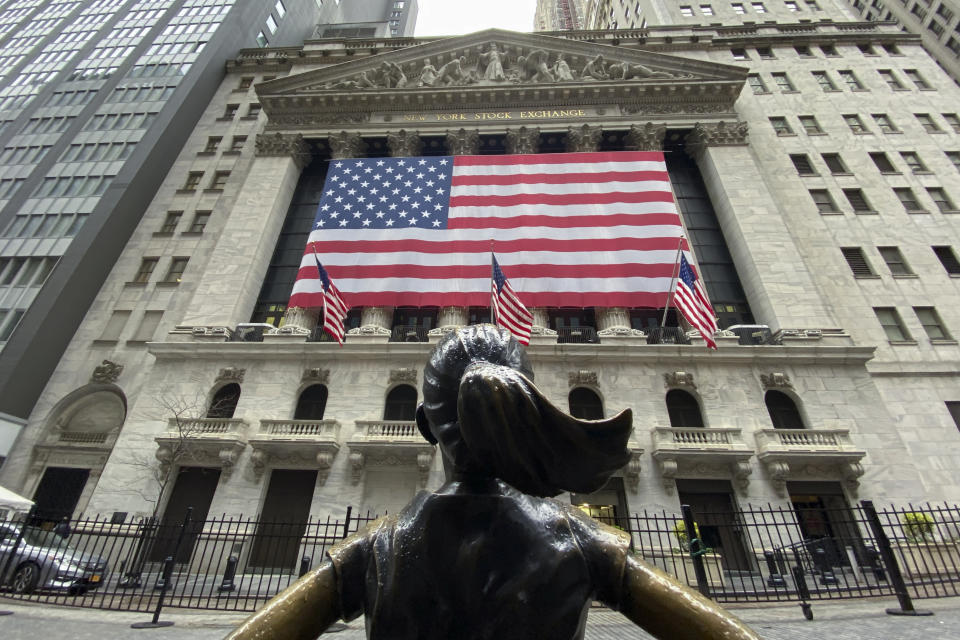 : Flags fly at full staff outside the NYSE on April 09, 2020 in New York City. Gov. Andrew Cuomo directed flags to be flown at half-staff for the victims of the coronavirus. (Photo by Kena Betancur/Getty Images)

The disparity in equities ownership will narrow when the U.S. addresses the undergirding problem of wealth inequality writ large, Levy said.

She cited recent government efforts to address the problem. Those include a Democratic push to raise the minimum wage as well as a proposal backed by 100 House Democrats last year that would cap compensation by mandating a ratio between CEO and employee pay at a given company.

"So I think there's a lot of information being brought to bear, but we've got a lot of work to do as a country before the market is really an equitable place for all to acquire more wealth."