From the outset, many market traders had high hopes for electric delivery van maker Workhorse Group (NASDAQ:WKHS). Even to this day, there are plenty of WKHS stock bulls – but their patience and confidence may be wearing thin. 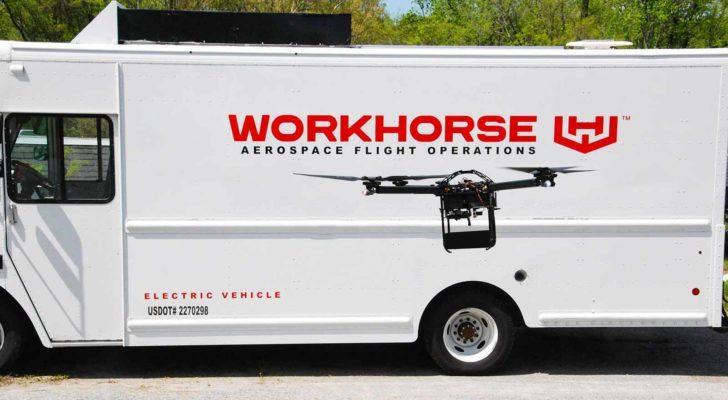 Image of a Workhorse (WKHS) logo and drone on the side of a truck.

Don’t get me wrong – on a long-term basis, the shareholders have done quite well. Yet, as we’ll see, the first half of 2021 left much to be desired.

Still, Workhorse’s growth story certainly isn’t finished yet. There’s hope on the horizon – if the company can let go of past grievances, that is.

If stubbornness is a sin in the markets, then Workhorse might be adjudicated guilty on all counts. It’s a persistent problem that could continue to weigh on the company, and on the share price.

A Closer Look at WKHS Stock

There’s no denying that patient investors have earned substantial returns from WKHS stock.

In March of 2020, the shares were priced at around $2 apiece. We now know, in hindsight, that this was a heck of a bargain.

Fast-forward to 2021, and the share price is radically different. WKHS started the year off near $21, only to fly to a breathtaking 52-week high of $42.96 in early February.

I’ve said it before, and I’ll say it again: price chasers often get punished. Thus, folks who bought Workhorse shares near the $40 level didn’t fare well if they held through the ensuing months.

That’s not horrendous, but the stakeholders will definitely want to see that number turn positive, and preferably this year.

When Buying the Rumor Goes Wrong

In case you didn’t get the memo, Workhorse really wants to have the United States Postal Service (USPS) as a customer.

In early 2021, optimism ran high among the company’s investors. Rumors swirled about Workhorse being on the verge of winning a contract from the USPS.

There’s an old saying in the financial markets: buy the rumor, sell the news.

In other words, it’s not necessarily a terrific strategy to load up on a stock during a rumor-fueled hype phase, as this often leads to disappointment when reality sets in.

As it turned out, the coveted USPS contract ended up going to rival Oshkosh (NYSE:OSK) in late February.

With that, it seems as if some traders have abandoned all hope for Workhorse. I’m not suggesting a pessimistic outlook, but there is an issue I’d like to point out.

Not long ago, Workhorse filed a formal complaint with the United States Federal Court of Claims against the USPS.

This was after Workhorse had previously requested additional information from the USPS, as well as met with USPS representatives to “discuss the award and further specifics of the USPS selection process.”

Initially, and very briefly, investors pushed up the WKHS stock price upon receiving the news of Workhorse’s formal complaint against the USPS.

Then, the share price went right back down. Perhaps it’s not a good look, battling against the Post Office in what’s clearly a lost cause.

The point here is that Workhorse needs to pick its battles more carefully. Dragging out the USPS contract war isn’t a productive strategy.

Instead, the company should concentrate on other potential clients, and on keeping the current clients happy.

For the first quarter of 2021, Workhorse produced a grand total of 38 C-Series vehicles year-to-date.

That’s paltry, and Workhorse needs to do better. This would require a change of course, though: the right path is forward, not backward.

Workhorse fans probably won’t like what I’ve written, but I’m actually trying to help the company.

When I’ve lost money on an investment, I learn from it and move on. Acceptance of loss is extremely important, and beneficial for all parties concerned.

I genuinely hope that Workhorse drops its complaint against the USPS and re-focuses its efforts.

The company’s shareholders should also hope for this outcome – really, they should demand it.

David Moadel has provided compelling content – and crossed the occasional line – on behalf of Crush the Street, Market Realist, TalkMarkets, Finom Group, Benzinga, and (of course) InvestorPlace.com. He also serves as the chief analyst and market researcher for Portfolio Wealth Global and hosts the popular financial YouTube channel Looking at the Markets.